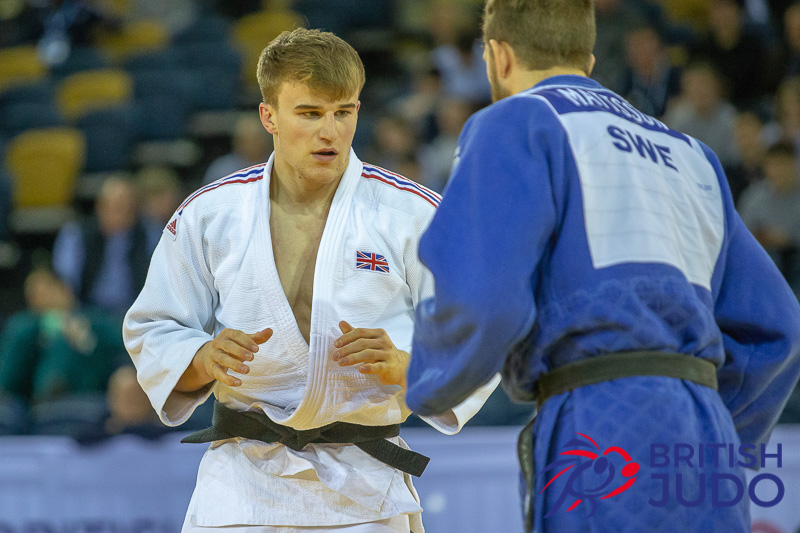 Ten GB judoka will be hoping to make their mark at the 2018 U23 European Judo Championships in Gyor, Hungary from Friday 2 to Sunday 4 November.

GB Judo have medalled six times at the last three U23 Europeans including -63kg gold medals for Amy Livesey (2015) and Lucy Renshall (2016).

Each member of the GB team has enjoyed international success in 2018 with medals at Junior World Championships, Grand Prix, European Open and Senior European Cup level.

Steele and Short both won gold in front of a home crowd at the Glasgow European Open last month and are making their first appearances at this level of competition.

Short’s gold was his first international medal and the Edinburgh judoka will want to bring that form to the mat in Hungary.

Nairne just missed out on a bronze medal in Glasgow but she won her first senior international medal this year with bronze at the Orenburg Senior European Cup in May.

Piovesana, who won bronze at last year’s Junior World Championships, will be looking to add U23 silverware to her collection following some big results in 2018 including Minsk European Open gold.

Eric Ham (-73kg) has had a number of strong performances in 2018 including two fifth places at Senior European Cups as he looks to follow in the footsteps of Dan Powell who won -73kg bronze last year.

-81kg judoka Stuart McWatt has been in good form this year with golds at the Saarbrucken and Bratislava Senior European Cups and a silver at the Glasgow European Open.

The 21-year-old has made his senior World and European debuts this year and has fought a number of the best -81kg fighters this year on the IJF World Tour.

The final day of competition (Sunday 4 November) should be a busy one for GB Judo with four fighters stepping on the tatami.

Shelley Ludford (-78kg) goes in off the back of two outstanding results last month winning bronze at the Junior World Championships in Nassau and silver at the Glasgow European Open.

The Judo Club Osaka judoka has been at -78kg for less than a year but has already had impression at her new weight.

At -90kg the duo of Harry Lovell-Hewitt and Jamal Petgrave have both tasted international success in 2018.

Lovell-Hewitt made a strong start to 2018 with a number of Junior European Cup medals including gold in Lignano.

Petgrave is a former Junior European medallist, winning bronze in Maribor last year. The Westcroft product has continued that medal winning form this year with silvers at the Orenburg and Celje-Podcetrtek Senior European Cups and bronze at the Glasgow European Open.

Rhys Thompson (-100kg), pictured, has had two injury hit years since the 2016 Junior European Championships but the Team Bath judoka was in strong form at the Glasgow European Open last month, winning bronze.

Competition starts at 1000 UK time on each day with the final block at 1500 on Friday and Saturday and 1400 on Sunday.

You can watch all of the judo on eju.net and follow @BritishJudo on Twitter for updates on the British team. The full draw will be on ippon.org 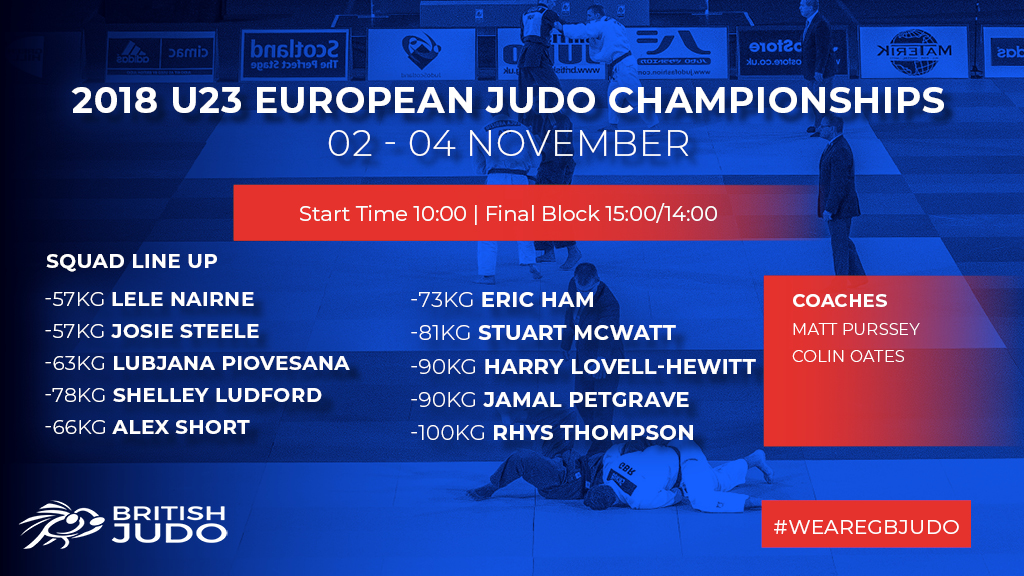 Superb silver for Nairne at U23 Europeans Scroll to top
Select the fields to be shown. Others will be hidden. Drag and drop to rearrange the order.
Click outside to hide the compare bar
Compare