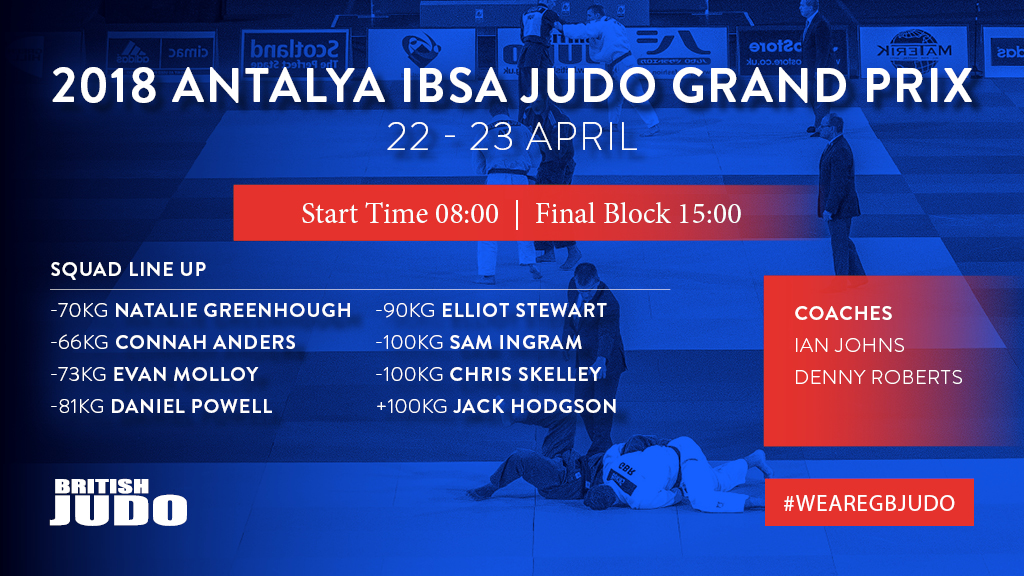 The GB Judo VI Team will take on a world-class field at the 2018 Antalya IBSA Judo Grand Prix on Sunday 22 and Monday 23 April.

The Grand Prix in Turkey is the first world ranking event of the year and will play a key role for start of Tokyo 2020 qualification at the World Championships in Portugal later this year.

Eight GB judoka will be looking to make their mark on the Mediterranean Coast this weekend.

The British fighter will do well to secure a top eight placing in a very strong -73kg category that includes all four medallists from last year’s European Championships including current Paralympic champion Ramil Gasimov (AZE).

London 2012 Paralympian Powell has put in a couple of solid bronze medal performances in Germany and Brazil since his return to international competition but the Grand Prix in Antalya will be a step up.

The experienced Ukrainian Oleksandr Kosinov will be aiming to add another medal to his collection in an entry that includes Paralympic, World and European medallists.

The second day of competition (Monday 23) will be a busy one for GB Judo with five judoka stepping on the mat.

At -70kg Natalie Greenhough will be aiming for her first senior world ranking medal following a bronze medal in Brazil last month.

Brazil’s Paralympic silver medallist Alana Maldanado will be the top seed in Anatalya.

Elliot Stewart (-90kg) has impressed since he made his bow on the international VI Judo circuit last summer with fifth at the IBSA European Championships. 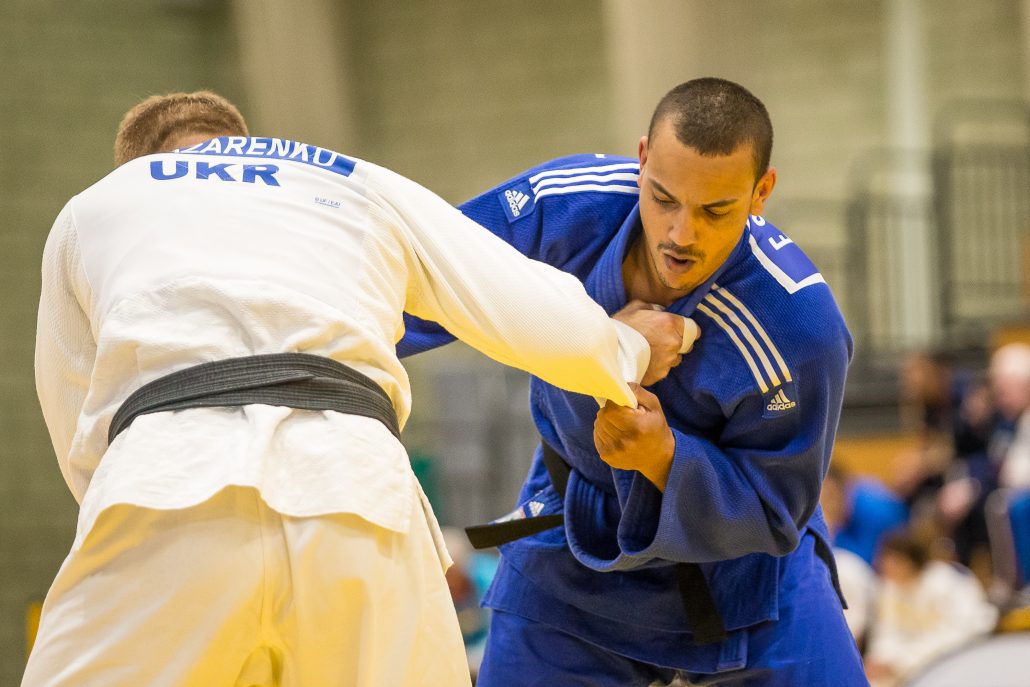 Stewart (pictured, above) backed that up with bronze at the Tashkent World Cup last October and gold in Brazil last month.

The Birmingham fighter will be up against an entry that is truly world-class with up to nine judoka in with a good shout of the medals including Oleksandr Nazarenko (UKR), Rovshan Safarov (AZE) and Yuhan Lee (KOR).

At -100kg Sam Ingram and Chris Skelley will be among the favourites for the medals in Antalya. Double Paralympic medallist Ingram made a big impression at his new weight last year with gold in Tashkent.

Ingram beat teammate Skelley in a close final and the younger judoka will want to continue his fine run of form that has seen him medal at every event since Rio 2016.

Korea’s double Paralympic champion Gwanggeun Choi and Russia’s Abdula Kuramagomedov will be among the main challengers for the top spot on the rostrum.

Grimsby’s Jack Hodgson will have to be at his best to medal in Antalya at +100kg with the likes of Ilham Zakiyev (AZE), Gaidar Gaidarov (RUS) and Wilians Araujo (BRA) entered.

The British fighter has had some good performances in the last year with silver at the Tashkent World Cup last October the standout result.

As it stands competition will start at 0800 on both days with the final block at 1500. Full results and live stream can be found here: http://ibsa.judo.gov.tr/

Tough first day at Antalya IBSA Judo Grand Prix Scroll to top
Select the fields to be shown. Others will be hidden. Drag and drop to rearrange the order.
Click outside to hide the compare bar
Compare