You are here: Home / Clubs / Exciting start to 2018 British Championships 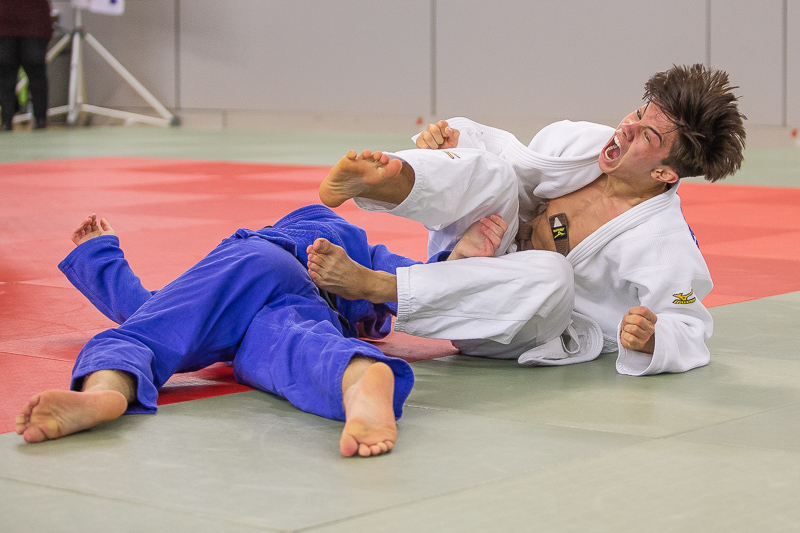 Over 300 judoka ensured the crowd at EIS Sheffield were never short of entertainment on day one of the 2018 Pre-Cadet and Cadet British Championships on Saturday 1 December.

There were ippons galore as the Pre-Cadet Girls and Cadet Boys showed their ability win in both tachiwaza and newaza.

A number of judoka impressed throughout the day including Judo Club Osaka’s Harry Zain-Prosser (-60kg). Zain-Prosser defended his title from 2017 with a terrific display of judo, winning three of his four contests on the way to the final by ippon.

He had to tough out his final against the impressive Bradley Stoke judoka Alexander Rijksen Salman. Despite having a waza-ari lead, Zain-Prosser was down by two shidos with half of the contest to go.

However, he showed his class to throw Rijksen Salman for a second waza-ari score, to the delight of his coach and the Osaka’s supporters.

It proved to be a good day for Judo Club Osaka with four medallists in the Boy’s competition, including three golds, with Harry Le Mare (-66kg Gold), Lewis Liney (+90kg Gold) and Joshua Leonard (-73kg Bronze) joining Zain-Prosser on the medal rostrum.

In the Pre-Cadet Girls the gold medals were spread evenly across all weight categories. At -36kg, Amelia Alder (Witley) had to come through a lung-bursting final to be crowned British champion.

The Whitley judoka went over two minutes into golden score before a waza-ari score gave her the win over Amie McMurray (Kingsley School).

You can find full results from today here>>>

Outstanding judo in Sheffield at British Championships Scroll to top
Select the fields to be shown. Others will be hidden. Drag and drop to rearrange the order.
Click outside to hide the compare bar
Compare
Wishlist 0
Open wishlist page Continue shopping