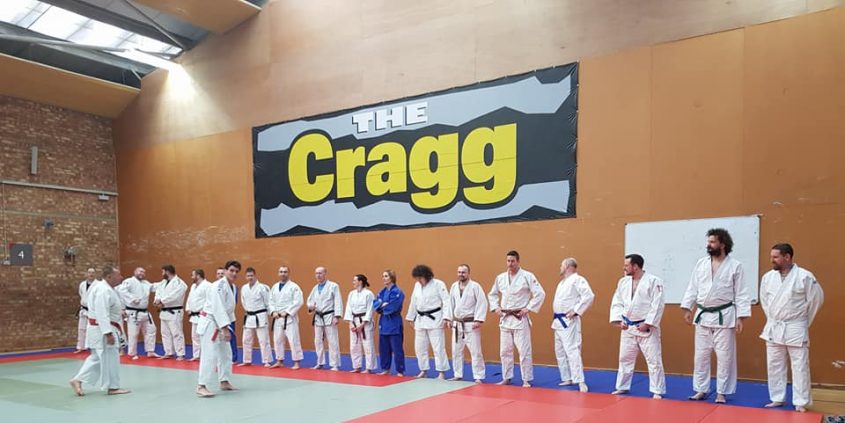 A programme of Monthly Masters sessions aimed at readying local Judoka for the European Masters in June and the British Masters in October kicked off with a session at Stowmarket Judo Club on Sunday 7th January.

An excellent turnout of 22 judoka from at least 12 different clubs were put through their paces by local coaches Kevin Charlton and Dave Martin.

Local Coach and Masters competitor Colin McCallum said “It was a fantastic day at Stowmarket Judo Club. It was good to see 20+ Masters on the mat and nice to catch up with some top people”

Spencer Holland of Littleport Judo Club showed the humorous side of Masters Judo when he commented “It was a great day but I probably won’t be able to walk tomorrow!”

There are 3 sessions during February that are being promoted as part of the programme;

If you aged 30 and over and are interested in taking part email laurence.kenyon@britishjudo.org.uk and he will be able to send you more information about the sessions along with a full list of the planned sessions.

Ole Bischof to lend technical expertise to WCPP judoka Scroll to top
Select the fields to be shown. Others will be hidden. Drag and drop to rearrange the order.
Click outside to hide the compare bar
Compare