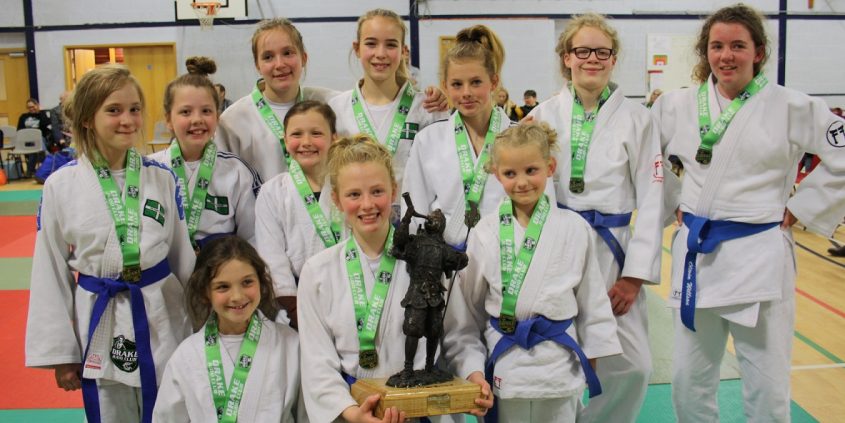 On Sunday as part of the ‘Blue Ribbon’ event at Drake’s 3rd Birthday Bash, they held a special event with a Cornish County Team taking on a Team from Drake Judo Club.

Cornwall and DJC are blessed to have some amazing girls in their ranks and this proved to be the case in the opening contests of the day. With some extremely competitive contests on show, and the atmosphere was electric but very supportive of both teams.

After 11 contests Drake took the win with 6 contests to Cornwall’s 5 with only one point in difference. The final score? 51:50

This was then followed by the boys contests. This again was a very competitive match-up and even though the scores didn’t really reflect the quality and closeness of the match ups, some great judo was on display and some very memorable throws throughout!

The atmosphere continued to be amazing with cheers and applause which only a team event offers!

The brand new “Drake Challenge Trophy” was presented to the respective Team Captains with Jessica winning for the girls side and Callum for the boys squad.

Special thanks go out to Cornwall Chairman Richard, who accepted the idea when Drake Judo Club first suggested it and to the Cornish Team Manager Eva for her usual passion in the chair. Thanks also go to all the Cornish clubs who put players forward, not only from the BJA but from the BJC and the AJA too.

We are already looking forward to next year! 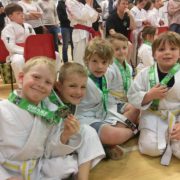 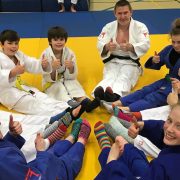 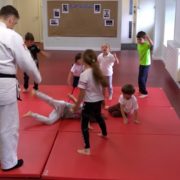 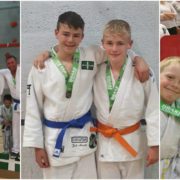 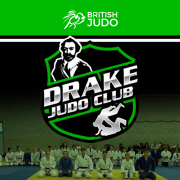 Bill Sargent Celebrates Receiving Life Membership Scroll to top
Select the fields to be shown. Others will be hidden. Drag and drop to rearrange the order.
Click outside to hide the compare bar
Compare