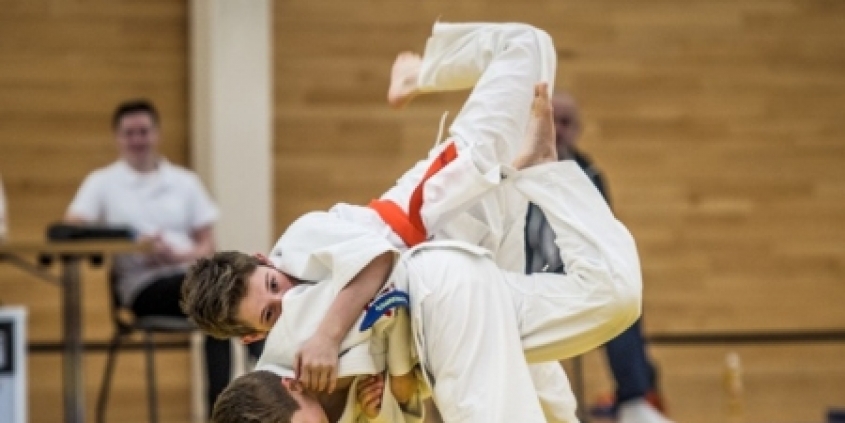 The Kent Closed sees the best junior and adult judoka in the county compete against one another across 29 different weight categories for the prize of being crowned Kent Champion.

Gold and Silver medallists from the event were given the added incentive of being put forward for the Kent Judo Team that represented the county at the Southern Area Team Competition on the 8th May.

The other event was an inaugural Kent Clubs Junior competition to encourage novices into a team competitive environment. The atmosphere for the event was electric with spectators and competitors cheering for their colleagues and Judo Clubs. The rulings being the participants must be from a Kent Club and hold a Kent Judo Licence to compete in a 3 person team representing their Club. 15 Judo teams entered the competition with all entrants receiving a medal and the winning Club receiving a coveted trophy.

“The day was a great success and allowed novice youngster to compete in a friendly environment with the friends and club colleges”, said Steve Hunter Kent Judo Chairman Steve Hunter.

British Judo Delivery Officer Sam Dunkley said: “I would like to congratulate all of those who worked so hard to make this day happen and also to thank all of the clubs who got involved and supported this pilot event for the county, making it a great success. It gives the county a good blueprint to work off of moving forward, with the ultimate aim being to give all of the young judoka of Kent as many opportunities as possible to compete in a friendly and professional environment”.

If you are live in Kent and are interested in taking part in judo and getting involved in Kent Judo visit http://www.kentjudo.org.uk.

The winning Kent Judo Clubs in their categories: