You are here: Home / GB Judo / Bronze for Nunn at European Cadets 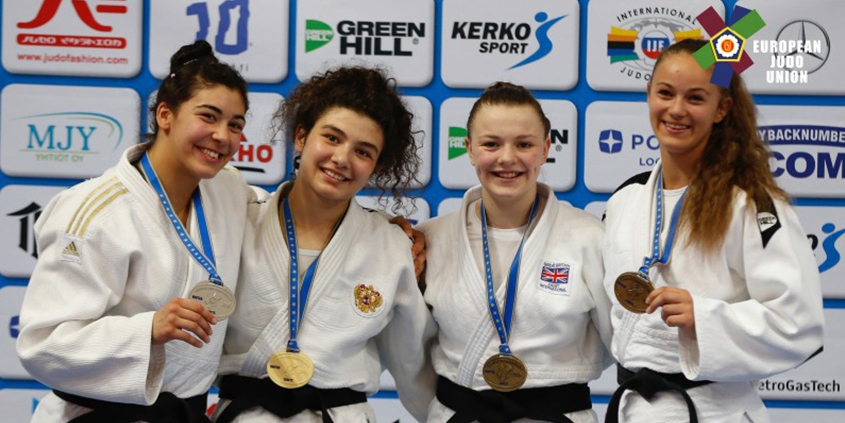 Chloe Nunn’s bronze medal performance was the highlight for the British team at the 2016 European Cadet Championships in Vantaa, Finland from 1 July to 3 July.

Competing in the -70kg category, Nunn came through four tough contests to finish on the podium starting with close win over Alexiane Cocqueret (FRA) by shido. She followed that up by getting the better of Vega Sachezprieto Landaluce (ESP) as she threw the Spaniard for ippon.

Nunn lost her semi-final to Portugal’s Patricia Sampaio however she recovered well in the bronze medal match against Melanie Dhaiby (FRA) scoring for both waza-ari and yuko as she proved too good for her opponent.

There were also seventh place finishes for Yasmin Javadian (-52kg) and Kelly Petersen-Pollard (-70kg). Javadian just missed out on a place in the bronze medal match as she lost on a shido in golden score to Gefen Primo (ISR).

Petersen-Pollard also just missed out on the bronze medal match by shido losing to Dhaiby.

Josh Giles was the best performing male player as he finished in ninth.

Dozen aiming for medals in Paks Scroll to top
Select the fields to be shown. Others will be hidden. Drag and drop to rearrange the order.
Click outside to hide the compare bar
Compare