You are here: Home / Featured / Bronze for Amy Livesey and Gemma Howell on Day 2 of Brasilia Grand Sla... 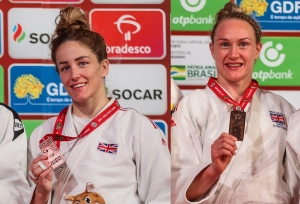 On day 2 of the Brasilia Grand Slam Amy Livesey (-63kg) and Gemma Howell (-70kg) both won bronze for British Judo. 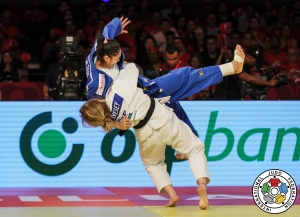 Livesey defeated Ryanne Lima (BRA) in round 2 before narrowly missing out on a place in the semi-final following defeat by the Asian-Pacific Champion Junxia Yang (CHN). 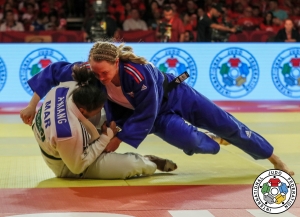 Later today on the final day of competition, Natalie Powell (-78kg), Max Stewart (-90kg) and Frazer Chamberlain (-90kg) are all in action. You can watch all the action live on the British Judo homepage from 3:50pm

Natalie Powell seals silver on final day of Brasilia Grand Slam Scroll to top
Select the fields to be shown. Others will be hidden. Drag and drop to rearrange the order.
Click outside to hide the compare bar
Compare