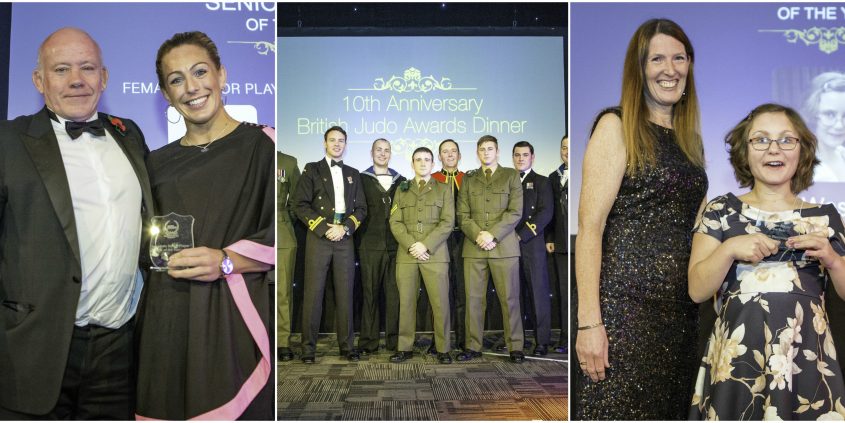 On Saturday 11th November 2017, British Judo will open it’s doors to over 300 guests at the 2017 British Judo Awards Evening at the East Midlands Conference Centre, Nottingham.

The Annual Awards Dinner is an important event in the British Judo Calendar, giving the Association the opportunity to recognise and celebrate the club volunteers, coaches, referees, officials and athletes who have achieved so much throughout the last 12 months.

We received a record number of nominations for the evening which demonstrates the outstanding dedication and commitment of the volunteers involved in the sport of judo across Great Britain. The awards recognise a select few who have made exceptional achievements this year, but our volunteers across the country contribute to making the sport a success in the UK, and to every one of them we are thankful!

Following consultation with the Nominations Panel, we are excited to announce this year’s finalists for the 2017 British Judo Awards: 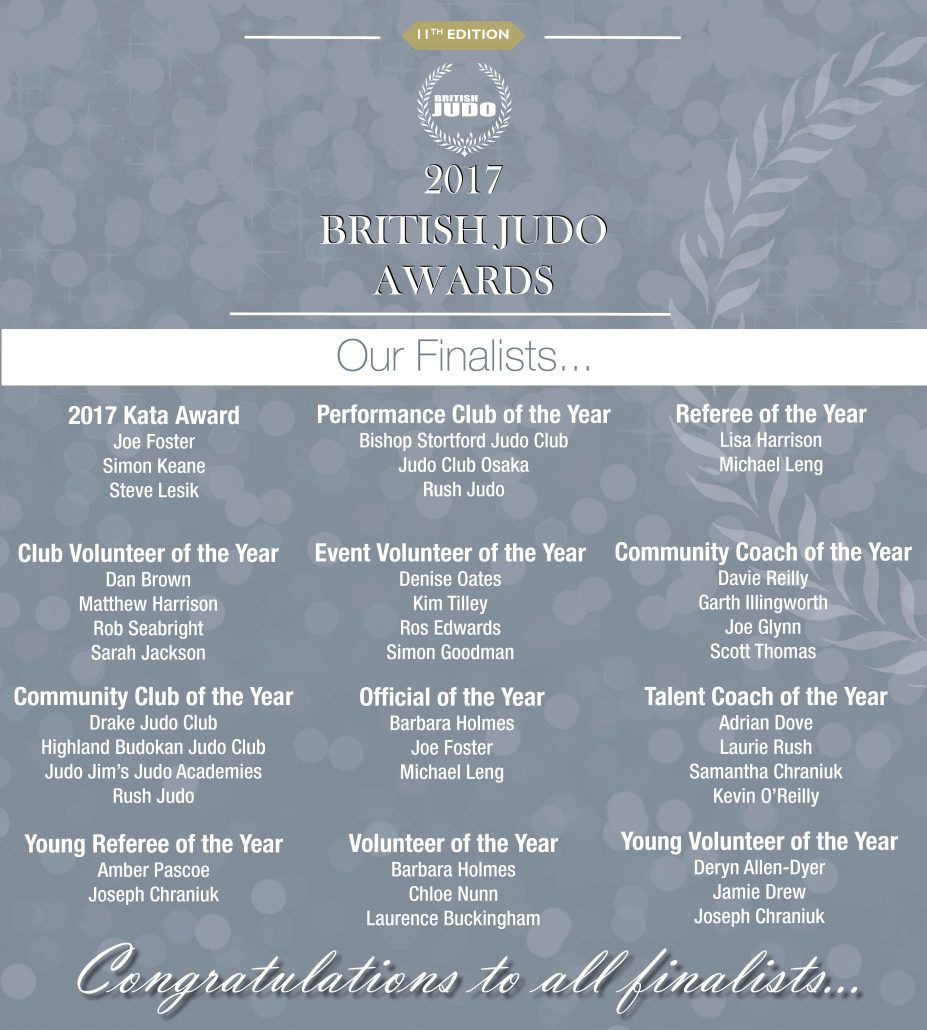 The 2017 Player Awards will be announced on the evening. Congratulations to all of those nominated for this year’s awards. It is the time, dedication and committed hard work of all of our volunteers that keeps our sport alive.

Join Us at the British Judo Roadshows!

Bid For Sally Conway’s Signed Rio 2016 GB Kit and Help Esme Hodges Walk... Scroll to top
Select the fields to be shown. Others will be hidden. Drag and drop to rearrange the order.
Click outside to hide the compare bar
Compare