You are here: Home / GB Judo / Bremen and Thuringia for British judoka 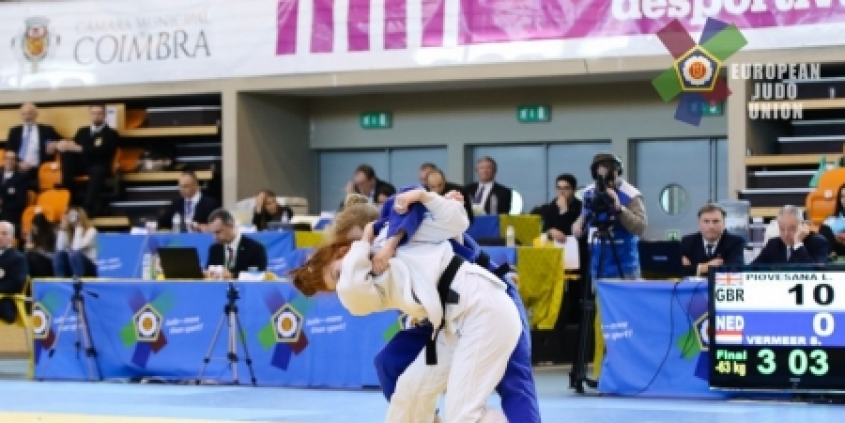 This weekend a number of Britain’s top cadet and junior judoka will be competing at the prestigious International Masters Bremen and International Thuringia Cup on Saturday 19 and Sunday 20 March.

Both events this weekend will be followed by training camps which will give the British judoka an opportunity to train with some of the top cadet and junior players at close quarters.

In Thuringia Michelle Boyle (+78kg) will be aiming to back up a strong performance at the Coimbra Junior European Cup which saw her pick up gold as will Lubjana Piovesana (-63kg) and Acelya Toprak (-57kg) who also medalled in Coimbra.

British Cadet champions Amy Platten (-44kg) and Molly Harvey (-48kg) will also be looking to gain important experience in what will be a tough competition.

Gold for Piovesana in Thuringia Scroll to top
Select the fields to be shown. Others will be hidden. Drag and drop to rearrange the order.
Click outside to hide the compare bar
Compare