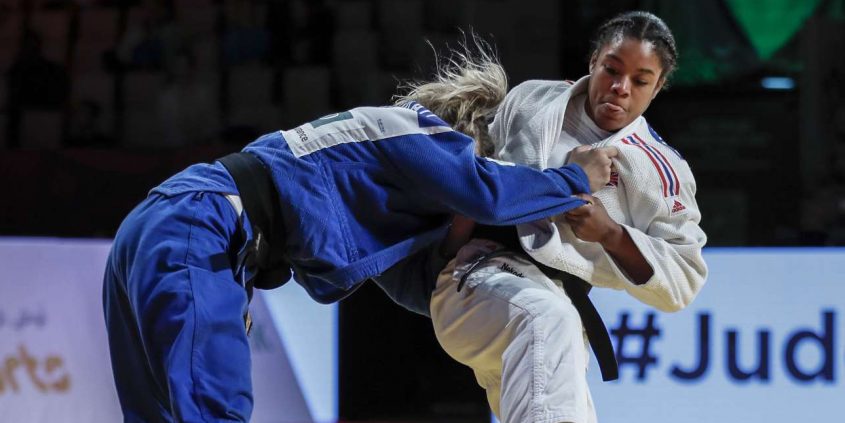 Nekoda Davis was the standout result for GB Judo on day one of the 2017 Abu Dhabi Grand Slam as she won bronze on Thursday 26 October.

The British judoka took on Canada’s World No.7 Jessica Klimkait for -57kg bronze, in a rematch of their round of 16 contest from the 2017 World Championships in Budapest.

On that occasion Davis came back from conceding an early waza-ari to win by ippon with a big throw. Once again Klimkait made the fast start as she put Davis under pressure with good movement and fast gripping.

The British judoka picked up a shido for failing to grip up but once she got a hold of the Canadian she controlled the contest. Klimkait picked up three shidos in quick succession as the pressure came on with the first for failing to attack while having a same side grip.

A second came as Davis forced Klimkait into a defensive posture before the third and final shido came not long after as she dropped for a false attack.

“I came to win today so the loss in the quarter final really knocked me and I found it hard to pick myself up for the bronze fight. I am glad I could finish off the day with the medal despite how I was feeling.”

Davis started her day with a solid win over Nazakat Azizova (AZE) as the Azerbaijan judoka struggled to match her opponents physicality. Davis forced her Azizova to pick up two early shidos for blocking the grip and a false attack.

A third and final shido followed soon after as both judoka failed to grip on an exchange.

Moving into the quarter-final against Anastasiia Konkina (RUS), Davis started strong throwing the Russian for waza-ari. Konkina responded well though and threw Davis for ippon off the very next exchange.

This dropped the British judoka into the repechage final where she took on Poland’s Anna Borowska. The Polish judoka proved to a tricky customer with Davis picking up an early shido for gripping up. Another shido followed not long after for the same offence though Borowska also picked one up at that time.

As the contest moved into the final minute Borowska picked up a second shido as she blocked a counter from Davis with her arm. The British judoka upped the tempo and forced Borowska back for a waza-ari with the Polish fighter tapping as Davis secured the hold down.

“Although Nekoda was not at her best today she still performed well enough to take the bronze. Since the Worlds she has been on a heavy programme in the gym and technically in the mat.

“The pleasing thing about today is some of the technical drills are working in competition already.” 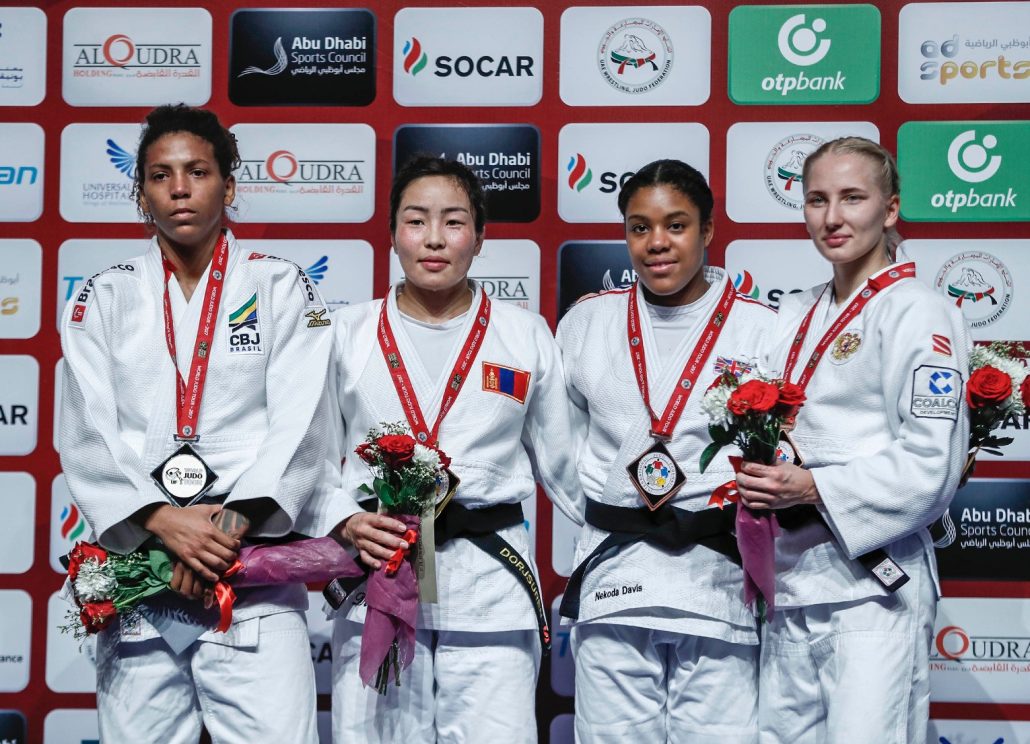 Kelly MacDonald made an impressive start at -52kg as she took on World No.12 Ecaterina Guica (CAN) in the second round. The Canadian made a good start but MacDonald responded well with a nice drop attack scoring waza-ari.

Two more waza-aris followed, both from good drop attacks as the British judoka controlled the contest well the beat the Canadian.

The quarter-final did not go her way though as she found herself an early shido down against Angelica Delgado (USA). The American judoka continued to put the pressure on and MacDonald was forced into two weaker attacks, both of which were given as shidos.

Dropping into the repechage final the British judoka took on the highly experienced Joana Ramos (POR). In a pretty even contest neither judoka was able to get ahead in regular time though MacDonald picked up a slightly harsh shido for passivity.

Golden score went for over three minutes with MacDonald forcing a shido on Ramos. However, just as the British judoka seemed to be getting ahead in the contest the Portuguese fighter threw MacDonald for waza-ari to take the win.

Bekky Livesey had a tough opening contest against Russia’s Daria Mezhetskaia. The British judoka made the better start though as she threw her opponent for waza-ari. The Russian levelled things up not long after and Livesey did well to stop a potential hold down.

Livesey continued to attack though but was countered well by Russian to go behind. As the British judoka went for a score in the final seconds, a nice bit of ashi-waza from Mezhetskaia finished the contest by ippon.

Tomorrow will be the turn of GB Judo’s middleweights with Amy Livesey (-63kg), Lucy Renshall (-63kg) and Gemma Howell (-70kg) in action.

Competition starts at 0730 UK time with live coverage via britishjudo.org.uk and you can follow @BritishJudo on Twitter for live updates on contests and build-up. 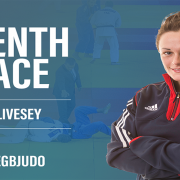 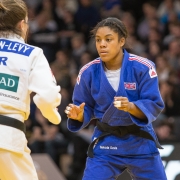 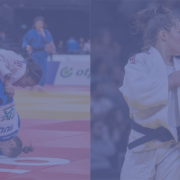 GB Judo Kata Team run course for members Scroll to top
Select the fields to be shown. Others will be hidden. Drag and drop to rearrange the order.
Click outside to hide the compare bar
Compare