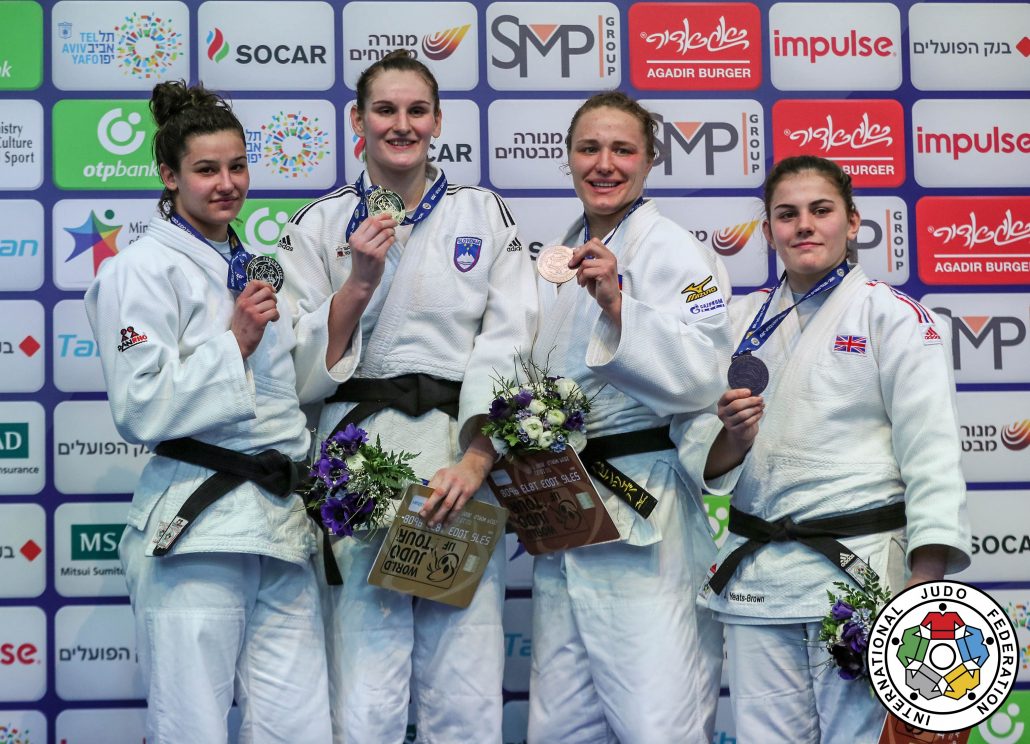 This was Yeats-Brown’s second Grand Prix medal of her career and her first since moving up to -78kg in May last year. The result will also give the WRL 34, 350 points towards Tokyo 2020 qualification and should move her inside the World Top 30.

Since the Ryecroft judoka moved up to -78kg she has claimed a fifth place at the World Judo Championships in Baku as well as a bronze medal at the Glasgow European Open.

Yeats-Brown had fought WRL 3 Powell before, losing to her more experienced teammate at the Budapest Grand Prix last year.

This time Yeats-Brown took her opportunity in the opening minute to throw Powell for ippon with a powerful drop sode.

“I am really happy with today’s medal. I’ve worked really hard the last few months to get my weight and strength up and it paid off today.

“I love fighting and can’t wait for the next one!” 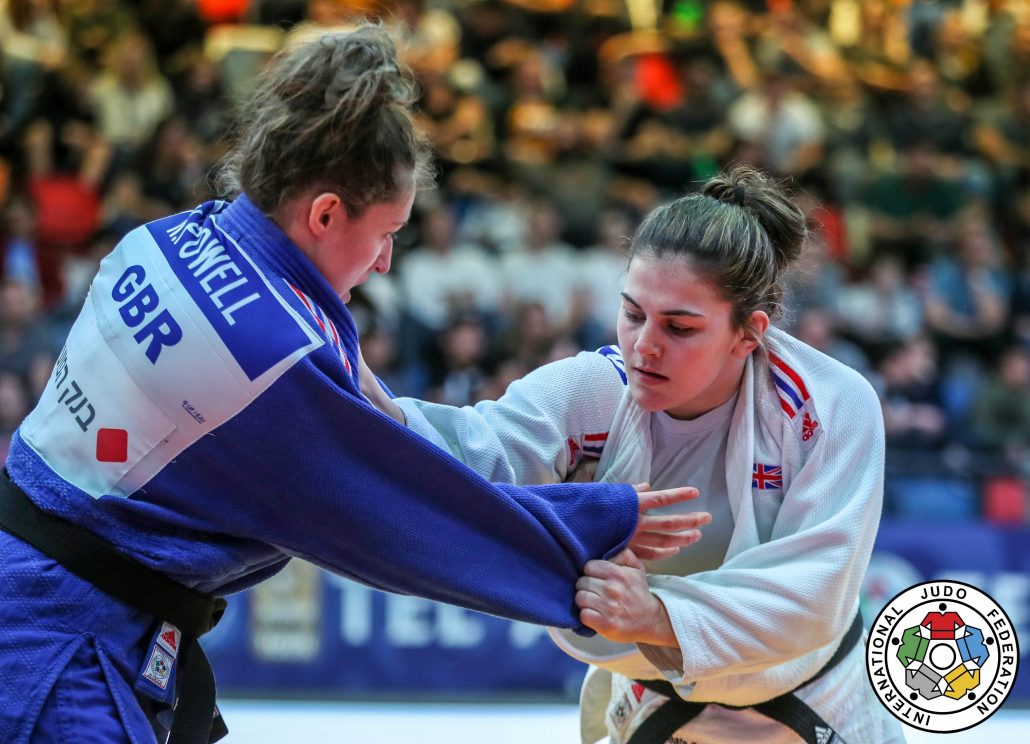 Yeats-Brown started her day with a hard-fought win over WRL 11 Karen Stevenson (NED) as she threw the Dutch judoka for ippon with just twenty seconds left in the contest.

Portugal Patricia Sampaio was too good in the quarter-final though. The Portuguese judoka’s higher attack rate meant that Yeats-Brown soon picked up two shidos.

The British fighter went behind by waza-ari in the final minute as she looked to get back into the contest and dropped into the repechage final.

There she faced Antonina Shmeleva (RUS) and had to bide her time against her Russian opponent. A waza-ari with three seconds left on the clock secured her place in the bronze medal contest.

Natalie Powell went into today’s competition as top seed and made short work of her first two opponents.

Two waza-ari scores saw off the challenge of Laia Talarn (ESP) before excellent transition into shime-waza forced Yahima Ramirez (POR) to tap in the quarter-final.

This set up a semi-final against Kosovo’s Loriana Kuka. It was a physical and tactical contest, but it was Kuka who took the win as she countered Powell for an ippon score.

-90kg judoka Frazer Chamberlain took on Jesper Smink (NED) in the second round. The Dutch judoka controlled matters for large parts of the contest before throwing Chamberlain for ippon in the final minute.

National Inclusion Training Day Returns in February! Scroll to top
Select the fields to be shown. Others will be hidden. Drag and drop to rearrange the order.
Click outside to hide the compare bar
Compare