As part of Women’s Sport Week we hear from Hannah Skelley, sister of GB Paralympic judoka Chris, as she reflects on her brother’s journey to Rio 2016 and the role family plays in supporting elite athletes in their careers.

The build-up: some highs and some lows

At the age of 16, when I was told of Chris’ potential attendance of the Paralympic Games 2016, I felt four years would last a lifetime. In fact, four years is relatively no time at all, and the whole experience has rushed by.

We (the Skelley unit) generally felt it still wasn’t happening as we boarded our flight to Rio. Even when the Paralympic judo competition had finished, we sat in our hotel stunned we had witnessed Chris compete. Those four years were truly a roller coaster, with major lows but some wonderful highs.

In particular, it is injury which stands out as one of the biggest obstacles faced. Chris’s journey halted when he sustained serious injury in the form of a hip dislocation just a month or so before his last chance to qualify for a spot at Rio.

I know at that point Chris thought his career in judo was over, he had lost a future he so wanted once again. In the past it had been a job in car mechanics Chris missed out on due to his gradual and unexplained loss of sight and now his judo was under threat. However, a swift and well-planned operation in Coventry and Chris awoke from surgery, hungry as always. After demolishing a ploughman’s, he was rehabbing that hip on a bike just two hours after surgery.

Then in just over two weeks’ post-operation, Chris faced Myles Porter of the USA for bronze at the World Games. Chris ended the fight in just over four minutes to take the bronze medal on a patched up recently dislocated hip. It was an absolute high for him, thinking about that fight chokes me up as in that moment I believe Chris showed what he is truly made of – absolute resilience.

Whilst injury nearly ruined the future for Chris once again, I also believe it lit a fire in him, reigniting his determination to make him fight 10 times harder for what he truly wanted, which resulted in his wonderful achievement at Worlds.

If we fast-forward from qualification to the actual fight day, I can say without doubt it stands out as one of the best days for our family. No one really ate that day as nerves ran high amongst the Skelley camp. Technically we could have flown 11 hours around the world for Chris to have just a few minutes on the mat if he was knocked out in the early stages, we certainly felt the pressure.

As we entered the stadium after rigorous ticket checks, water bottle confiscation and some classic touristy photos, it suddenly hit me we were at Rio 2016, this was the day and all the hard work, support and love had led to this. The stadium’s atmosphere was electric. In true Brit style we formed a small contingency in a sea of Brazilian supporters in front of mat 2, whilst pulling out flags of the Union Jack in all sizes we planned our tactic of attempting to out cheer the hundreds of Brazilians around us.

British support was in full force as we watched our first GB athletes compete. Although small we were mighty, being just as vocal as our surrounding crowd members. Seeing Chris stood in the tunnel ready to come out for his first fight silenced us all and before we knew it Chris was marching out to compete in the quarter final against the local Brazilian hero Tenorio. As Tenorio entered the stadium erupted, sending shivers down our spines. A bubble of dread encased us, and all I could think about was how Chris was feeling.

Yet despite being half his opponent’s age, Chris silenced the Brazilian crowd as he took their unbeaten hero to golden time. Unfortunately, Chris lost on a penalty and our spirits were slightly dashed. You have to prepare for such a result, yet it’s still hard to feel your athlete’s disappointment.

Watching them 10 rows back in a crowd of Brazilians and screaming as loudly as you can despite the fact your athlete is deaf. I will never forget the heartbreak I felt for Christopher in his final moments of his bronze medal fight but also the overwhelming feeling of pride. As Chris jumped the barrier to hug us after days of no contact, we had no words for him but simply an emotional Skelley group hug to let him know we were there, because although it be cliché, it actually is all about family.

Looking back and looking forward

The biggest lesson learned when supporting an athlete is how to filter your words. It becomes crucial to know when to say the right thing and when to say nothing at all. Sometimes they need a phone call just to hear encouragement and positivity, and how their hard work will be worth it.

Occasionally they need a small lecture on where they went wrong in their last performance and why Greggs is no longer a snack option as sausage rolls are banned from a player’s diet. It’s also okay to keep it light-hearted and laugh about various VI team antics which revolve around taking advantage of the very fact they all have varying degrees of sight. But then also it’s just about being there in person.

Experiencing the Paralympics Rio 2016 was an absolute privilege. I was in awe of the incredible show of athleticism and sporting excellence on show. The Games are a tremendous platform to illustrate how disability doesn’t hold people back; lack of limb, loss of senses and mental health disability doesn’t stop these incredible athletes from achieving whilst overcoming unique daily setbacks and hardships.

As for Christopher we will follow him wherever he chooses, and right now it looks like he wants to push even harder and get on track to Tokyo. So no more sausage rolls Skelley, let’s go get it. 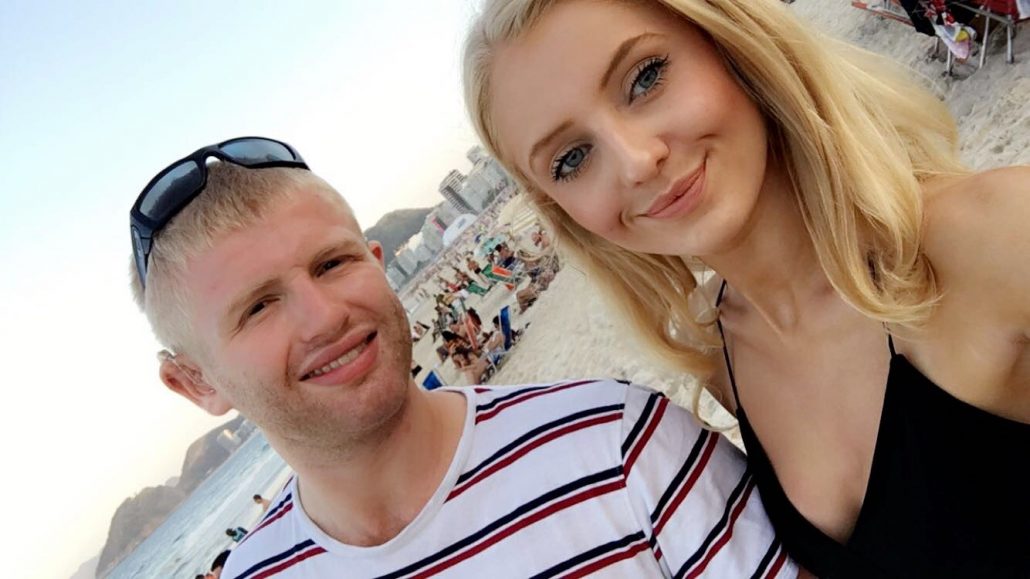 5 things your club can do to improve its safeguarding standard

Glasgow 2016 Player Profiles: -78kg, +78kg, -90kg Scroll to top
Select the fields to be shown. Others will be hidden. Drag and drop to rearrange the order.
Click outside to hide the compare bar
Compare