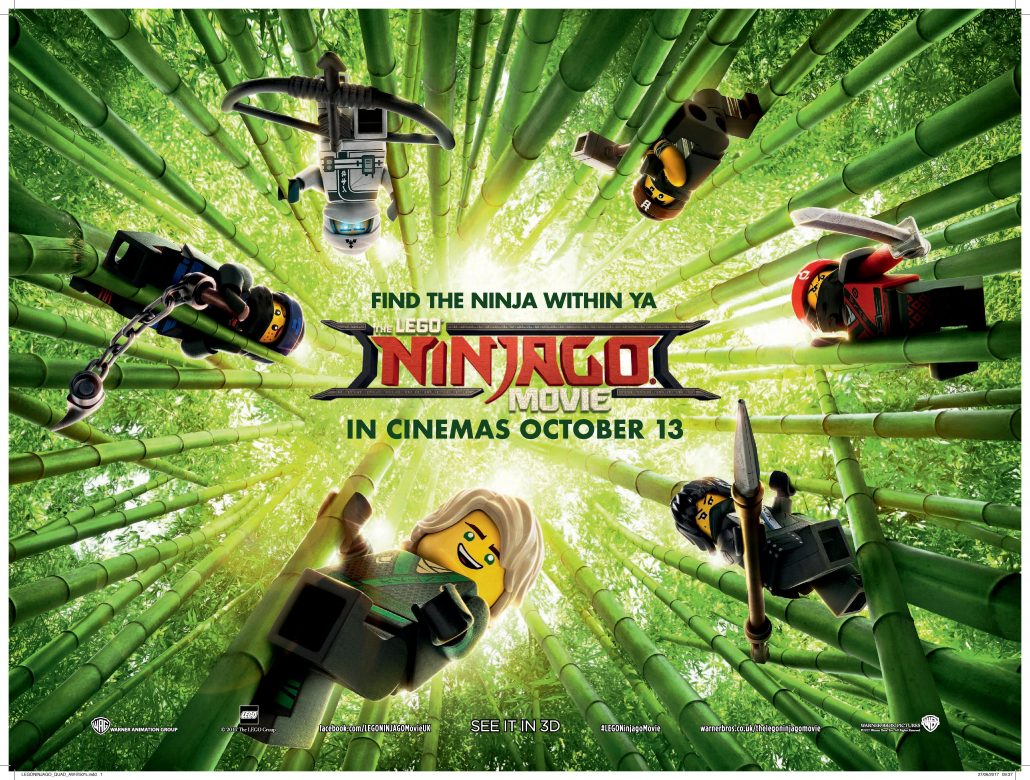 To celebrate the theatrical release of “The LEGO® NINJAGO® Movie”, released in cinemas Friday 13th October, Warner Bros. Pictures are hosting ‘Special Preview Screenings’ on Sunday 1st October in select cinemas (see below) all over the UK, giving British Judo members the opportunity to see the film before its release.

To be in with a chance of winning tickets to one of eight ‘Special Preview Screenings’ please email ninjago@tpf-london.com with your name, age, location you’d like to attend, number of tickets and your current club

In this big-screen LEGO® NINJAGO® adventure, the battle for LEGO® NINJAGO® City calls to action young Master Builder Lloyd, aka the Green Ninja, along with his friends, who are all secret ninja warriors.  Led by Master Wu, as wise-cracking as he is wise, they must defeat evil warlord Garmadon, The Worst Guy Ever, who also happens to be Lloyd’s dad.  Pitting mech against mech and father against son, the epic showdown will test this fierce but undisciplined team of modern-day ninjas who must learn to check their egos and pull together to unleash their inner power of Spinjitzu.

Terms and conditions: Tickets are subject to availability and will be allocated on a first come, first served basis via www.showfilmfirst.com. Each reader/listener may claim up to four tickets. Readers/listeners who successfully book tickets must have ID available if required. The tickets are not for resale. No cash alternative. No late admittance. +18 only. The cinema reserves the right to refuse admission. In the event of a dispute, the cinema manager’s decision is final.  For full terms and conditions visit: www.showfilmfirst.com

Help Celebrate 100 Years of The Budokwai! Scroll to top
Select the fields to be shown. Others will be hidden. Drag and drop to rearrange the order.
Click outside to hide the compare bar
Compare