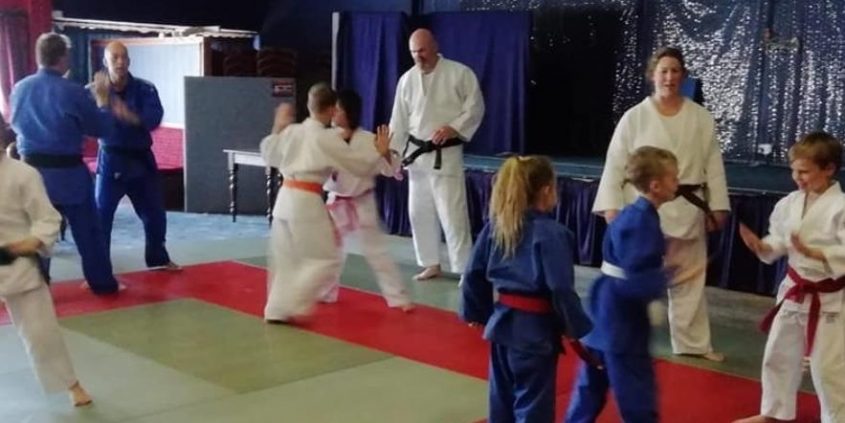 A Whitehaven judo club is celebrating a milestone anniversary in 2019.

This year marks the 50th anniversary of Brian Strickland opening the doors of Whitehaven Judo Club.

Marchon Sports and Social Club in Whitehaven, previously known as Marchon Judo Club, still hosts the sessions and has done since the club was started.

To celebrate the 50th anniversary, junior members have been taken on trips to bowling. The club is also looking to put a booklet together featuring pictures from Whitehaven Judo’s past.

Club Secretary Pim van den Elzen said: “We want to do a big reunion with anyone that has ever been involved with the club.”

Although Whitehaven Judo Club have taken a step back from competition, members have reached the podium in national judo competitions in the past. The club is British Judo affiliated and is also one of the bases for a community outreach programme.

Janice Knight is the founder of JudoKnight, which looks to help young people in the area to better themselves through martial arts. It has an involvement in organisations such as the Phoenix Youth Project and works in schools across Copeland both secondary and primary.

Pim believes the discipline of Japanese martial arts will help young people in Cumbria: “I started judo aged seven and I learnt a lot of the philosophy.”

One of the sport’s central principles is to use your opponent’s momentum against them, he said. “I think that is something we can use in everyday life.”

Pim added: “They are mainly working on the basic principles.”

Advanced juniors train between 7-8pm with seniors training from 8pm.

Join us on Friday night at the EIS for a Masterclass with Dr Yoko Tanabe 7th...

Timetables Announced for the 2019 British Schools Championships Scroll to top
Select the fields to be shown. Others will be hidden. Drag and drop to rearrange the order.
Click outside to hide the compare bar
Compare