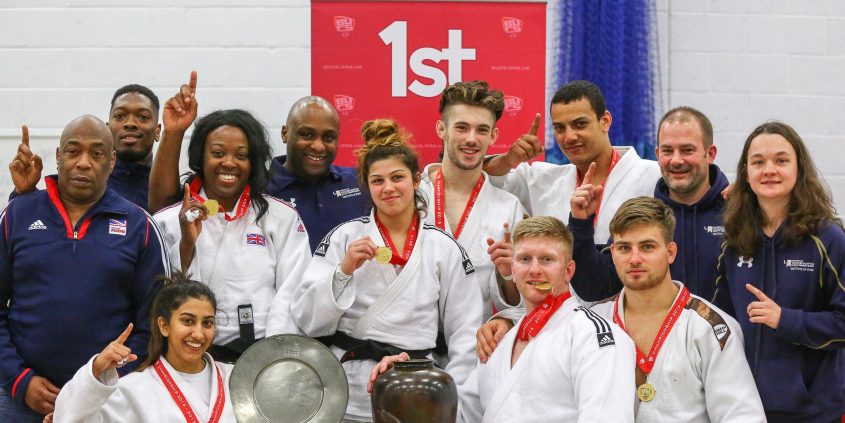 University students from across the county took centre stage in Sheffield as part of the British Universities Colleges and Sports (BUCS) National Championships. 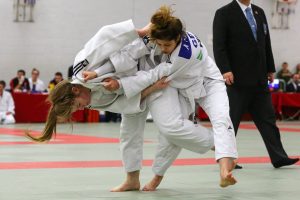 Anglia Ruskin and Wolverhampton Universities displayed great determination and grit in a strong performance while Coventry, Edinburgh and Edinburgh Napier all featured high in the medal tables.

With 388 competitors competing across 68 different Higher-Education institutions, the field was a particularly strong one with several British Champions featuring throughout the day.

Notably Emmanuel Nartey followed through on a promise to defend his title, claiming Gold in the men’s under 73kg category for more experienced Judokas, graded at 1st Kyu and above. The University of East London PhD student is currently the 50th ranked Judoka in the world and expected nothing less than gold at the BUCS Nationals. 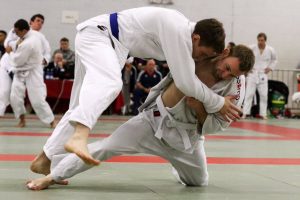 For the women graded at 1st Kyu and above there was more success for Coventry as Olivia Piechota took gold in the -48kg category. Olivia has been practicing Judo since the age of six and is one of the most experienced competitors at the BUCS Nationals. Emma Reid also racked up a gold for Coventry in the -78kg category. 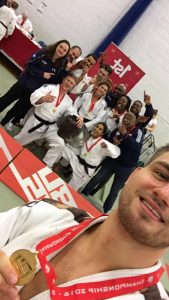 Wolverhampton came out on top in both men’s and women’s team competitions as they brought the curtain down on the fifth BUCS Nationals judo competition.

It was Wolverhampton versus Edinburgh in the men’s final and the Midlanders only just came out on top, winning 3-2.

The champions beat Anglia Ruskin 4-1 in their semi-final, with Edinburgh winning the battle of Scotland 3-2 against Strathclyde.

But Wolverhampton came out on top, to match the achievement of their women’s team, who swept to victory with a 3-0 win over Oxford.

After a bye in the first round, they beat Manchester 3-0 in the semi-final to set up the final against Bath’s conquerors Oxford – with another 3-0 sealing the title.

Former GB judoka looking forward to next directorial project Scroll to top
Select the fields to be shown. Others will be hidden. Drag and drop to rearrange the order.
Click outside to hide the compare bar
Compare