You are here: Home / Events / U23 European silverware for Petgrave in Hungary 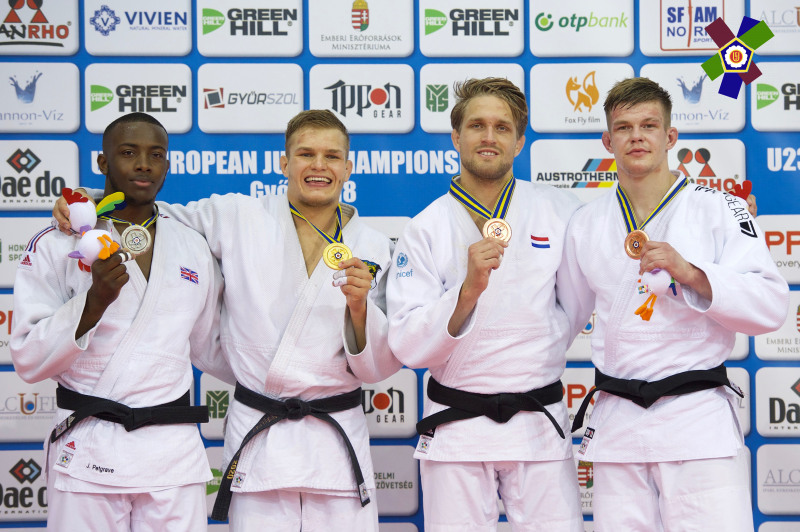 Jamal Petgrave added U23 European Judo Championships silverware to his collection as he won -90kg silver in Gyor, Hungary on Sunday 4 November.

Petgrave won bronze at the Junior (U21) European Judo Championships in 2017 and he went into today’s competition as second seed following some strong performance this year.

The Westcroft judoka received a bye into the second round where he faced home judoka Apor Toth (HUN).

Petgrave had won both of his contests to date against Toth but this fight went the distance with each fighter waiting for an opportunity to strike.

Despite the contest going into golden score, Petgrave looked comfortable and he took the win as he threw Toth for ippon using Drop Seoi-Nage.

His quarter-final against Roman Dontsov was one the neutrals would have enjoyed with Petgrave coming back from a waza-ari down to win in golden score.

Despite going behind Petgrave looked and stronger and fitter fighter as the contest entered the final minute.

Eventually he spotted an opportunity to throw Dontsov for waza-ari off a weak attack by the Russian.

The contest went into golden score with both fighters coming close on multiple occasions to winning the fight. 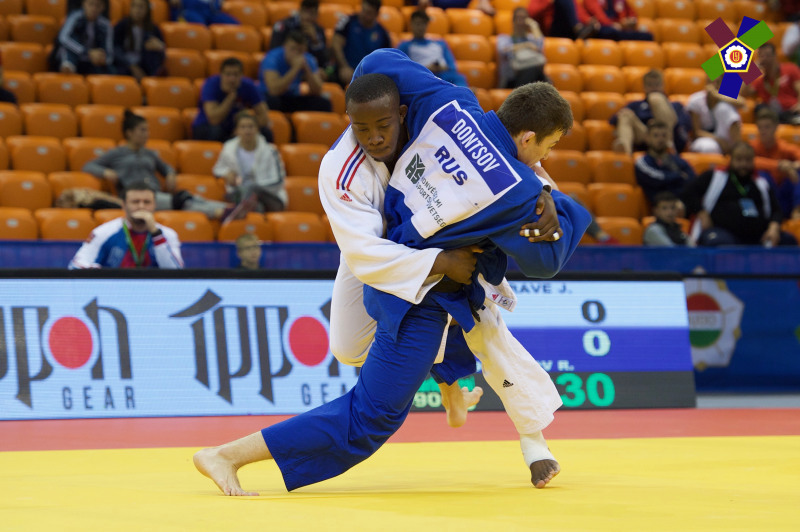 Eventually, with over seven minutes on the clock, Petgrave threw Dontsov with Koshi-Guruma for ippon.

The British judoka then produced probably his best performance of the day in the semi-final against Bas Van Empelen (NED).

The Dutch judoka made a strong start and Petgrave picked up a shido for false attack. However, the British judoka took his opportunity with just a minute left to throw Van Empelen for waza-ari.

Petgrave went straight into newaza and completed the win in osaekomi.

Estonia’s Mattias Kuusik had been in outstanding form all day and he brought that into the final as he threw Petgrave for waza-ari in the opening exchange.

The Estonian continued to attack at a high rate and soon Petgrave had also picked up two shidos.

The British fighter didn’t stop looking for a score and as he looked to get back into the fight Kuusik took his chance and threw Petgrave for ippon.

“I feel very pleased with my performance today, things that I’ve been working on in training recently are finally starting to make their way into contest.

“Also, it’s a bonus to get another European championship medal this year, so I’m happy overall.”

There was also a seventh place for Harry Lovell-Hewitt at -90kg as the Stroud judoka made up for a few early exits over the last two months.

Lovell-Hewitt went to golden score in his first round contest against Miroslav Blahusiak (SVK). It took a minute of added time for the British judoka to get the win as he threw Blahusiak.

He next took on No.1 seed Yahor Varapayeu (BLR). The Belarusian judoka is currently ranked No.18 in the IJF World Ranking List but Lovell-Hewitt put in a strong tactical performance against his higher ranked opponent.

The fight went into golden score with the British judoka having done a good job of controlling the space and while also looking to attack. However, Lovell-Hewitt had picked up two shidos to one by Varapayeu.

With just under a minute gone in golden score, the British judoka won the contest as he spotted an opportunity to throw Varapayeu from newaza for waza-ari.

Koba Mchedlishvili (GEO) proved too good in the quarter-final though as he forced Lovell-Hewitt into a clinch with the Georgian coming out on top, throwing the British fighter for ippon.

This dropped Lovell-Hewitt into the repechage final against Iurii Bozha (RUS). After a pretty even start it was the Russian who got the win as he took Lovell-Hewitt back for ippon.

Shelley Ludford (-78kg) went out in the first round against Brigita Ljuba (CRO). The Croatian judoka went ahead by waza-ari and as Ludford pushed for a score in the final block she was thrown for ippon by Ljuba.

There was also a first round exit for Rhys Thompson (-100kg) against Ionut Vasian (ROU). The Romanian got the win late on as he changed direction and countered Thompson for waza-ari.

“Jamal’s had a fantastic year and to win his second European championship medal is a great achievement. His performance was excellent.

“Jamal has been honing ‘his fight’ and today he expressed himself better than he ever has. I’m excited to see what he can do at The Hague (Grand Prix) in a fortnight.

“Coaching Jamal is unlike anything else. It’s like being on a rollercoaster, but not knowing where it’s going or when it’s going to stop! I have, finally, realised the solution – enjoy the ride!”

He was also pleased with his team’s performance this weekend:

“The team performance here at the U23s is our best to date; three finalists, a fifth & a seventh place.

“The GB women’s team has had some exceptional performances & results this year, and it was great to see our men showing what they are capable this weekend.

“With the talent that’s in the pipeline, in both male & female teams, our Olympic prospects for Tokyo 2020 & Paris 2024 are looking bright.”

GALLERY | 2018 British Judo Awards Evening Scroll to top
Select the fields to be shown. Others will be hidden. Drag and drop to rearrange the order.
Click outside to hide the compare bar
Compare