You are here: Home / Events / Tough fourth day for GB Judo in Baku 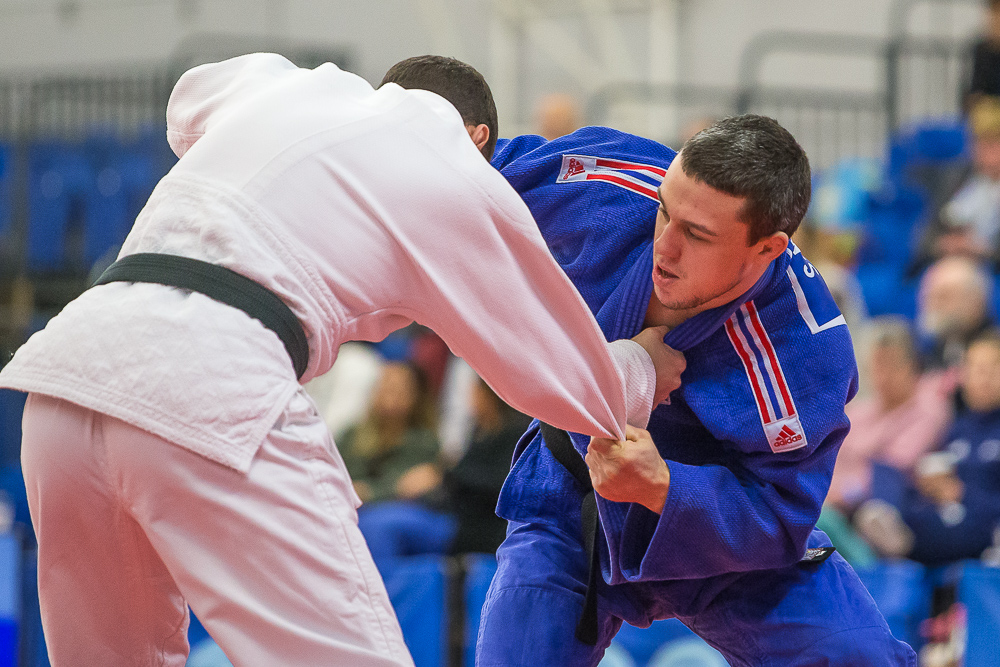 There were three early exits for GB Judo on day four of the 2018 World Judo Championships in Baku on the Sunday 23 September.

Amy Livesey (-63kg), Alice Schlesinger (-63kg) and Stuart McWatt (-81kg) were all looking to back up Nekoda Smythe-Davis’s silver medal from the day before.

Livesey had finished seventh at last year’s World Judo Championships in Budapest but she started outside the seedings in Baku.

Livesey took an early waza-ari lead and with just over a minute left she showed great determination and skill to work an opportunity in newaza to apply shime-waza.

Bjaoui had no answer to Livesey’s newaza and she was forced to tap out.

Next up was the current Olympic champion Tina Trstenjak (SLO) in the second round.

Livesey had fought Trstenjak three times before today and despite going in with a 3-0 record against her she more than held her own against the Slovenian.

The British fighter did a good job of controlling the gripping throughout but with just 20 seconds to go Trstenjak was able to throw Livesey for waza-ari.

Despite going out in the second round Livesey was still positive about her performance:

“Even though last year I got a seventh, this year coming away with nothing, went out second round I do feel a lot stronger than last year so that’s positive coming up to Tokyo.”

Fellow -63kg judoka Alice Schlesinger faced WRL 12 Magdalena Krssakova (AUT) in the first round and the British fighter was soon in her stride.

With less than a minute on the clock Schlesinger threw her opponent for ippon with a huge hip throw to move into the second round.

That second round contest would be against WRL 6 Martyna Trajdos (GER). The German judoka had won their last three contests with Schlesinger’s last win coming in 2015.

It proved to be another close affair with both fighters negating each other for large parts of the contest.

Both Schlesinger and Trajdos got a shido early on for failing to grip up and going into the final minute the German was forced into picking up a second as Schlesinger up her rate of attacks.

The contest went into golden score and in the second exchange of added time Trajdos took the win by waza-ari.

Speaking afterwards Schlesinger said that she had already started to think about what she needed to do to win next time.

“Even if you win or lose there’s always places you can improve yourself. So straight away when I came off the mat I knew what was my weak points against her and I’ve already got ideas on how to get it better next time.”

Stuart McWatt (-81kg) was making her World Judo Championships debut in Baku and he had it all to do against defending World Champion Alexander Wieczerzak (GER).

McWatt took the fight to his opponent but after an even start the German went ahead by waza-ari.

There was still over two minutes left in the contest and McWatt looked to have secured a vital hold down in the third minute.

However, the German judoka was able to wriggle free and recycled well in newaza to get into juji-gatame and force McWatt to tap.

“The main emotion right now is a little bit of disappointment. I think in that fight I had a few chances to score especially when I got him into a hold down but he escaped.

“I thought I fought relatively well so I’m going to focus on that.”

Get Involved This SportsAid Week with the #MyMiles Challenge! Scroll to top
Select the fields to be shown. Others will be hidden. Drag and drop to rearrange the order.
Click outside to hide the compare bar
Compare