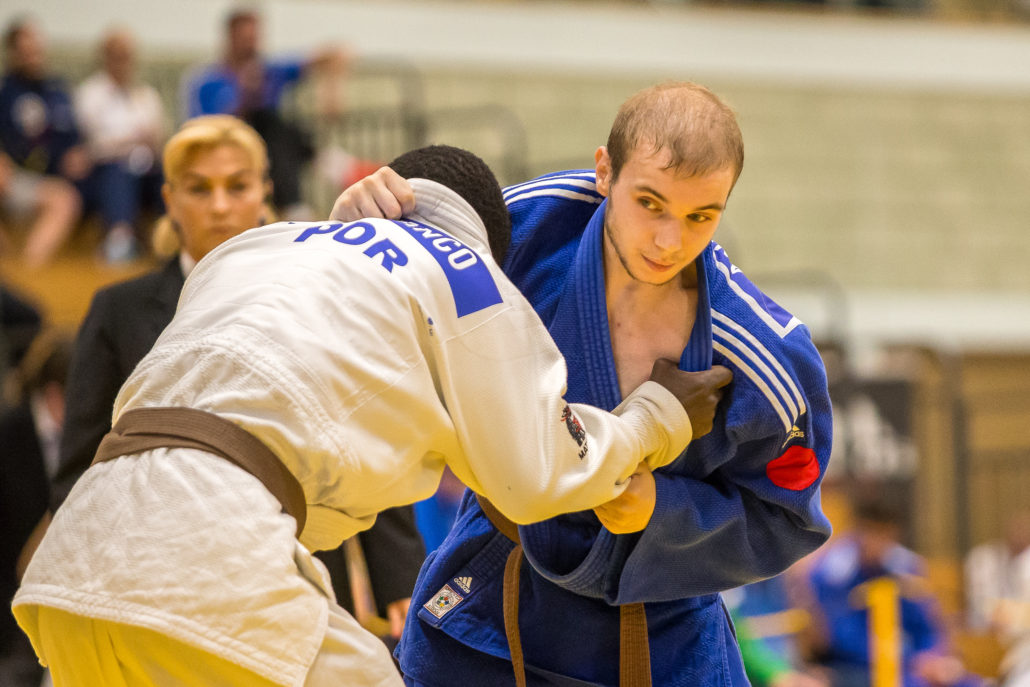 It was a tough opening day for GB Judo at the 2018 Antalya IBSA Judo Grand Prix as all three fighters just missed on top eight placings on Sunday 22 April.

Connah Anders (-66kg) got things underway with the Wigan judoka taking on Jaydeep Singh (IND) in the first round.

Anders had secured a confidence boosting fifth place at the Grand Prix International Paralympic Judo Infraero (Brazil Grand Prix) last month and he took control of his first round contest from the start.

The British fighter looked dangerous in newaza throughout and a solid counter of Singh’s attack for a waza-ari score proved to be decisive.

His next contest was a major step up against Ukraine’s two-time Paralympic medallist Davyd Khorava.

The Ukrainian showed his class as two nice moments of ashi-waza gave him the win by waza-ari awasate ippon.

Khorava’s subsequent quarter-final win saw Anders drop into the repechage and it was another high-class opponent, this time in the shape of Beijing 2008 -60kg champion Mouloud Noura (ALG).

The experienced Algerian was too good for Anders as he threw the British judoka for ippon.

The Devizes judoka faced home judoka Hidayet Sevinc (TUR) in the first round and it proved to be a tough contest with a real ebb and flow.

Molloy dominated the early exchanges with a number of good attacks and he eventually forced Sevinc to pick up a shido for passivity.

Sevinc responded well though put pressure on Molloy with the British judoka picking up a shido.

Molloy eventually took the lead with just over a minute to go as he threw Sevinc for waza-ari with a big ura-nage throw.

Rio 2016 champion Ramil Gasimov (AZE) was next up in the round of 16 with the Azebaijan judoka having won their only contest to date at the European Championships last summer.

Gasimov was too good once again with two quick-fire waza-ari scores taking the contest. Molloy was given a second chance in the repechage as he took on Spain’s Alvaro Gavillan (ESP).

The Spanish judoka dominated the grips as he consistently forced Molloy onto the defensive before finishing the contest by ippon.

Daniel Powell was fighting in his first world-ranking competition since moving up to -81kg. The London 2012 Paralympian had won bronze at the VI German Open and Brazil Grand Prix earlier this year, but this would be a step up.

In his quarter-final he faced 2017 IBSA European Championship bronze medallist Huseyn Rahimli (AZE). The Azerbaijan judoka had been good enough to medal at IJF World Tour level before his eyesight deteriorated, winning bronze at the 2013 Baku Grand Slam.

That quality showed through as Rahimli soon got a dominant grip and threw Powell for ippon.

Russia’s Shamil Magomedov was next up in the repechage with Powell two contests away from fighting for bronze.

Magomedov looked to use his strength from the start and after stopping Powell’s attempted attack he put in a powerful finish to win by ippon.

Competition will start at 0800 UK time with live streaming via ibsa.judo.gov.tr and live updates on the British judoka via @BritishJudo on Twitter

Ingram and Stewart medal on day two of Antalya IBSA Judo Grand Prix Scroll to top
Select the fields to be shown. Others will be hidden. Drag and drop to rearrange the order.
Click outside to hide the compare bar
Compare