You are here: Home / Association news / Think You Can Take on the Legends And Win? 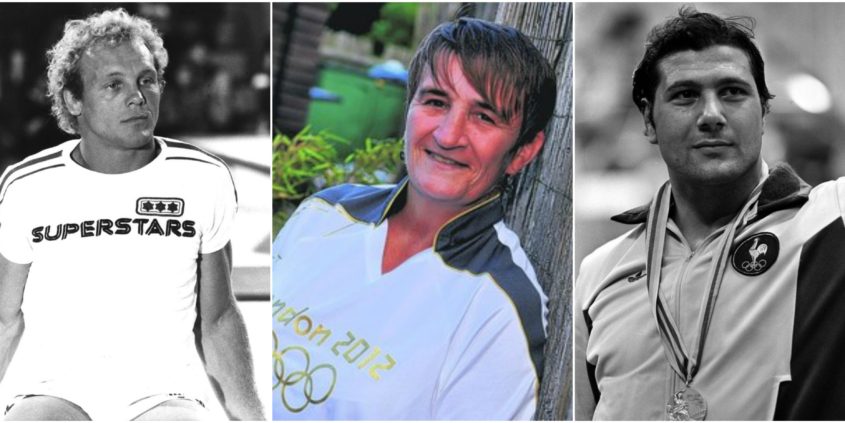 Are you a young judoka between the ages of 8-14? Do you have what it takes to defeat the likes of Brian Jacks, Natalie Powell, Angelo Parisi or Karen Briggs?

Our British Judo Association Volunteer of the Year, Deryn Allen-Dyer, has gathered together a “Dream Team” of current and former judo superstars including World/European medallists and a host of Olympians, which will go head to head against “Jamie’s Kids Team” made up of junior judoka aged between 8-14.

The contest will form a part of the 2018 Brain Cancer Charity Tournament, held in Jamie MacDonald’s memory. It is the second event of it’s kind following last years launch. It will be held on the 14th/15th July in Newport, South Wales.

Jamie MacDonald, from Maesteg in Wales, was diagnosed with an in-operable brain tumour in 2015, just one year after competing at the Commonwealth Games. Jamie sadly lost his battle with cancer on Sunday 12th November 2017.

“This event previously resulted in me being awarded the BJA Young Volunteer Gold Award 2017 on the 11/11, a very poignant day. Unfortunately, the very next day Jamie lost his battle and the Judo family lost an amazing friend” explained Deryn Allen-Dyer.

“I was honoured to do a reading at Jamie’s funeral.  This is the part of the reason why I am writing this message for all judoka, young and old to come together to help celebrate Jamie’s legacy.”

If you would like to be in a team, you can either nominate yourself or be nominated by your coach/parent/judo official, saying why you think or they think you should be picked.  The kids team will be selected from all the nominations, by a panel including Deryn and Jamie’s younger brother Luke.  They are looking for approximately 16 young judoka from all over GB and abroad!

If you would like to help raise some money, all athletes will be asked to fundraise a small amount so you can donate prior to the event and buckets will be collecting on the day too.

All nominations for the team should be sent to wendyallenwelshjudo@hotmail.co.uk

For more information about the event, please click here

GB Judo Preview: 03 – 04 March 2018 Scroll to top
Select the fields to be shown. Others will be hidden. Drag and drop to rearrange the order.
Click outside to hide the compare bar
Compare