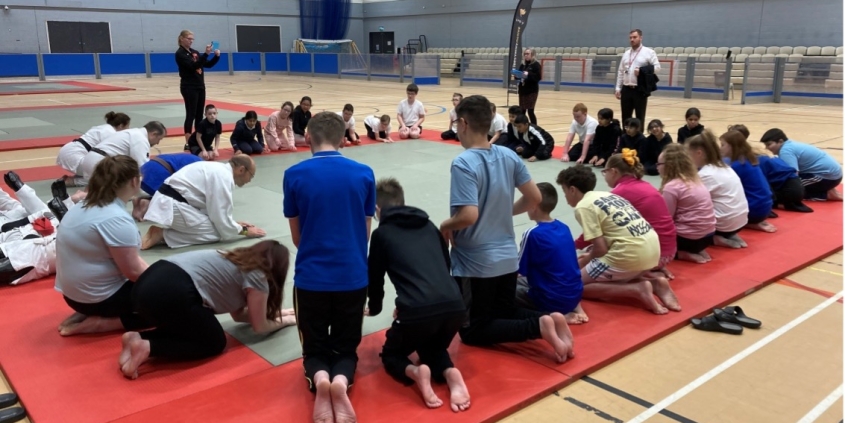 Children and young adults with additional SEN needs in the Tees Valley Area were given the opportunity to have a judo taster day through their school and college. The Judo taster day was held at the Sports Village in Middlesbrough on 17th May 2022.

This event was sponsored and supported by Panathlon Foundation, Tees Valley Sport, and British Judo Association Northern Area (BJA NA). Panathlon Foundation is a charity which gives children with disabilities and special needs in England and Wales the opportunities to engage in competitive sports which they may often be denied. The taster day was organised as part of a wider pilot scheme which is seeking to tackle inequalities in mainstream sport by making judo more accessible to all.

Schools that specialised in Special Educational Needs (SEN) or have SEN departments were invited to book onto the taster day with support from Tees Valley Sports. Originally, Thirteen schools signed up to participate in the judo taster day but only ten schools attended. Over 125 students, all of whom had a wide variety of support needs, across key stages 1 – 5 attended the event. For many of the students, the taster day was the first opportunity for the students to experience judo.

All students were spread across the three judo mat areas with 10 – 15 students on each mat. Four judo coaches provided by BJA NA attended the taster day including two Northern Area Adaptive coaches. Two other coaches were from Redcar Judo Club which is in the heart of the catchment area for this event.

As part of the taster day, there were two main aims as part of the wider pilot. The primary aim was to show that barriers to participating in sport can be tackled through judo. A secondary aim was to develop the confidence of coaches when working with children with SEN needs. 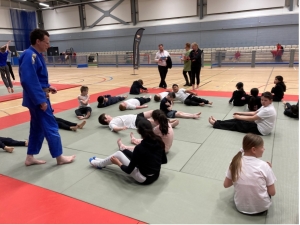 At the end of the event, all children were asked to provide verbal feedback based on their experiences throughout the day. All students provided 100% positive feedback with teaching staff and carers expressing how amazing it was to see their students engaged and focused for a whole hour. Support staff from participating schools also mentioned how it was wonderful to see their students interacting in something that would normally be out of their comfort zone and away from their normal day-to-day tasks. All coaches that were supporting with the taster day were able to adapt to each student’s needs.

The ten schools able to participate were:

Catcote Academy (Hartlepool) mentioned that: “On Tuesday 17th May 2022, students from Classes 10, 11 and 14 took part in a Judo taster session at Middlesbrough Sports Village. Students learned some key movements and even picked up a few Japanese words! Catcote staff were extremely proud of all of the students for their excellent behaviour and for trying something new that was very much out of their comfort zone! Well done to all students and thank you to Adrian and Helen from the British Judo Association!”

The next steps post the event is for sponsors and organisers to follow through with all thirteen schools (including the three schools that pulled out). All thirteen schools have been provided with an extension pack which will allow them to learn more about judo once they are back in the classroom. As part of the wider project, it also seeks to obtain more funding to create two or three mobile dojos.

Students and staff have been provided with details of local BJA clubs this will allow the schools and local clubs to explore the opportunity to welcome students into their local clubs or to bring judo into schools. Abbey Hill Academy already have judo available for students as part of their enrichment programme, they also offer judo as an after-school club activity for their students. The school funds a coach for 4 hours a week.

Lucy Renshall moves to the top of the World Rankings

50 Days to Go: Home Nation Teams Announced for Birmingham 2022 Scroll to top
Select the fields to be shown. Others will be hidden. Drag and drop to rearrange the order.
Click outside to hide the compare bar
Compare