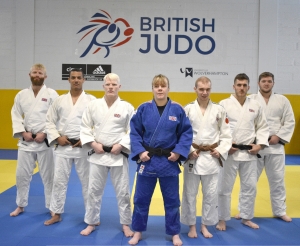 British Judo have today announced the team for the IBSA European Championships in Genoa, Italy, from 26 – 28 July.

Chris Skelley (-100kg) heads to Genoa as defending European Champion and will be joined on the team by the 2018 World Championship bronze medallist, Elliot Stewart (-90kg).

Ahead of the Championships, British Judo Paralympic head coach, Ian Johns said: ‘We are looking forward to getting out to Italy and competing. The team are in great form, as the recent International Qualifier in Fort Wayne showed where the team won 3 medals, in addition to a 5th and two 7th place finishes. This competition is important as it carries points that are imperative towards Tokyo Paralympic qualification. The European Championships are historically tough as the top athletes in the world all hail from European countries, but the team are more than capable of mixing it with the best and challenging for medals.’

Day 1: European Youth Olympic Festival Scroll to top
Select the fields to be shown. Others will be hidden. Drag and drop to rearrange the order.
Click outside to hide the compare bar
Compare