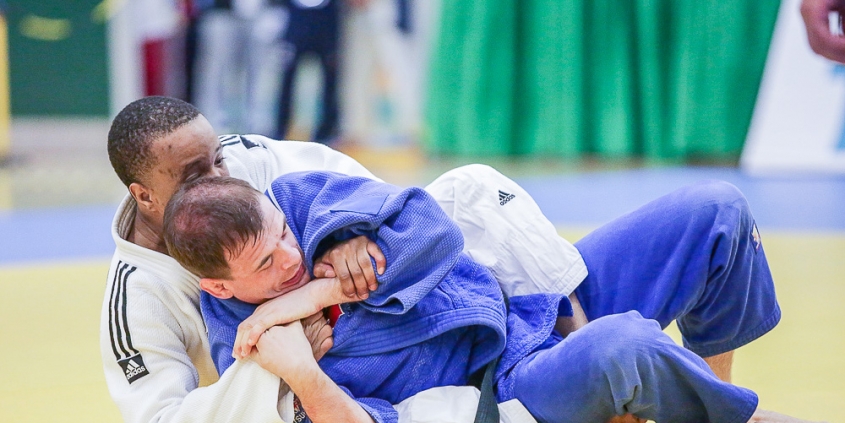 The 2016 Great Britain Visually Impaired Judo Grand Prix is set to be a world-class affair with a number of the best VI judoka in the world in action at the Walsall Campus Sports Complex on 4-5 June.

In the women’s competition the -52kg category is looking particularly strong with four of the world’s top five judoka expected to make an appearance. Canada’s World No.4 Priscilla Gagne will be among those going for gold while current Paralympic champion Ramona Brussig (GER) will also be stepping on the mat.

Brussig’s sister Carmen, another Paralympic champion from London 2012, will also be competing on the same day (Sunday 5 June) in the -48kg category and the World No.1 and 2015 World Games champion will be looking to hit form ahead of Rio in September.

In the -57kg competition Korea’s Ha Na Seo will want to match her 2015 form which saw her pick up gold at the World Games and the Hungary World Cup.

Russia have entered a number of their best judoka for the Grand Prix with 2015 European Champions Vitalii Koriakin (-60kg) and Abdula Kuramagomedov (-100kg) both in action. Kuramagomedov, who beat GB’s Chris Skelley on his way to European gold, also won gold at the 2014 World Championships in Colorado and will be one to watch in Walsall.

London 2012 bronze medallist Dartanyon Crockett (USA) is another current World Champion stepping on the mat next month as he looks to get one over rival Sam Ingram, who beat him at the quarter-finals stage in London.

-81kg World No.2 Cyril Jonard (FRA) will be another name to watch as the highest ranked player in his weight competing on the day while Brazilian hero and World No.1 Wilians Araujo (+100kg) is looking to test himself against young rival and home favourite Jack Hodgson once again.

There is still the opportunity to attend the Grand Prix and cheer on the GB judoka. Entry is free but you have to register in advance: https://www.britishjudo.org.uk/gb-vi-judo-grand-prix-2016-spectator-registration

Competition starts at 10AM GMT on both days with the medal block starting at 3PM GMT.

Be part of the Nation’s Biggest Sport Day this summer Scroll to top
Select the fields to be shown. Others will be hidden. Drag and drop to rearrange the order.
Click outside to hide the compare bar
Compare