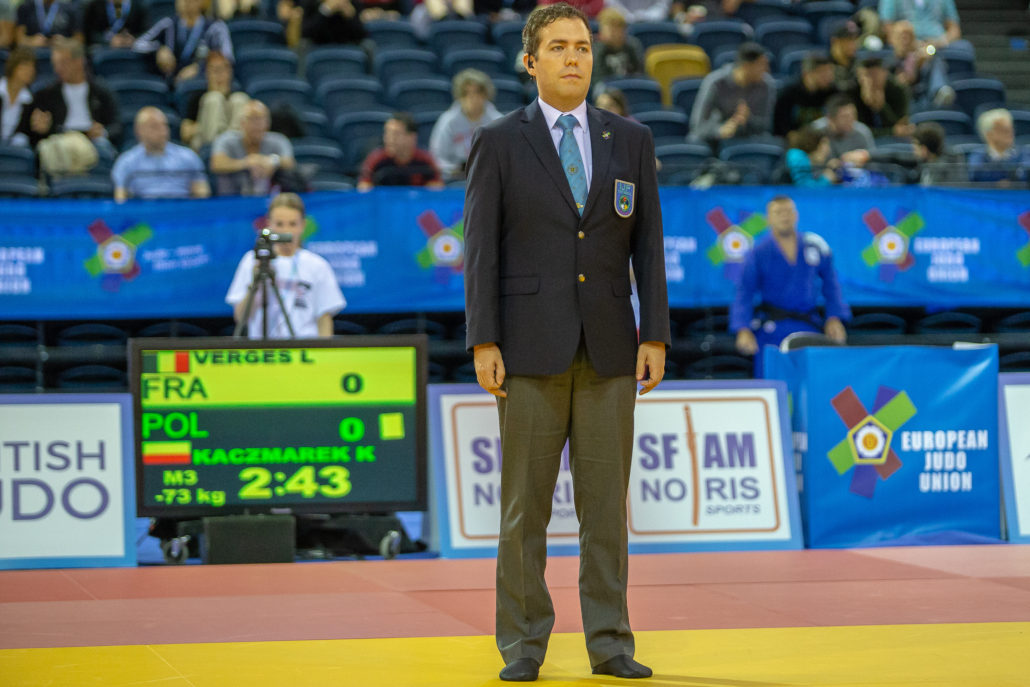 The British Judo Association and National Referee’s Commission are pleased to announce that one of our Referees has been selected to officiate at an upcoming EJU event.

Samurai Judo Club’s Stefan Newbury has been selected to referee at the 2018 Junior European Judo Championships in Sofia, Bulgaria from Thursday 13 to Sunday 16 September.

Speaking on his selection Newbury said:

“It feels fantastic! I try as hard as I can to improve every time I referee, and I had a very good year last year, ending with the selection for the European Club Championships. We have a great group of IJF referees in GB at the moment, so the EJU could select any one of us. It’s a very supportive group, so we help each other and celebrate each other’s successes.

“I did not expect to be selected this year. I would never expect a selection for any European Championship, but rather work hard and achieve it if my performances are good enough.

“I am extremely surprised for this selection, but I’m honoured and hope I represent GB well and referee the best I can at the event.

“I couldn’t have achieved this without my club, Samurai in Kidderminster, and the backing and support of the NRC and the BJA, and finally all the British referees I’ve worked with, at all levels, week in and week out, all over the country. Thanks for the support.”

Team Judo at it’s Finest for Eastern Senior Team League Scroll to top
Select the fields to be shown. Others will be hidden. Drag and drop to rearrange the order.
Click outside to hide the compare bar
Compare