You are here: Home / Blog / SSSM Blog: S&C on the World-Class Performance Programme 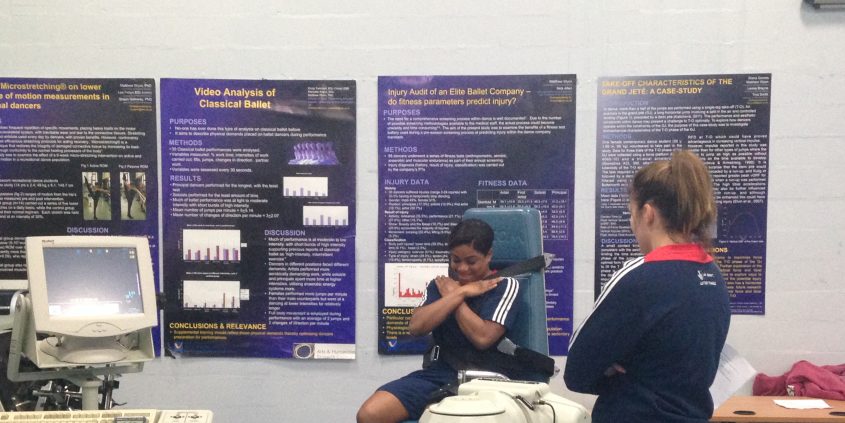 Over the coming months we will be speaking to members of the British Judo World-Class Performance Programme (WCPP) Sports Science and Sports Medicine (SSSM) team to get an insight into their day to day work.

In our first article we spoke to Andrew Cruickshank, Senior Sports Psychologist, about his work with the WCPP.

This time it’s the turn of Lauren Jackson, British Judo Strength and Conditioning Coach. She spoke to us about her work with the Junior and Academy judoka on the WCPP including the importance of preparing them for Junior championships while also ensuring they are ready for the step up to Senior competitions.

How did you get into S&C Coaching?

I have always followed things I’ve enjoyed doing. I was an athlete when I was younger and trained in the gym for that. I went to University to do Sports Science just because it was the next logical progression after college and it was something where I could keep training and balance my education.

I quite liked coaching and helping out other people and then the biggest progression into coaching was when I went on an internship as part of my university degree.

When I went back to University for my final year I’d kind of decided that was the route I’d wanted to follow. I didn’t think I’d get there as quickly as I did but it all turned out quite nicely after university.

How long have you been working with British Judo?

When I came out of University I did an internship in 2014 and I’ve never left! So the last three years, which have gone really quickly, but even before that I used to help out with the camps. I remember coming and taking lactate testing on a World Championship prep camp when I was a little bit younger.

What is your role on the British Judo World-Class Performance Programme?

At the minute, I’m responsible for S&C provision for the Junior and Academy athletes and Under-23s as well. So that’s anybody that’s come in through the Pathway and into the Centre of Excellence and all the way up to those on the Under-23 programme.

What does your role entail?

I mainly work with the Junior Lead Coach Matt Purssey. He will lead on what the athletes need on and off the mat and then I will help to provide that. With the younger guys it’s about the balance of preparing them to perform at Junior competitions while also ensuring they are getting strong and fit enough for the step up to a senior programme.

It’s essential really. I’m there to support what the coach needs so I need to have a good relationship with them so I know exactly what they need, what their vision is and how best I can support it.

In terms of relationships with the athletes, again that’s really important so that I can make sure I can get the best out of them. Every athlete is different. Even if they’re going for the same goals or targets you might have a different way of doing that with the athletes. That can be in terms of both physical programming but also how you approach an athlete or situation. Coaching isn’t one size fits all.

Going into major championships, Junior Europeans and Worlds, how does your role change, if at all?

The role is kind of the same throughout. It’s just the needs of the coaches and athletes that change. The what and how might be different but essentially I’m still trying to prepare them physically.

All year round we’re trying to prepare for the same thing, the long-term development and performance. We’ve always got those goals in mind and behind the scenes we’re planning months and months in advance so that the training blocks all lead onto the next one. So, in that way the role is the same all year round it’s just how you’re delivering and what you’re delivering that might change.

During those 6-8-10 week preparation blocks for Junior Europeans and Junior Worlds are there any particularly challenging moments? And if so how do you manage them?

In terms of the prep blocks for the big competitions I’d say the biggest challenge that we have is how long the main competition blocks is, especially for the athletes who then qualify for Junior Worlds.

Physically it’s a challenge because the athletes need to maintain a really good physical profile whilst training at the highest intensity on the mat in preparation for competition, made even harder for those that will taper down for Europeans and need to come back up and get ready for Worlds. From an S+C perspective there’s ways you can adapt the programming to get the right balance of intensity and volume of training.

What I feel helps them with the duration of the block is that they become such a tight-knit unit, the morale is better and they get through it as a team. For the prep block, they’re pretty much doing every session together. They’re not fighting abroad in different places at different times as they can be during other blocks so their weekly plans have got the same things planned. In the gym as well they come in together so they’re all working as one team.

During preparation blocks, do the athletes have individualised S&C plans or is it more general?

As I said before, it helps them to be as a group so as much as possible we try to keep the programme the same. A lot of the mat-based stuff is really similar and in terms of stuff they have in the gym, the programme is for the group and where needed there’ll be tweaks for different individuals

And how are those more individualised tweaks to the programme decided. Is it something that was part of their Individual Athlete Plan from the start of the year or is it something flagged up in the lead-up to a major championship?

It can be a mixture of the two things really. It can be something the athlete has been working on all year round. For example, if it’s somebody who has had a previous injury a little tweak to their programme can make sure they’re staying robust and conditioned as well as in their best form in terms of performance variables such as power and fitness.

But it can also be something that was noticed in the last competition in terms of their tapering or their preparation that could have been done a little bit differently that changes them for the next one.

And because it could be different things it could be different people who pick up on that. Once the programme’s been decided it will get talked through with the coach, with the physio and with the rest of the team. That’s where if there’s somebody that has noticed something about a certain athlete they can bring it up and whoever is most suited to make those changes can put them in place and it goes forward.

Those kinds of things are a team decision.

During those blocks, and the rest of the year, do you work with other members of the Performance team and in what way?

So firstly, you’re working with the Lead coach because it’s mainly their vision in terms of what they want to happen in the programme. Working with the Lead S&C Coach who helps me and gives me a bit more insight into what has or hasn’t worked so well in the past.

The physios have things they bring to the table that S&C coaches haven’t and bring different ways of doing things. With the rest of the sports science and medicine team, for example nutrition and lifestyle advice, you can tick all the boxes for the athletes. Just so you know they’re fully supported, especially with the developing athletes who need a little bit more help in certain areas than others.

As you’ve largely worked with younger athletes in the last three years, how have you seen them develop in relation to how they use S&C?

I’ve seen quite a lot of changes since I’ve started. They were all learning how to train and now they’re more training to win so the intensity of their training is much greater than it was when they first came.

I think that’s also spurred on by the fact that there’s a bit more competition within the group now. Particularly in the girls where there’s greatest depth, they’re training and possibly competing with their training partners while they’re here.

Dan Grade Promotions – November 2017 Scroll to top
Select the fields to be shown. Others will be hidden. Drag and drop to rearrange the order.
Click outside to hide the compare bar
Compare