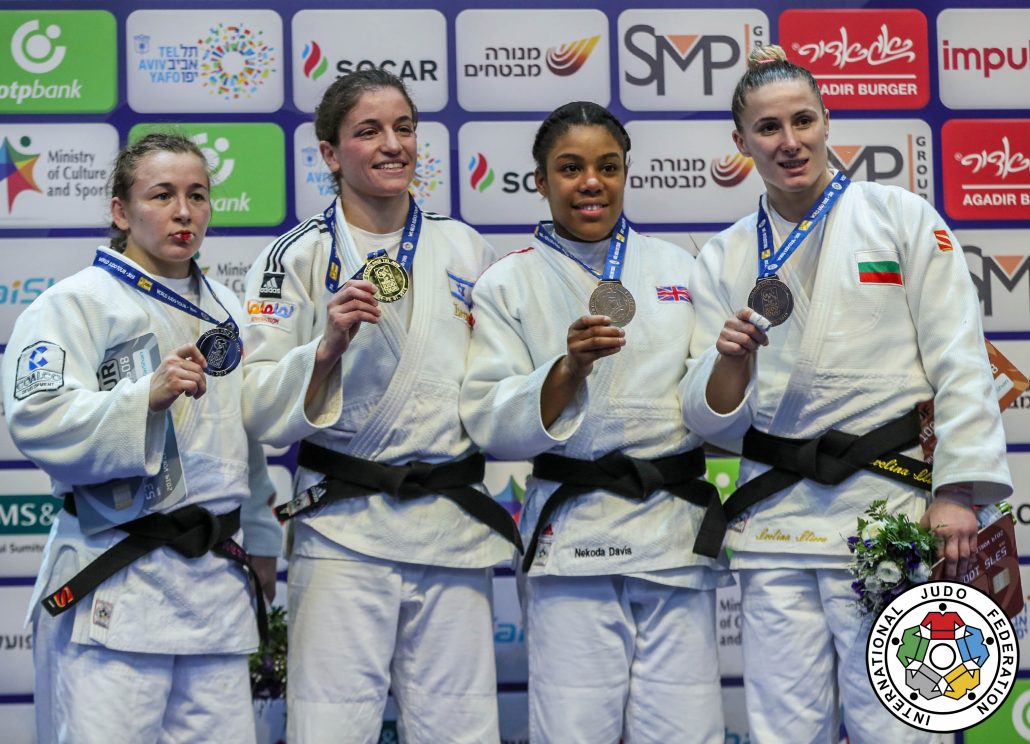 Nekoda Smythe-Davis got her year off to a good start as she won -57kg bronze at the 2019 Tel Aviv Grand Prix on Thursday 24 January.

This was the British judoka’s eighth Grand Prix of her career to date and her first since 2017.

Smythe-Davis had a bye into the second round where she faced Spain’s Jaione Equisoain (ESP). The British fighter showed her class as she took control after an even start to throw Equisoain for ippon with harai-goshi.

This setup a quarter-final against Daria Mezhetskaia (RUS) and Smythe-Davis looked comfortable but was caught by a nice piece of ashi-waza and thrown for ippon.

Smythe-Davis dropped into the repechage final and went into golden score against Poland’s Julia Kowalczyk.

She made no mistake this time as she threw Kowalczyk for ippon with a big standing seoi-nage to secure her place in the bronze medal contest against France’s Helene Receveaux.

Smythe-Davis had beaten Receveaux for the first time at the Guangzhou Masters in December 2018, having lost her first five contests to the French judoka.

It was another close contest with the two World medallists having multiple chances to score. The British fighter looked stronger as the fight went on and repeatedly put Receveaux on the defensive.

That pressure told in golden score as she forced her opponent to put in a false attack, resulting a third shido.

“Today was a tough day. Knowing that I was up against Receveaux for bronze, I knew I had to dig in deep and get ready for a fight.

“I left everything on the mat and I was happy I could go away with a bronze medal.” 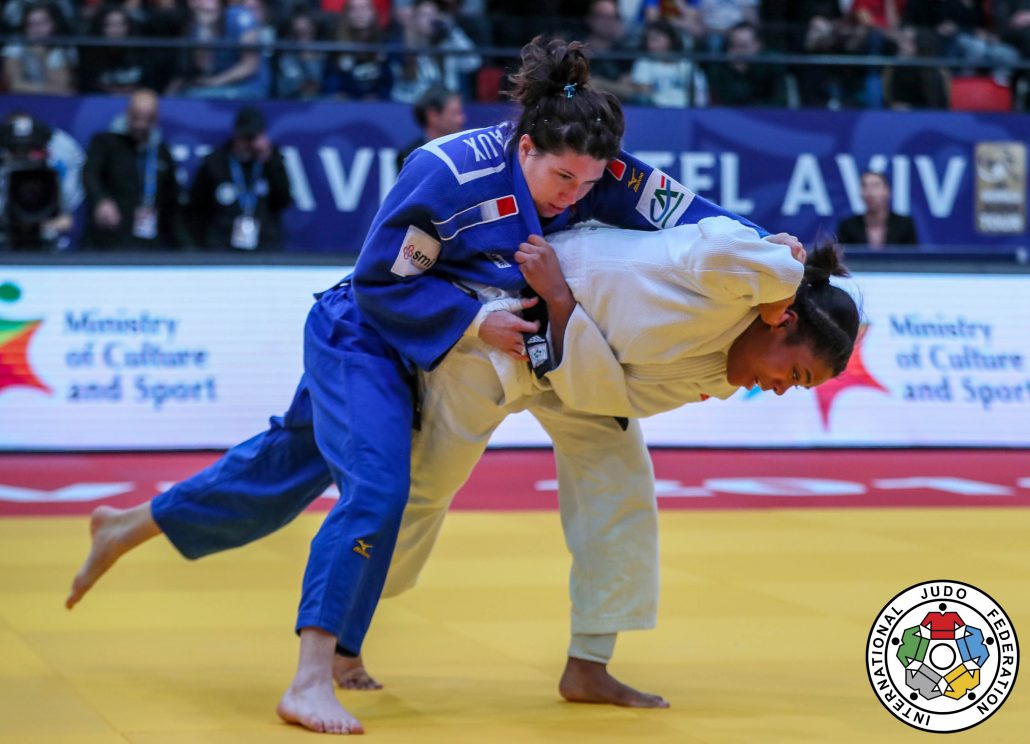 There was also a fifth place for Ashley McKenzie at -60kg. The British judoka went in as one of the top seeds and made short of his first opponent.

The Camberley fight threw Rakhmon Jumaev (UZB) for ippon inside the opening minute with a dynamic tai-otoshi.

His quarter-final against Sakhavat Gadzhiev (RUS) was a much tougher affair with both judoka picking up two shidos as the fight went into golden score.

The contest was a contrast between McKenzie’s higher attack rate and Gadzhiev’s more tactical approach.

Eventually, McKenzie’s ability to put in a run of attacks told and forced the Russian to get a third shido.

Belgium’s Jorre Verstraeten was next up in the semi-finals and it was another tactical contest. The Belgian took his opportunity well with just over a minute left to throw McKenzie from newaza.

This put the British fighter into the bronze medal contest where he took on France’s Cedric Revol.

There was little to choose between the two fighters but Revol took the win as he transitioned into shime-waza off the back of an attack by McKenzie and forced the British fighter to tap.

Kim Renicks (-48kg) lost out to Russia’s Daria Pichkaleva in the first round. Strong gripping from the Russian forced Renicks to pick up two shidos.

As the British fighter looked to get on the board Pichkaleva countered Renicks for ippon.

Chelsie Giles (-52kg) lost a close contest to Alesya Kuznetsova (RUS) with the Russian countering an attack to take a waza-ari lead.

Giles had chances to win the contest in newaza but on a couple of occasions she was unable to finish a hold down.

Malin Wilson (-57kg) made her Grand Prix debut and took on former World bronze medallist Sanne Verhagen (NED) in the first round.

The Dutch fighter’s strength and experience made the difference as Wilson picked up two shidos for passivity.

Verhagen won the contest in the final seconds as she drove Wilson to ground for a waza-ari score.

Sandra Klinger To Leave Role As England Talent Development Coach Scroll to top
Select the fields to be shown. Others will be hidden. Drag and drop to rearrange the order.
Click outside to hide the compare bar
Compare
Wishlist 0
Open wishlist page Continue shopping