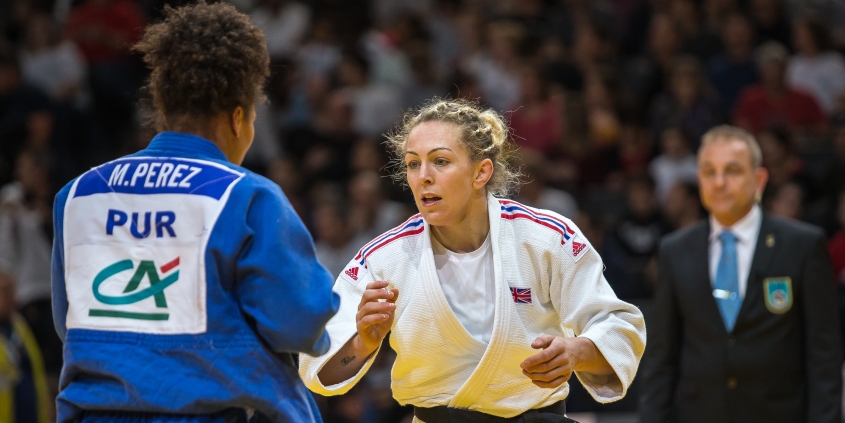 The Paris Grand Slam has long been regarded as one of the highlights of the judo calendar and the 2020 edition will be no different as six British Judoka will step onto the mat at the AccorsHotel Arena this weekend (8th-9th February) looking for yet more valuable Olympic qualification points.

Ashley McKenzie (-60kg), who was a bronze medallist at the Paris Grand Slam back in 2018, leads a strong British contingent on the opening days action.

McKenzie has been seeded 5th and is drawn in Pool B. Following an opening round bye he will face the victor of the opening round match between Fraj Dhouibi (TUN) and Mohamad Akkash (IRT)

Lucy Renshall (-63kg) will continue to push for Tokyo 2020 qualification in a weight category where British Judo is particularly strong. Renshall, who finished in 5th place at the 2017 and 2018 Paris Grand Slams and 7th in 2019, has been drawn in Pool C. Following an opening round bye she will face Estefania Garcia (ECU) in the second round.

Lubjana Piovesana (-63kg) will be making her Paris debut. Her best Grand Slam performance came in February 2019 when she finished 5th in Dusseldorf.

Piovesana, drawn in Pool B, has an opening round match against a familiar opponent, former British Judo Junior athlete, Prisca Awiti Alcaraz (MEX). The pair last met in 2018 at the Minsk European Open where Piovesana was victorious. 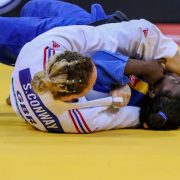 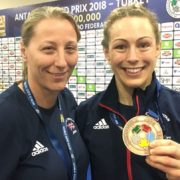 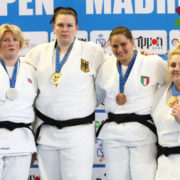 Paris Grand Slam – Day 1 Scroll to top
Select the fields to be shown. Others will be hidden. Drag and drop to rearrange the order.
Click outside to hide the compare bar
Compare