You are here: Home / Association news / Silver in Paris and nine medals at the Dubrovnik European Cup 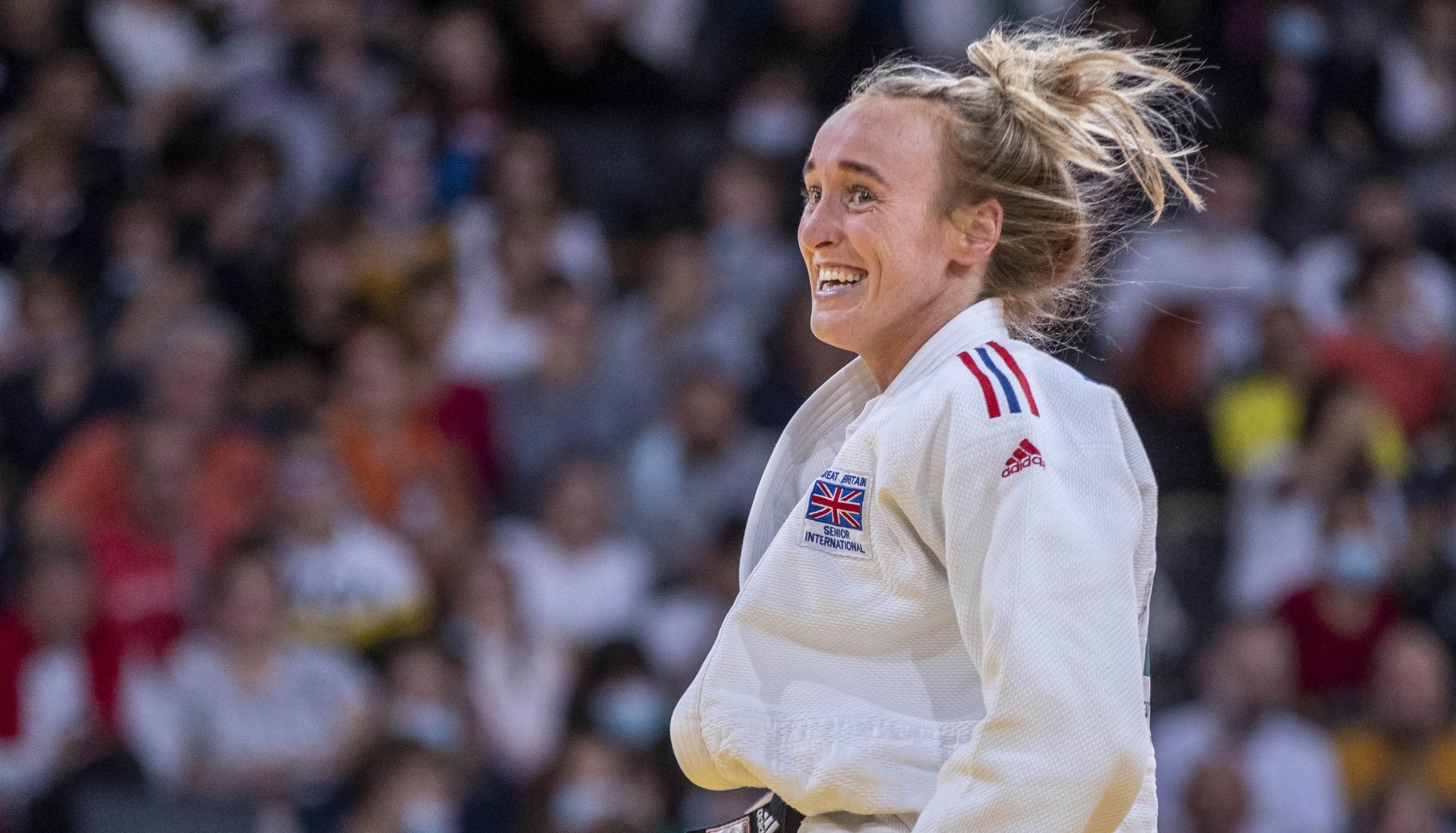 It was a busy weekend for GB Judo with over 40 fighters competing at the Paris Grand Slam and Dubrovnik European Cup.

Lucy Renshall was the sole GB Judo representative competing in Paris on the opening day of competition. Competing for the first time since the Tokyo Olympic Games, Renshall entered the competition as the 2nd seed. A seeding she certainly lived up to by winning silver.

Following an opening round bye, Renshall defeated Nadja Bazynski (GER) and Renata Zachova (CZE) to win her Pool and progress to the Semi-Finals.

With the score level at the end of the regulatory 4-minutes, the contest entered Golden Score, where Timo registered a waza-ari score to win her first Grand Slam gold medal, meaning Renshall had to settle for silver.

The result was the second time Renshall has stood on a Grand Slam podium this year, after winning gold at the Antalya Grand Slam earlier in the year.

“Getting a medal at the Paris Grand Slam is amazing. It was a tough day, especially being the first one after the Olympics and having some time off but I am happy to be back fighting and getting results and I’m looking forwards to the next one, to hopefully go one better. Thank you to British Judo and UK Sport for making this all possible.” 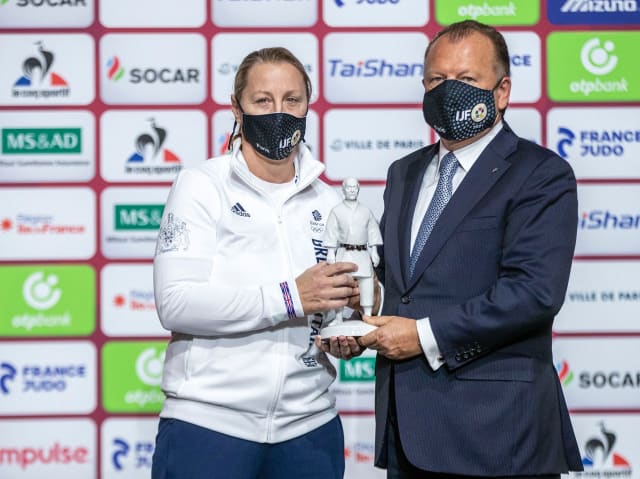 There was a pause in proceedings during Final Block on the opening day as Kate Howey was presented with the Jigaro Kano by IJF President Marius Vizer for services to judo.

Day two in Paris saw Kelly Petersen-Pollard and Jemima Yeats-Brown in action in the -70kg category, whilst Natalie Powell (-78kg) competed for the first time following the Tokyo Olympic Games.

Both Petersen-Pollard and Yeats-Brown faced French opponents in their opening round contests. Both fighters providing upsets for the home crowd as they defeated Melanie Dhaiby and Clemence Eme respectively. 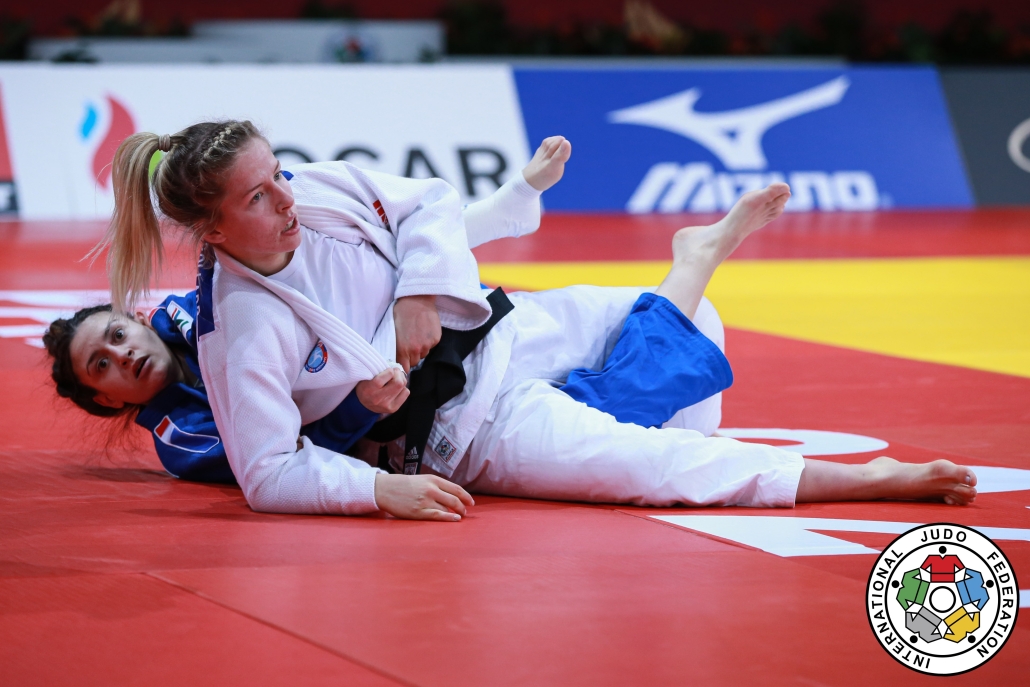 Petersen-Pollard then defeated Hilde Jager (NED) to win her Pool and progress to the Semi-Finals to face World Champion, Barbara Matic (CRO). Yeats-Brown was narrowly defeated in her Quarter-Final by Ellen Santana (BRA), a waza-ari score enough to separate the two fighters.

Petersen-Pollard’s Quarter-Final contest was a close encounter, however a waza-ari score was enough to see Matic through to the Final and Petersen-Pollard head to the bronze medal match.

The bronze medal contest was another close encounter but with nearly 10-years separating Petersen-Pollard and Ono it was the experience of the Japanese fighter that saw her overcome her British opponent as the contest entered its 7th minute, a waza-ari score enough to see the 2020 Paris Grand Slam champion, remain on the podium in 2021.

Powell defeated Mao Izumi (JPN) in the opening round of the -78kg competition, however defeats to Luise Malzahm (GER) and Inbar Lanir (ISR) meant she had to settle for 7th place on her return to competition.

Meanwhile, in Croatia at the Dubrovnik European Cup, GB Judo finished 2nd in the overall medal table, behind the host nation, with 9 medals. 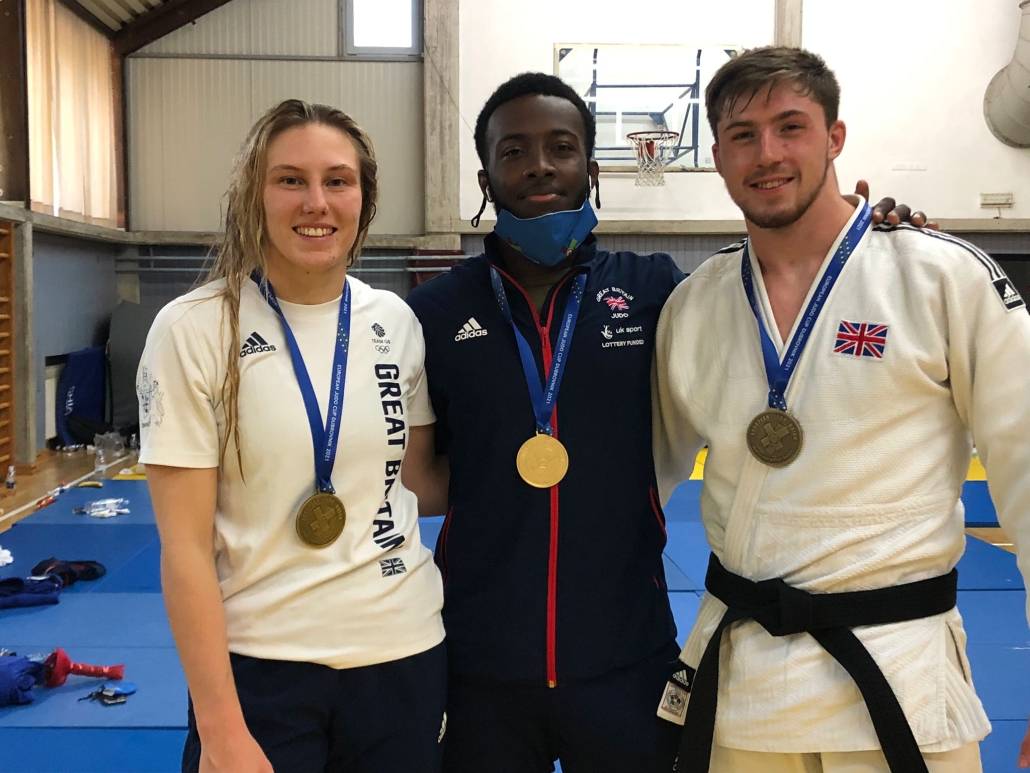 For Toprak this gold was her first time on the top step of a senior European Cup podium and backs up her recent bronze medal at the Sarajevo European Open and 7th place finish at the Zagreb Grand Prix.

Scottish judoka Short made a European Cup podium for the first time, whilst it was a great return to form for Petgrave, who picked up his first senior continental gold medal.

Keen has shown great form this year following her return to competition, but has always been delt tough draws. Dubrovnik proved to be no different as she faced, and defeated, the top ranked fighter en-route to claiming her silver medal.

Wilson returned to a European Cup podium for the first time in three years when she took silver at the Malaga European Open.

Job Vacancy: Team England Commonwealth Games Coaches (x 3) Scroll to top
Select the fields to be shown. Others will be hidden. Drag and drop to rearrange the order.
Click outside to hide the compare bar
Compare
Wishlist 0
Open wishlist page Continue shopping