You are here: Home / Featured / Silver for Skelley at Baku Grand Prix 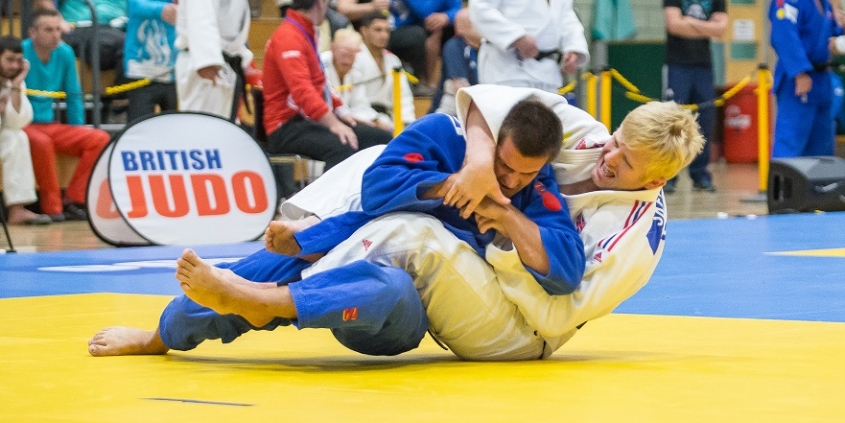 The Baku Grand Prix is the first competition that the British Judo VI team have competed in since the Tbilisi World Cup back in February 2020.

Skelley won his Pool, defeating Sulaymon Alaev (UZB) in the quarter-final, following an opening round bye. Despite going a waza-ari score down early in the contest, world number 1, Skelley, who is so dominant with his groundwork, won the contest with some excellent newaza to set up a semi-final contest against Oliver Upmann (GER).

Another dominant newaza display from Skelley saw him defeat Upmann to book his place in the final to face world number 2, and Rio Olympic Champion, Zviad Gogotchuri (GEO).

The final was a real battle between the world’s top two fighters in the -100kg category, but it was the experience of the current Paralympic Champion that saw him defeat Skelley by scoring two waza-ari’s. 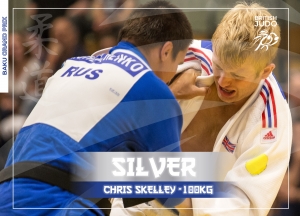 There was nothing to separate bronze medal contest until some great newaza from Latchoumanaya forced Stewart to tap out and concede the contest, handing the bronze medal to his French opponent. 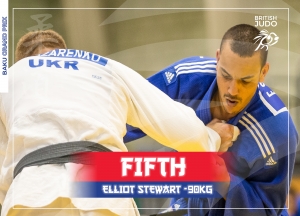 After an opening round bye Jack Hodgson was defeated in the quarter-final by Wilians Araujo (BRA), meaning he progressed to the Repechage.

The bronze medal match could have gone either way, but unfortunately for Hodgson, he amassed three penalty shidos and was disqualified, handing victory to his opponent. 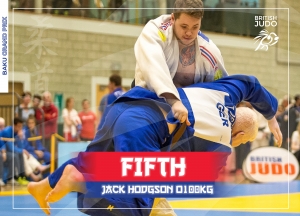 Evan Molloy finished 7th to equal his best international result. A great day for the young British fighter, the highlight being the opening round victory against world number 2, London 2012 Paralympic Champion and Rio 2016 silver medallist, Dmytro Solovey (UKR). A left seoi nage throw for ippon in the opening 17 seconds enough to see him progress to the quarter-finals.

Speaking after the event, Paralympic Head Coach, Ian Johns said: “I am very happy with the teams overall performance today. 15 months is a very long time to be away from competition so it was fantastic to see them all back on the mat. The training at the National Training Centre since January has been fully focussed on returning back to competition and they have looked sharp this last few weeks.

“Skelley’s silver medal is obviously a highlight. He was extremely competitive against the reigning Paralympic, World and European Champion in the final. Jack’s recovery from an elbow injury has been nothing short of amazing, the British Judo medical team have done an incredible job getting him to the event in the first place. Elliot’s day was a mixed bag with two fantastic wins against world class opponents and then just falling short against rival medallists in the semi-final and bronze matches. Evan beating the two time Paralympic medallist and a favourite for honours in Tokyo was just out of this world!… And then getting his hands on two other world class fighters just proves he is ready to step up to this level!!

“The competition has been a great marker for where we are currently, but the work starts again now so as we can hopefully secure qualification for the team and then go to the Paralympic Games best prepared to win medals.”

Attention now turns to the final Paralympic qualification event; the Warwick Grand Prix will be staged in the United Kingdom on 19 – 20th June. 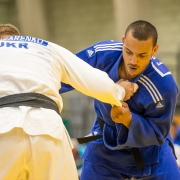 Birmingham 2022 seeking over 13,000 volunteers to deliver historic Commonwealth... Scroll to top
Select the fields to be shown. Others will be hidden. Drag and drop to rearrange the order.
Click outside to hide the compare bar
Compare