You are here: Home / Association news / “Shaping the Future” Coaching Conference Returns for 2019! 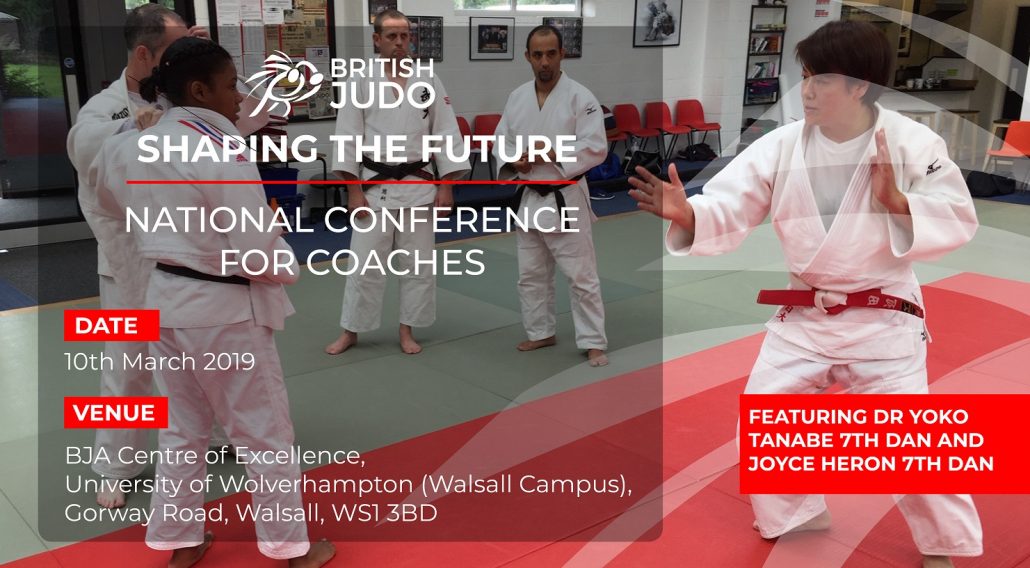 Due to overwhelming demand of last years “Shaping the Future” Coaching Conferences, British Judo are proud to announce that the 2019 edition of the event will feature Japan’s Yoko Tanabe 7th Dan and Joyce Heron 7th Dan.

Over 90 keen coaches and judoka took to the mat at Walsall and SKK Judo Club in 2018 and were awed by the EJU Hiroshi Katanishi’s coaching style and expertise during the two events.

Tanabe won silver medals in the -72kg competition at the Barcelona (1992) and Atlanta (1996) editions of the Olympic Games to compliment the five World Championships picked up during her glittering career on the mat.

This Conference, the second year it will be running, is part of an on-going process of engagement with coaches, will consist of a variety practical tachi-waza and ne-waza sessions as part of our drive to continue to ‘Raise Technical Standards’ and help guide the direction of future programmes and initiatives.

There are limited places, so to avoid disappointment book now.

Click here to purchase tickets for "Shaping the Future"

Entry List Announced for Pre-Cadet & Cadet English Open Scroll to top
Select the fields to be shown. Others will be hidden. Drag and drop to rearrange the order.
Click outside to hide the compare bar
Compare