You are here: Home / Association news / 10 Days Left To Secure Your Spot at “Shaping The Future” 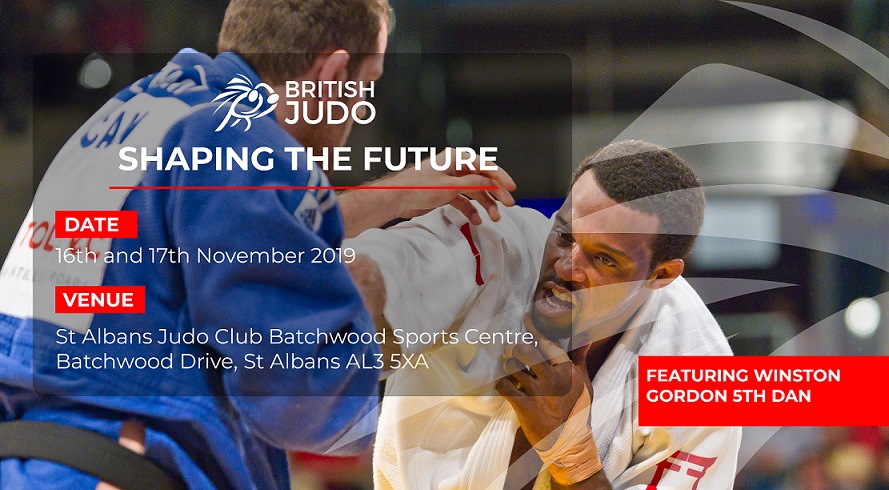 Triple-Olympian Winston Gordon will return to the UK in November to lead British Judo’s Shaping The Future Conference at St Albans Judo Club.

Gordon retired back in 2013 having competed in three Olympic Games for Great Britain along with five World Championships.

Over an illustrious 20-year career he maintained a reputation as one of the leading -90kg forces in the country. Finishing fifth in Athens in 2004, he was propelled by a home crowd to achieve a gold for Great Britain in the 2002 Commonwealth Games in Manchester and then took European bronze in 2006 in Tampere. He was crowned British Open Champion of 2009 and has claimed a number of international medals, including three World Cup bronzes.

Gordon currently coaches at the Olympiastützpunkt (a national centre of excellence) in Bayern, Munich – under the Bavarian Judo Association – where has overseen the progress of many cadet and juniors through their pathway and onto the senior circuit.

This edition of the seminar will see a particular focus on gripping, tachi-waza and transition in newaza and is part of an on-going process of engagement with coaches as part of our drive to continue to ‘Raise Technical Standards’ and help guide the direction of future programmes and initiatives.

There are limited places, so to avoid disappointment book now.

British Judo to Adopt Judogi Rules from 2019 British Championships Scroll to top
Select the fields to be shown. Others will be hidden. Drag and drop to rearrange the order.
Click outside to hide the compare bar
Compare