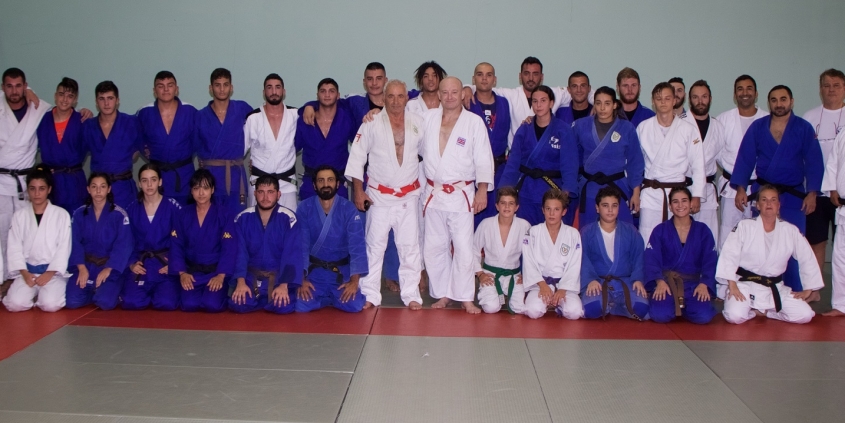 Mr Cooper, a former RAF Sergeant, conducted two masterclasses at RAF Akrotiri Judo Club where approximately 30 club members learnt new tactics and techniques, in order to develop their skills. The sessions involved an introduction to new standing and ground techniques that can be used within future competitions and training sessions. 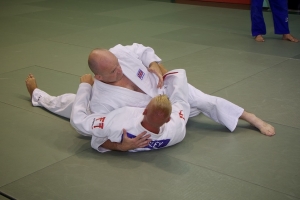 Whilst helping to develop the club was a priority, following the club masterclass, Mr Cooper was invited as a special guest to lead a squad training session at the Cypriot National Judo Squad Training Event, in Nicosia, which RAF Akrotiri Judo Club also attended for the first time. The event was a huge success with over 35 elite squad members from across the island learning and practicing techniques which they can use in upcoming national and international competitions. The day was of particular value to British Adaptive Judo Champion, Joshua Hemsley, to hone his skills prior to the Intellectual Disability Championships in October.

Chairman of the Club, Squadron Leader Steve Hemsley said: “Having such a senior member of the British Judo Association visit has been fantastic for the Club. The training session with the Cypriot National Judo Squad has given members the opportunity to practice techniques against different opponents. It has also been good to further develop our relationship with the Republic of Cyprus. In terms of the masterclasses, they have been great at enhancing the skills of our players both young and older. We are grateful to Mr Cooper for taking the time to visit us and we look forward to further sessions in the future.”

Mr Cooper said: “My time in Cyprus has been a time of making friends and enlarging the Judo family. It was an honour to coach the Cypriot National Judo Squad and hopefully this will be repeated in the future. To hold two successful masterclasses at RAF Akrotiri, not only to enhance judo techniques and introduce new ideas, but also to improve coach education at this expanding grassroots club was an absolute privilege. 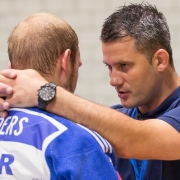 Great Britain to Host 2020 Visually Impaired Judo Grand Prix Scroll to top
Select the fields to be shown. Others will be hidden. Drag and drop to rearrange the order.
Click outside to hide the compare bar
Compare