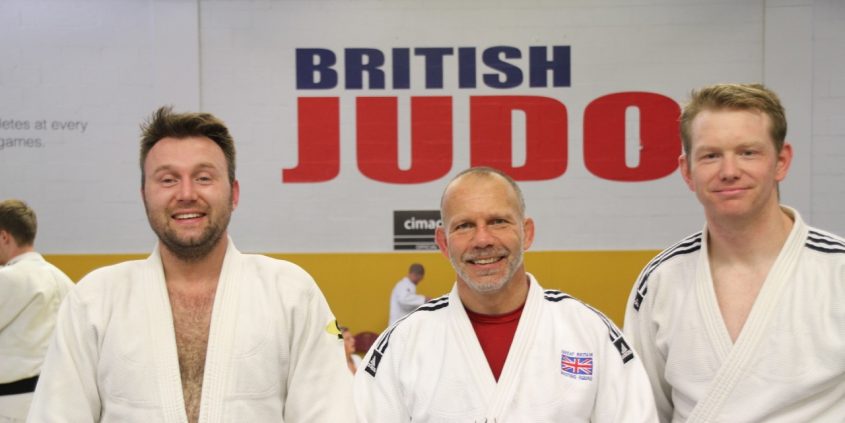 The first ever Masters Team event to be held in Great Britain took place as part of the Bev Price Team Championships at the BJA Centre Of Excellence in Walsall last weekend, run by Kidderminster’s Samurai Judo Club.

Eleven men’s masters teams took part in the competition on the day; mostly comprised of Black belts up to 6th Dan, and there was some excellent judo on show. The host club was delighted to take the gold medal when one of their three masters teams defeated Kangei Judo Club 2-1 in the final. Kangei came back well to win the senior men’s category, however, defeating Wolverhampton in the final, whilst Oxford University beat another Samurai team to take the women’s gold. Bishop Stortford scooped three of the four junior titles, with the girls heavyweight title going to Micklefield.

The competition is run in memory of Bev Price, who died 20 years ago this year at the tragically young age of 23. At the time of her death she was placed second in the British senior rankings and had also just won the British Kata Championships. She was a 2nd Dan, although with over 150 points towards her 3rd Dan; quite an achievement for a -52kg judoka, and was also a qualified coach, referee and table official. Each of the seven team categories’ medals were presented by a club member or honorary member who knew Bev well.

The event runs each year in October or November at the Centre Of Excellence, and this year was the first year that Masters team categories have been included. Sadly there were no women’s masters teams entered, but the Samurai Club will run a women’s team category next year if there is sufficient interest expressed.

GB Judo Preview: 2017 Junior World Championships Tough day for GB Judo at Junior Worlds Scroll to top
Select the fields to be shown. Others will be hidden. Drag and drop to rearrange the order.
Click outside to hide the compare bar
Compare