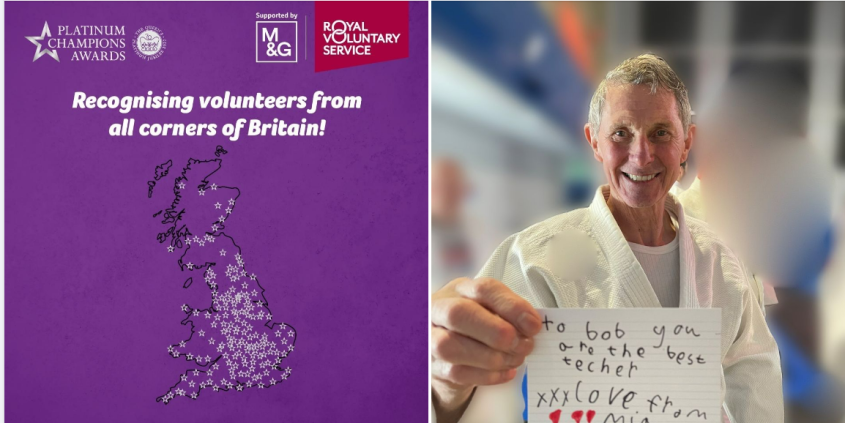 The award is in honour of Her Majesty the Queen’s 70 years of service, giving the opportunity to celebrate the remarkable contribution of RVS volunteers, who are truly the backbone of our country.

Robert Winkworth was chosen for the award for generously volunteering his time for the past 33 years to teach Judo to 1000’s of children from all backgrounds.

Robert (Winky) has been coaching at the club from the very early days, having taken up Judo himself at 40 years old, winning his competitive black belt a few years later.

Now aged 75 he is still an integral part of the coaching team, leading by example demonstrating cartwheels and still loving Randori!

Over the years he has spent many hours supporting children who had additional needs, building their confidence and ability, driven 1000’s of miles to events, and financially supported the club and those members who needed help.

Thanks Robert for taking the time to give back, your award is very much deserved.

14 GB Judoka set for Madrid European Open Scroll to top
Select the fields to be shown. Others will be hidden. Drag and drop to rearrange the order.
Click outside to hide the compare bar
Compare