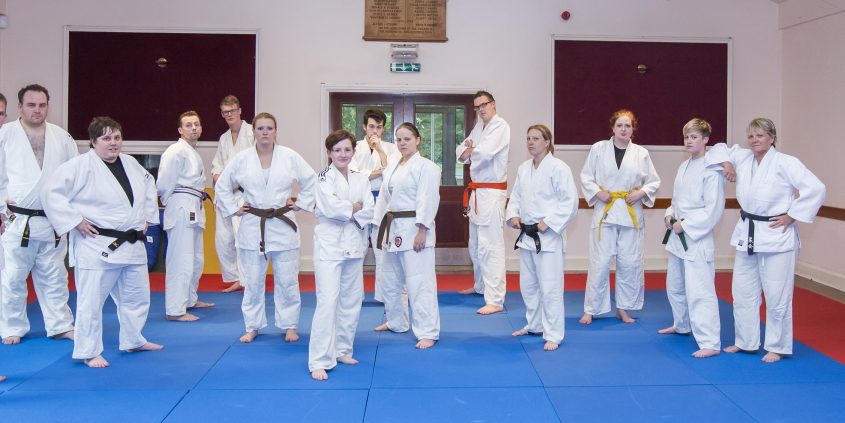 There have been many clubs that have demonstrated sustained growth and development over the past couple of years but Redditch Judo Kwai continues to shine. 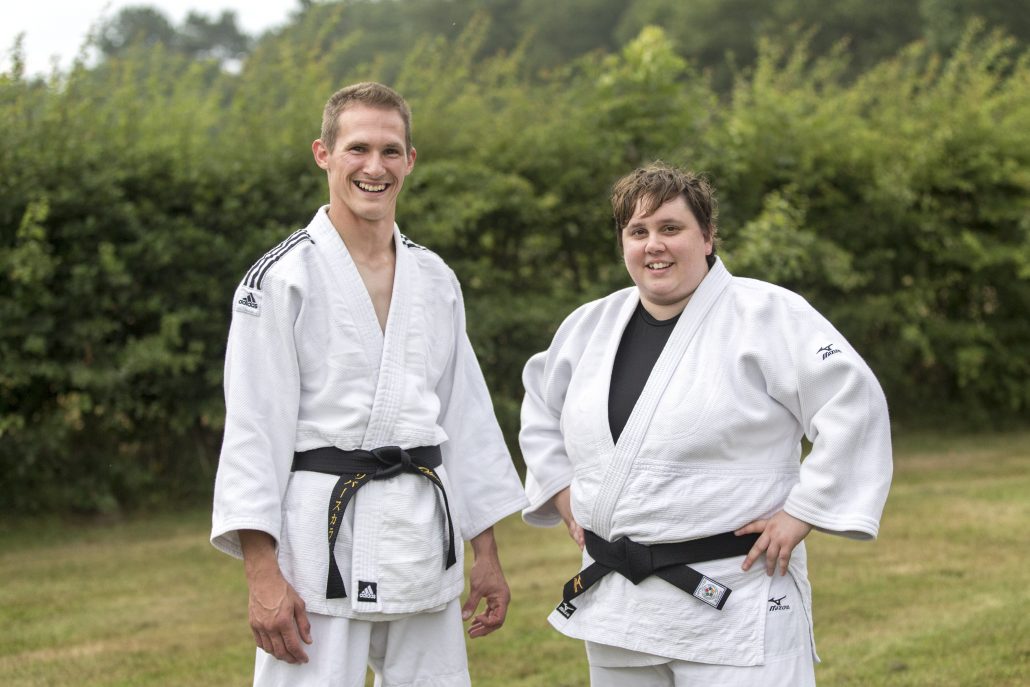 Redditch Judo Kwai opened its doors in September 2015 at Cookhill Village Hall on the outskirts of Redditch in Worcestershire.  It was the hard work and determination of Head Coaches Claire and Oliver, former Bromsgrove Judo Kwai members, that drove the club into what is now the second largest club in the County, boasting some 90+ members.

Qualifying as Level 2 coaches in January 2015, Claire and Oliver set their sights on achieving their dream of running their own British Judo Association (BJA) club.  It was their enthusiasm and desire to achieve that captured the support of, not only the BJA, but other local partners including Redditch Borough Council and the Herefordshire & Worcestershire County Sports Partnership.

In the early stages, Claire and Oliver met up with BJA Regional Delivery Manager, Jo Walker, to discuss their aspirations and gain some advice about setting up a club.  A club action plan was produced outlining their vision and the key steps required to achieve this. Having no funds or equipment, Claire and Oliver were advised to apply to Sport England for a grant and were given support with their application to ensure the best possible chance of being successful.

As part of this application the club needed to demonstrate to Sport England that there was a demand in the community for a new club and therefore it was essential that sessions were up and running immediately. Claire and Oliver were loaned 49 mats to start weekly sessions and were overjoyed with the initial interest.

Membership grew fast and several volunteers came forward with a range of skills, willing to give up their time to help.  “Claire and Oliver are amazing and it’s been an absolute pleasure working with them over the past few years. Their enthusiasm and ability to warm to others filters through the club and makes for such a welcoming environment. It is this that makes others want to help which is why they have such a great network of volunteers playing a massive role in helping to run the club” says Jo Walker, BJA Regional Delivery Manager.

To the joy of everyone in June 2016, Claire and Oliver received confirmation that their bid had been successful and Sport England were awarding them with 100% of the funds they had requested.  The club were able to purchase 115 new mats, two crash mats, SAQ equipment, a range of Gi’s, pay for new coaches and referees to become qualified, train volunteers and produce publicity material to promote the club further.

Having support from a range of partners has given Claire and Oliver reassurance and encouragement to continuously improve and grow their club.  BJA Delivery Officer, Keith Merrick, who tutored Claire and Oliver through their UKCC coaching awards, was instrumental in assisting them to establish a sustainable workforce. “Keith has assisted greatly with the development of the club, providing technical guidance to coaches, helping build a coaching team and supporting with the administration and awarding of grades” said Oliver. The club now has 3 x Level 2 Coaches and 6 x Level 1 Coaches, supporting the club, which includes 4 female coaches.

“The County Sports Partnership have supported the club in many ways which really helped in the early stages of our development, including offering guidance on setting up a club within the County and providing access to free courses for our volunteers such as managing club finances, how to market your club and gaining funding” says Claire.

Keen to establish credibility, in May 2016 the club successful achieved the BJA and Sport England Clubmark award, providing reassurance to existing and potential new members that the club has robust governance, qualified coaches, safeguarding procedures and a passion for providing judo for all. They established a satellite club (Black Belt Link) at a local secondary school, and provide regular curriculum and after school sessions to students there, helping to promote the club.

“Clubmark has assisted us greatly in setting up our club.  By following its structure and requirements it has allowed us to set in place all the processes which ensure, all aspects of providing a safe environment for young people are achieved. From Clubmark we have also taken and adapted some of the requirements and processes and used them as tools, which help us run as a club.  I would recommend Clubmark to any club with aspirations to develop” says Claire.

The club have been working hard over the past year organising several fundraising events including raffles, sponsored runs, club competitions and two Master Classes from Tom Reed and Ashley McKenzie.  “We are very lucky to have the members that we have who give all their time to help.   Facebook has been a great platform for us to communicate with our members and this helps to make everyone feel part of the club” says Claire.

Due to the popularity and success of the club and the speed to which membership has grown, they are now seeking a new club home.  They have registered as a Community Interest Company and are investigating funding providers to assist with the development of a suitable building.  “Our future is now in the strength of our club’s members, the networks we have made and the community we have created here, so watch this space” says Claire.

GB JUDO PREVIEW: Tashkent Grand Prix Scroll to top
Select the fields to be shown. Others will be hidden. Drag and drop to rearrange the order.
Click outside to hide the compare bar
Compare