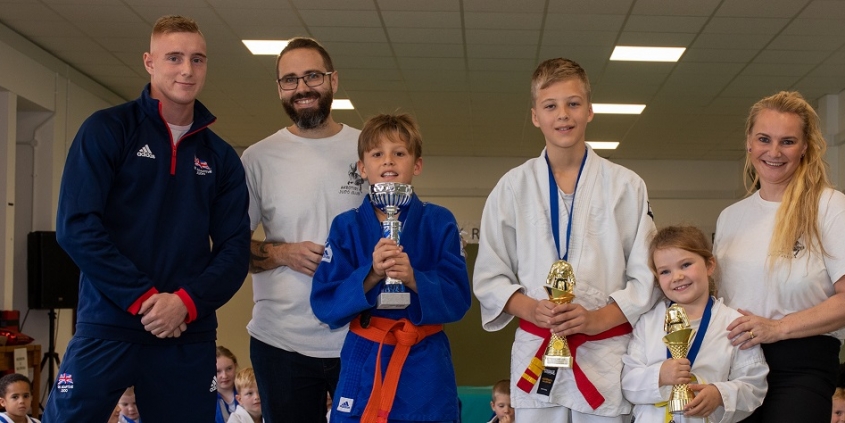 RAF Akrotiri Judo Club held its first ever internal judo competition on 14th December for its junior and intermediate judoka.

The event took place at the Akrotiri Martial Arts Centre and involved 27 judoka between the ages of 5 and 12. Each athlete took part in a number of contests, lasting between 2-3 mins, where they were able to showcase their standing techniques and groundwork skills they have learnt to date. For many of them it was their first ever competition and was a good introduction ahead of potential participation in competitions within the Republic of Cyprus.

Two of the most senior judoka were Gabe and Zachary, who put on a good show for the crowd, displaying tenacity and confidence during their contests. Gabe, who has been at the club for approximately 18 months, picked up the ‘Most Competitive Fighter’ Award given his strong skills displayed during competitions in the Republic of Cyprus.

One of the youngest participants was Henry, aged 5, who achieved a gold medal despite only having participated in judo for 1.5 weeks. He said: “It was so awesome, we got to show our mummies and daddies what we can do and we all got medals.”

Head Coach, Julie Hemsley said: “This has been a fantastic day. The young judoka seemed to enjoy it a great deal and I am extremely proud of what they have all achieved. We will now look to build on the performances by developing our engagement with the Republic of Cyprus in order to help our judoka develop further.”

The event concluded with a number of additional awards for the judoka, including best male and female which were awarded to Evan aged 10 and Erin aged 7 respectively, who have demonstrated excellent development during 2019. This was followed by a number of volunteer awards to recognise all the people behind the scenes that help run the Club.

Station Commander, Group Captain Chris Snaith, attended to watch the action and presented the medals to the judoka. He said: “The courage and respect shown by the young children today has been fantastic and has impressed me enormously.  I am very grateful for what our hard-working team of volunteers have achieved in order to provide this opportunity to our younger dependants.  The Club has gone from strength to strength and I look forward to hearing about its future successes as we develop our engagement with the clubs in the Republic of Cyprus.”

The Club would like to thank 7th Dan Black Belt, Tony Higgins for his assistance in preparing the judoka for the competition and Referee, Mr Achilleas Georgiou, 4th Dan Black Belt from the Cyprus Judo Federation for supporting the event. 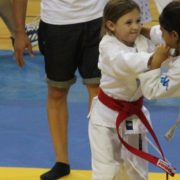 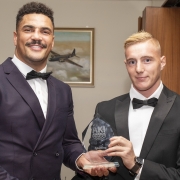 Dan Grade Promotions – December 2019 Scroll to top
Select the fields to be shown. Others will be hidden. Drag and drop to rearrange the order.
Click outside to hide the compare bar
Compare
Wishlist 0
Open wishlist page Continue shopping