You are here: Home / Events / Piovesana crowned U23 European Champion 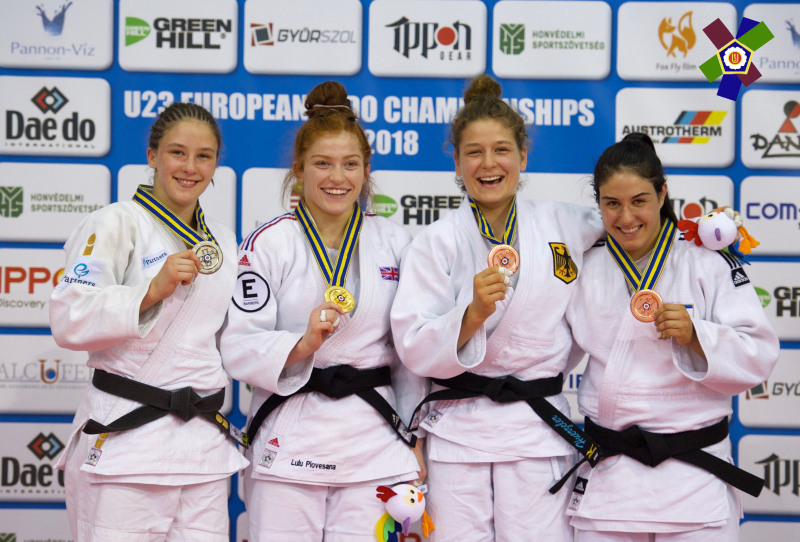 Lubjana Piovesana backed up her seeding to win -63kg gold at the 2018 U23 European Judo Championships in Gyor, Hungary on Saturday 3 November.

The Sutton Coldfield judoka had finished fifth at two Junior European Championships, but she made up for that with a very professional performance in Hungary.

Piovesana was on form straight from the start with her newaza proving very effective.

The British judoka bided her time against Spain’s Vlada Kopnyayeva before spotting an opportunity on the ground to work a Sangaku, resulting in Kopnyayeva tapping out.

Her quarter-final against Louise Hansen (DEN) lasted less than 20 seconds as Piovesana outgripped her opponent and forced her to ground.

Piovesana went straight into shime-waza and forced Hansen to tap.

Israel’s Paz Liebel was next up in the semi-finals and Piovesana had beaten her opponent twice. However, both contests came back in 2015.

The Israeli judoka made a fast and physical start but Piovesana didn’t get flustered and worked another Sangaku in newaza and held her opponent down for ippon.

The British judoka’s efficiency meant that she went into the final against Renata Zachova (CZE) having spent less than three minutes on the mat. 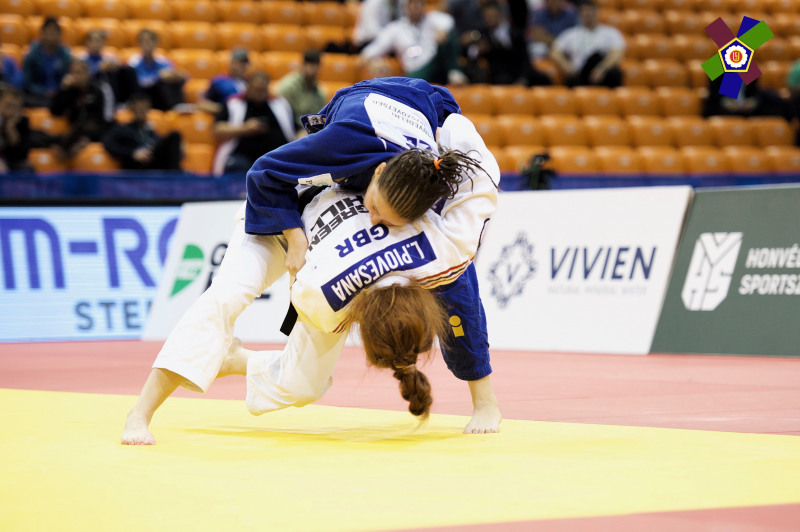 The final proved to be a much tougher contest and it went the distance. Both fighters looked strong in tachiwaza and newaza throughout.

Zachova picked up a shido in the second half of the before Piovesana showed good strength to drive the Czech judoka for waza-ari from a hip throw.

Speaking after picking up her medal, Piovesana said:

“I was looking forward to fighting, this was the Championship I’ve been working towards.

“I was excited but nervous. I put expectation on myself to perform. To cope with this I used self-talk, the support of Shelley (Ludford) & my coach Matt Purssey.

“I also drew on the positive experiences I had performing in Belarus and, most recently, in Cancun.

“I feel really happy. I’ve been in three European semi-finals & to get to the final and win gold feels great.

“I’d like to thank British Judo & UK Sport for their ongoing support and Matt for being the best coach ever.”

“Lulu’s performance today was outstanding. She coped with the pressure of being number one seed, and the favourite, exceptionally well.

“It was a pleasure to coach her matside. Her focus and clarity were second to none. She knew how she wanted to perform in each match, went out there and did it.

“I am very fortunate to have worked with Lulu from a Junior and been able to witness her development both as a person and player.

“It was a very proud moment to see her atop the rostrum with our national anthem playing today.” 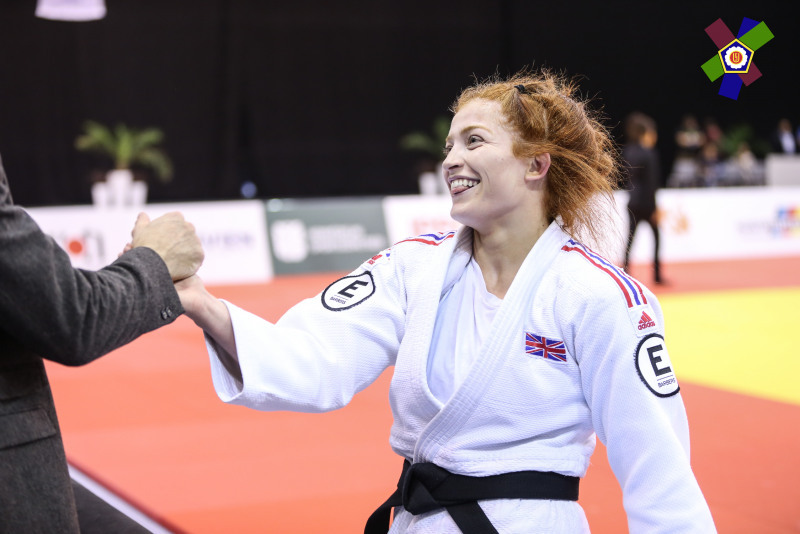 At -81kg Stuart McWatt had a bye into the second round where he took on Ukraine’s Grachik Avagyan.

The Ukrainian was a tricky customer and McWatt had to outlast his opponent. Avagyan picked up a shido but the contest went into golden score as neither fighter could break the deadlock.

McWatt soon forced Avagyan into getting a second shido for grabbing the leg before he outmanoeuvred the Ukrainian resulting in a third shido, this time for stepping out.

His quarter-final against Salvatore D’Arco turned into a lung-bursting affair though McWatt made the perfect start as he threw the Italian for waza-ari in the first 30 seconds.

D’Arco continued to press but McWatt looked comfortable until the Italian levelled things up with a score of his own with just over a minute left.

The contest went into golden score and eventually, after over four minutes of added time, McWatt finally forced D’Arco into getting a third shido for passivity.

Georgia’s Vladimir Akhalkatsi came flying out of the blocks and put the British fighter under pressure from the start.

Eventually that pressure told and McWatt went behind by waza-ari. The British judoka looked the stronger fighter as the contest went into its final minute but he just couldn’t get the score back.

His bronze medal match against Timo Cavelius of Germany was another tense affair with neither judoka able to trouble the scoreboard before the fight went into golden score.

Both fighters had two shidos against them but in the first exchange of added time Cavelius outgripped McWatt and threw him for waza-ari.

Glossop judoka Eric Ham went out in the second round to Alexandru Raicu (ROU). The fight was a tactical affair with Ham losing in golden score as he picked up a third shido for a false attack.

Competition starts at 1000 UK time with final block from 1400. Watch it live at EJU.net and follow @BritishJudo on Twitter for updates throughout the day

Superb silver for Nairne at U23 Europeans

U23 European silverware for Petgrave in Hungary Scroll to top
Select the fields to be shown. Others will be hidden. Drag and drop to rearrange the order.
Click outside to hide the compare bar
Compare
Wishlist 0
Open wishlist page Continue shopping