You are here: Home / Clubs / Outstanding judo in Sheffield at British Championships 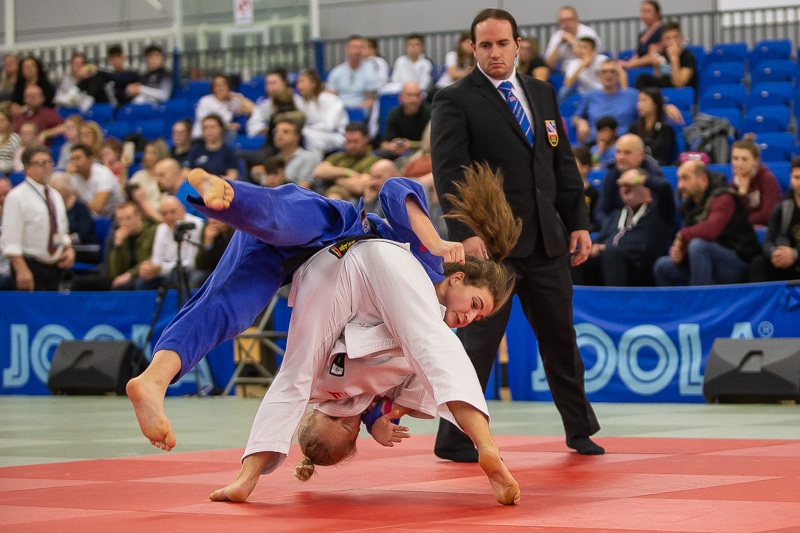 After a stellar first day in Sheffield, the 2018 Pre-Cadet and Cadet British Championships finished with another terrific display of judo on Sunday 2 December at EIS Sheffield.

Today was the turn of the Pre-Cadet Boys and Cadet Girls and once again, a number of judoka impressed.

Keen, who attended the 2018 GB Futures Camp in Japan earlier this month, won all of contests by ippon, including a six second win in the semi-final.

At -44kg Mae Bostock (Gateshead) was similarly impressive, winning three of her four contests by ippon.

There was an all-Moberly Stars final in the -42kg final with Oliver Almond getting the better of his teammate Ali Bougoffa in an epic golden score contest.

At -70kg Simone Cross was another standout gold medallist. The Bishop’s Stortford judoka won her first two contests inside the opening minute before getting the better of Daisy Gilroy (Sportif) in the final.

You can find photos from Day Two here>>>

2018 British Championships (Junior and Senior) Entry List Now Available
Scroll to top
Select the fields to be shown. Others will be hidden. Drag and drop to rearrange the order.
Compare
Wishlist 0
Open wishlist page Continue shopping
We use cookies to ensure that we give you the best experience on our website. By continuing to use our website, you agree to the use of cookies.OKRead our Privacy Policy