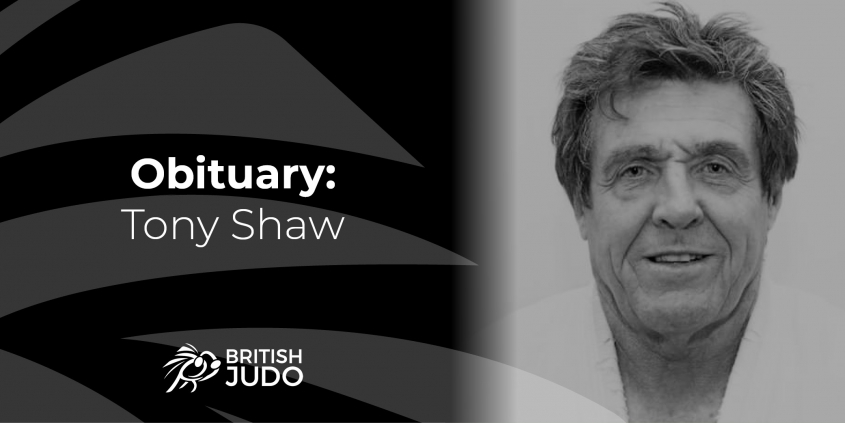 It is with great sadness and deepest regret that we wish to inform you of the passing of Tony Shaw from Ryecroft Judo Club on 13th November 2020.

Tony was a founding father of Ryecroft Judo Club and was head coach for over 40 years. In 2010 Tony was crowned BJA Club Coach of the year. Tony was a 3rd Dan and two-time British Veteran Champion.

Ryecroft Judo Club is home to three generations of the Shaw family. Son, Gary and grandchildren Jack and Beth all followed in Tony’s footsteps.

Tony had only recently been struggling with illness, and he passed very peacefully with his daughter Toni by his side.

Nick Hawke, Ryecroft Judo Club coach said: “Tony was one of the most selfless people on this planet. He helped hundreds, if not thousands of people learn the sport of Judo. If you loved Judo, Tony loved you. As well as giving life lessons to those who knew him the most. He was our friend, our mentor, our Judo father, our unsung hero, our generous, kind, caring, humble, Judo Legend.

He was a true local hero, volunteering for decades to keep Ryecroft Judo Club alive. Offering help and support to every single person who stepped foot in the door of the club. Without Tony, there would be no Ryecroft Judo Club. Without him, I do not know where I would have ended up. I certainly would not be who I am today without Tony’s inspiration and words of wisdom over the 33 years he has been my coach.

His legacy lives on, in all those who were proud to call him ‘coach’, ‘dad’, ‘grandad’, ‘friend’, ‘family’. May the Ryecroft Judo Club continue in his honour for decades to come.”

Ian Oliver, Ryecroft Judo Club coach reflected on his tutorship under Tony: “I started at Ryecroft Judo Club at the age of 8, over 30 years at the club I have never known Tony to miss one session, and we have three sessions per week! That’s the kind of man he was. He was always the first to arrive and the last to leave. He encapsulated everything that Ryecroft Judo Club was about, and he will be dearly missed by all who had the pleasure of knowing him.

Tony’s dream was to see a member of Ryecroft Judo Club compete at the Olympic Games. We have come close on many occasions, but I am sure it will not be long before his wish is granted thanks to all his hard work over the years in establishing the club.”

Our thoughts go out to Tony’s family and friends at this very sad time.

Additional Home Workout Sessions Announced Scroll to top
Select the fields to be shown. Others will be hidden. Drag and drop to rearrange the order.
Click outside to hide the compare bar
Compare