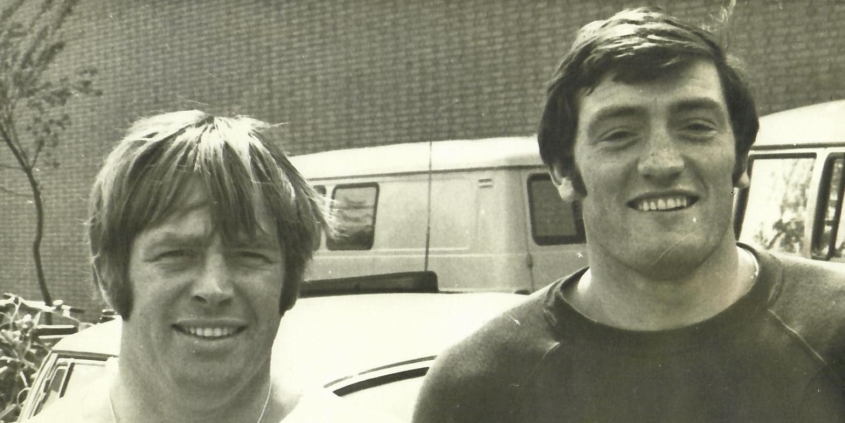 It is with great sadness that we announce the passing of British Judo legend Tony MacConnell who passed away over the weekend.

Tony was a much loved member of the British Judo family, and tributes have been pouring in from across the country to celebrate the life of the former athlete and coach.

He was an international athlete during the 1960s and 1970s, regularly captaining the British squad in competitions across the globe.

Following his retirement from competing, Tony turned his attention to the coaching side of the sport. His services were quickly snapped up by Sweden for their National Squad.

Judo exponent Peter Holme, of Kendal, fondly remembered a British Open championship contest at which Mr MacConnell had been the Swedish team manager. He said that he had been coaching his team’s participants in the Scandinavian language but halfway through a contest he roared at one of his team in broad Cumbrian: “Get tha’ sen stuck in lad” before reverting back to Swedish.

It would only be a matter of time before Tony would return home and attract the services of the Great Britain squad. It was a position that he would flourish in and shape arguably one of the finest eras of British Judo there has been in the Montreal Olympic cycle, alongside David Starbook MBE.

He was fundamental to the development of a young Neil Adams MBE as he progressed through the ranks of the domestic and international scene.

At the end of his tenure with British Judo, Tony set up The Kendal Dojo with generous help from Colin Draycott and Brian Cox.

At that time it was considered to be the best Dojo in the country and ranked alongside anything that could be found in Europe, including some of the most exclusive clubs in France. The club would produce future Olympic Bronze medallist Neil Eckersley, who would go on to medal at the Los Angeles Olympic Games in 1984.

From coaching an international side to a standard that is fit enough for the Olympics, many have said that Mr McConnell has been not only an ‘incredible influence’ on them but to the sport as well.

“He was an inspiration to me and everyone at the party,” said Mr Holme. “He must be the top coach in the UK and most definitely in the top rankings in the world.”

As soon as we receive details of Tony’s funeral, we will post them on this article.

Silver for Livesey in inaugural Montreal Grand Prix Scroll to top
Select the fields to be shown. Others will be hidden. Drag and drop to rearrange the order.
Click outside to hide the compare bar
Compare
Wishlist 0
Open wishlist page Continue shopping