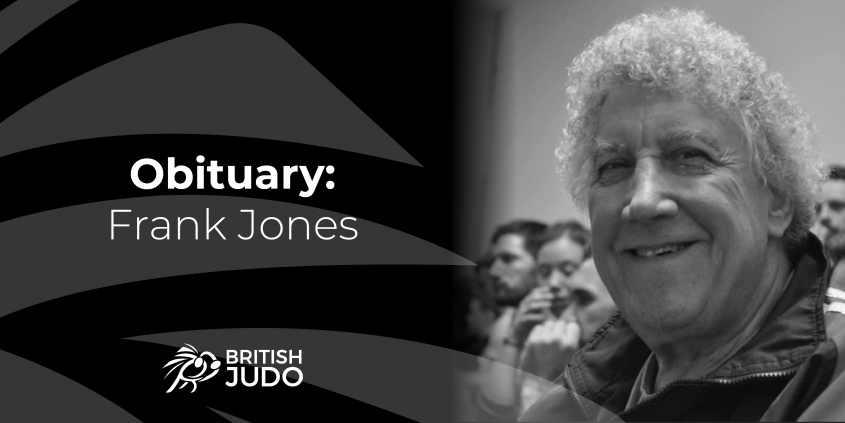 Thank you to the North West Area for providing this kind obituary for Frank Jones:

It is with great sadness that we have to share the news of the loss of Tyldesley Judo Club Coach Frank Jones (6th Dan) after a long struggle with ill health.

Frank was a well-respected judoka within the North West Area and a lifelong devotee of ‘the gentle way’. The founder of judo Jigaro Kano believed that the ultimate goal is to develop oneself to the maximum extent possible, striving for perfection, so that one can contribute something of value to the world. It is safe to say Frank contributed a great many things to a great many people throughout his life.

A time served foundryman who was able to share and pass on his trade skills as a college lecturer and who subsequently further developed his lecturing skills becoming a tutor in Information Technology. Frank was always a man of great patience and calm, he was always able to keep standards very high, which all of his students, be they on the judo mat or in the classroom would to attest to.

Frank began judo in the 1950’s at Bolton Judo Club, often travelling to the famous KNK Judo Club, having a wonderful relationship with Hosaka Sensei & also with his other Mentor Watanabe Sensei. Quite a change from the early days when it would be common for Frank and his peers to be taking judo lessons directly from a book to develop their skills in the mysterious art. Frank was always keen to progress with the sport and with others would regularly  travel to Judo Clubs across the region, from Barrow in Furness to Bacup and from the KNK to Kendal.

It wasn’t unusual for Frank to cool off after a tough session with a lager with ice, even in the depths of Winter. If the lager was too free flowing a lemonade and a piece of chocolate would settle the equilibrium the following day ready for any tournament ahead.

Frank was also a keen bowman, something of an expert with the recurve bow, and a devotee of Field Archery.  He was an archery coach and involved in the governance of the sport, always striving for, and encouraging excellence within the discipline.

Locally Frank also volunteered his time for several charities particularly those related to mental well-being and community care. He committed a lot of time and effort to help organize and run their various functions.

As a Senior Examiner in Judo, Frank oversaw the grading of many judo players as they achieved the coveted black belt. Often observing and offering nuggets of advice that would stay with judoka long after they achieved their judo goals. However, Frank wasn’t to be outdone himself and was a regular participant on the competitive master’s circuit, being crowned world masters champion at the age of 70.

As a season ticket holder of his beloved Manchester City, Frank has reaped and enjoyed the rewards of his supporting perseverance in recent years, with city doing well after a long period of supporter frustration. This perseverance was echoed in many aspects of his life, and that he has always encouraged it in others, advising them to set high standards and strive to meet them, saying,  “persist and you will certainly reap the rewards”.

Thank you, Frank, for contributing many things that are of value to the world. 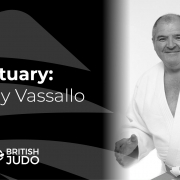 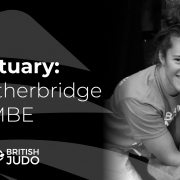 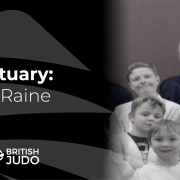 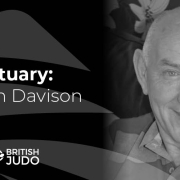 Stuart McWatt Masterclass Competition Winners Announced Scroll to top
Select the fields to be shown. Others will be hidden. Drag and drop to rearrange the order.
Click outside to hide the compare bar
Compare