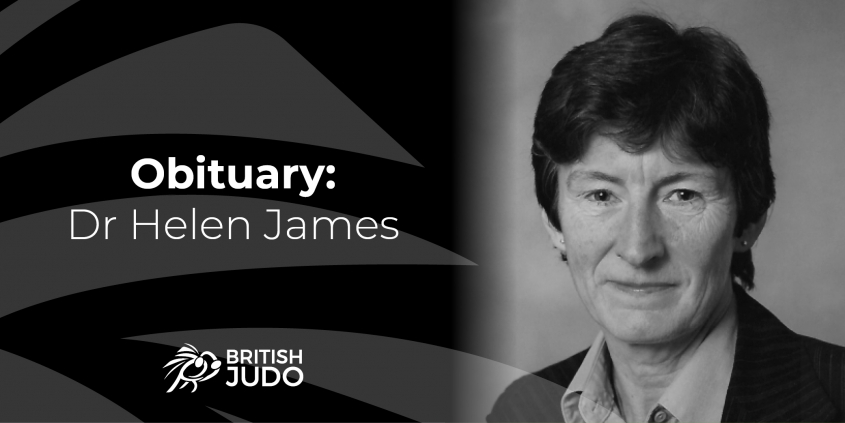 Everyone at British Judo was saddened to learn about the recent passing of former Chief Medical Officer and IJF Medical Commissioner Dr Helen James.

Both Helen (and her husband, John Eddy, an Obstetrician) provided medical support at the Junior National Championships at Crystal Palace for many years.

Helen was delighted to be involved in British Judo and thoroughly enjoyed the opportunity to work with the Olympic squad in the Atlanta Games as the Chief Medical Officer and this led to her appointment as the Medical Commissioner for the IJF, where she oversaw the medical provision for various World and European events (including Argentina, Columbia, Berlin, Birmingham….).

During her three years working for the IJF, she frequently gave lectures at international events particularly on the topic of ‘Drugs in Sport’. She did this whilst continuing to be a local GP [50 years] and Police Surgeon for the Essex and Suffolk area.

Calling All Female Judoka! National Dan Grade and Ladies Open Opportunities... Scroll to top
Select the fields to be shown. Others will be hidden. Drag and drop to rearrange the order.
Click outside to hide the compare bar
Compare