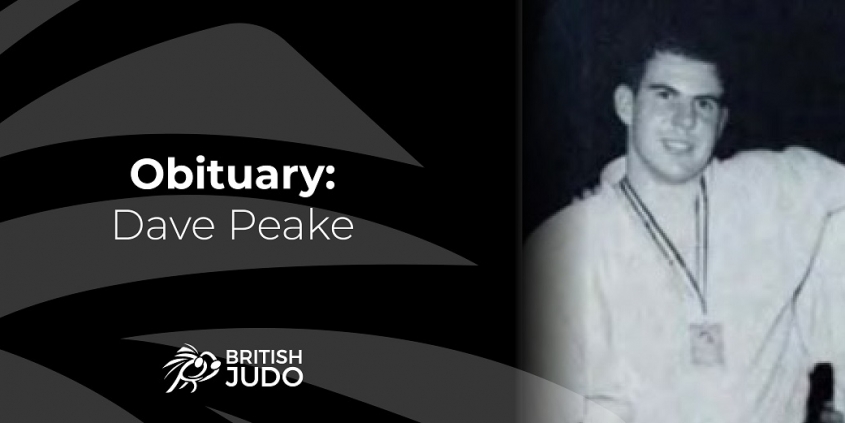 It is with great sadness to inform you this evening of the passing of Dave Peake 8th Dan.

Dave passed away peacefully at his home in France yesterday with his family by his side following a battle with Dementia.

Peake won the European Championships in 1965 alongside Brian Jacks and Alan Green amongst many other international and national titles.

He was a popular figure across the judo community as he chaired the Yorkshire and Humberside Region for many years.

He turned his attention to coaching following retirement when he was named Head Coach of the Yorkshire and Humberside Centre of Excellence based at Carnegie College in Leeds and the Richard Dunn Centre in Bradford along with holding the position of Head Coach of the York Railway Institute Judo Club for numerous years.

Arrangements for the funeral will follow shorty. The family have asked for people not to send flowers but to donate to their national or local Dementia charity.

A full obituary will be published shortly.

IT’S HAPPENING….GET PLANNING FOR THE #MYMILES CHALLENGE TO SUPPORT SPORTSAID... Scroll to top
Select the fields to be shown. Others will be hidden. Drag and drop to rearrange the order.
Click outside to hide the compare bar
Compare