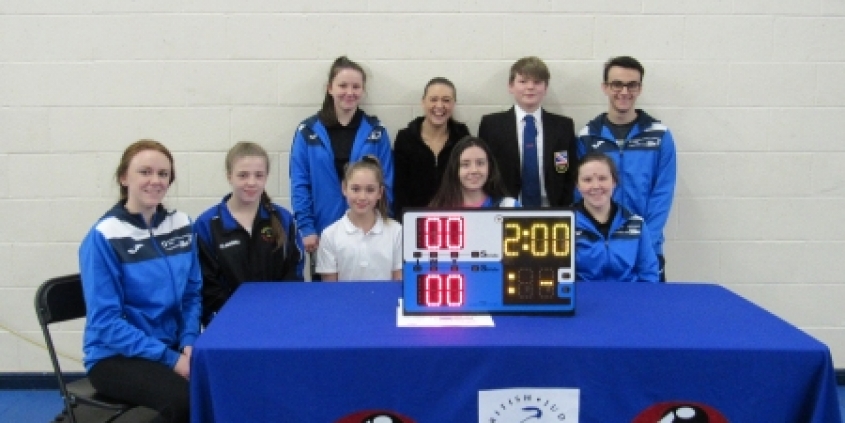 On Sunday 6th March the North West Area hosted a special event aimed supporting the development of officials and referees in the region.

Over 100 judoka with grades from novice to 9th Mon attended the event held at S.K.K Judo Club.

The young referees were encouraged to be vocal on the mat and give the correct signals for the respective scores. Senior Referees Graham Bayley and Paul Tansey and 2015 British Judo Young Referee of the Year Louis Norton were all on hand to offer advice and guidance to the young referees throughout the day.

Young members of S.K.K and Croxteth Judo Clubs also took the opportunity to have a go at refereeing and officiating for the first time.

There were 9 Girls and 10 Boys pools at the competition which was structured especially to give judoka the opportunity for extra contests once they exited the main competition. This also gave the young referees the chance to hone their officiating skills with extra contests to referee.

The day concluded with an awards ceremony to celebrate the efforts of those that took part with Throw of Day, Player of the Day (both male and female categories) Awards and a ‘Spirit of Judo Award’.

Tournament Director Alex McKay said: “Players came from as far away as Middlesbrough, Worcester and Sandbach to take part in the event today, which really contributed to the great atmosphere we had in the hall. The feedback we have been receiving throughout the day from parents and coaches will help us encourage younger judoka to enter future competitions also and also get them involved in table officiating and refereeing”.

“A big thank you should go to the coaches who really embraced the day. They were very supportive of the young officials who like the judoka were undertaking their first competition”, said British Judo Delivery Officer Kerry Tansey who organised the event in partnership with the North West Area Committee.

The next Mini Mon event will be at S.K.K Judo Club on Sunday 24th July 2016. For more information contact Kerry.tansey@britishjudo.org.uk.

Gold for Piovesana in Thuringia

British judoka looking to make a big impression in Tbilisi Scroll to top
Select the fields to be shown. Others will be hidden. Drag and drop to rearrange the order.
Click outside to hide the compare bar
Compare