The judo coach, whose pioneering approach to training those with special needs and disabilities has been adopted worldwide, saw his world turned upside down and led him down the path he would follow for the rest of his life.

And it was all thanks to a little girl who captured his heart.

“It was in the early ’80s, and I was coaching at the Central Boys Club in Cardiff, which then was on Bute Terrace,” he recalls.

“There was a knock at the door. I went and answered it and standing there was a little girl with Down’s Syndrome who asked could she have a go. Standing behind her was her mum who was shaking her head to say no.”

Despite this and for some reason I said yes.

“I took her on and her mother trained as a coach as well.”

This moment would lead to Roy becoming a special needs pioneer who during the last 40 years has lost count of the thousands of special needs and disabled people, both children and adults, he has trained.

The Welsh Judo Association (WJA) Life Member started in judo in 1976 at the Cardiff Central Youth Club. Over the past 40 years, he became involved in running judo for people with disabilities at both domestic and international level.

Among his many achievements, Roy Court helped bring judo into the programme at the Special Olympics and has helped organise Special Needs Judo tournaments throughout the UK and Europe.

“People with disabilities have their defect through no fault of their own, some have had accidents later in life, and some were born with their disability. They had no say in how they came into this world.”

“In the sporting world rules were made for the ideal sporting human being, with no consideration given to those people with disabilities.”

“Now in the 21st century we have come to realise and understand more about disabilities and the needs of the disabled performer.”

“Rules can be changed and adapted to allow participation by all, which again, not only thinking about sport, but it will also enhance life in the community and home for all concerned. This will make it a better and more caring society in today’s world.”

“Although this judo project is not quite perfect yet, inroads are being made with various organisations, countries to ensure that this project will succeed on an integrated and fair basis for everyone.” 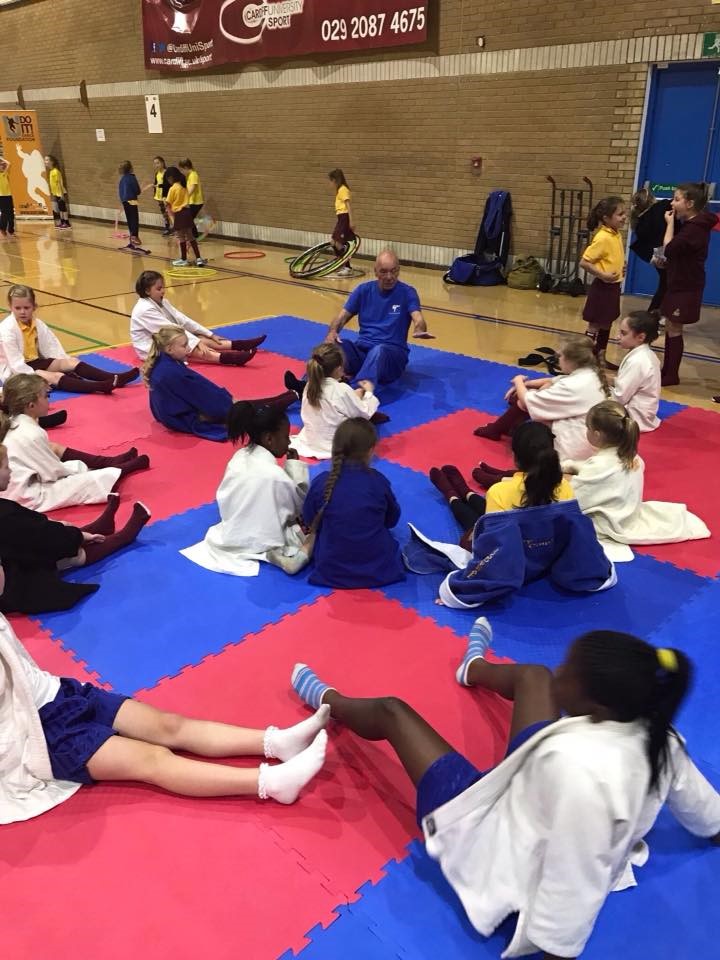 “I have been bitten/stoned/sworn at/punched and called many things but have overcome most of these situations and gained the respect of the athlete. I have also gained great satisfaction in coaching and have met and made many new friends.”

“At the end of the day, some are slower to learn, but repetition solves this, there is only one set of techniques in the sport of judo. The etiquette and rules are the same! All sports can be adapted to suit all individuals, a good coach does it now in their classes, with a mixture of ages etc, so having a disabled person in the class makes no difference.”

“Although I have coached many disabilities, those with behavioural problems, seem to be the ones that need most attention. But this situation or disability, sometimes cannot be seen but is ignited by a past memory or boredom.”

“I have never classed myself has an expert and never will, because it is my belief that we are all still learning at whatever degree or level we may have qualifications. But I have encountered these experts, they know it all and will not deviate from their systems or ways. I am a great believer in listening and watching others and learning.”

“Sport should be fun and enjoyed at whatever level we play at, it’s the athletes we do this for, not for the glory of the coach, or for the coach to gain awards or receive funding.”

Despite his years of experience of coaching disabilities, Roy made a valid point about the difference between coaching mainstream judo and adaptive judo:

“At the end of the day, some are slower to learn, but repetition solves this, there is only one set of techniques in the sport of judo. The etiquette and rules are the same! All sports can be adapted to suit all individuals, a good coach does it now in their classes, with a mixture of ages etc, so having a disabled person in the class makes no difference.”

The biggest challenge that Roy has faced over his career has been convincing the International Governing Bodies to provide additional support and opportunities for the adaptive community.

“In the early days getting the judo governing bodies involved, there was a fear that disabled people were more prone to injuries, thus insurance, we have proven this was a MYTH. Today, inclusive and adaptive judo is taking place all over the world.”

The following blog article from AandMe, perfect highlights the work currently being undertaken by Roy in his club:

I walked into the hall, it was noisy with the noise bouncing off the walls. Rhys held my hand but within seconds he slipped free and ran. The mats before him were too inviting, he couldn’t stop himself, and I was too slow to catch him.

“You need to get off the mat” the man said.

(Covid required deep cleaning between sessions, and two men were disinfecting each mat ready for the session.)

Rhys didn’t hear the man. Or maybe he did, but the words had no meaning to him.

I grabbed the belt around my son’s waist and hoisted him onto my hip. A deep dread filling my stomach, as the normal routine of events started to unravel.

As the men finished their job. The physical weight of my son started to ache through my joints. I lowered him to the ground, but within seconds he bolted off.

“Leave him” came a kind voice, and I turned and came face to face with a woman with shoulder length blonde hair. “Let him run” she said, and I stood in shock at a comment I don’t hear often from the general public.

As the rest of the group lined up on the judo mat, I joined Rhys, and tried to get him to stand next to me.

“Let him run” came another voice, and I turned to see a man, his black belt signifying his authority in the group.

As the lesson progressed I watch the man interact with my son. He repeatedly held out his hands to Rhys as he lay on the ground, and after a while Rhys held up his hands to him, his eyes locked with this stranger he had just met five minutes earlier.

As Rhys was lifted, the black belt moved with him and then gently brought him to the ground in a judo throw.

I watched the interaction between them, Rhys’ giggling with excitement. The butterflies in my stomach eased slightly.

After a while the man approached me and I felt the nerves suddenly rise again. I was waiting for the comment. Something about how maybe we should give it a year for Rhys to develop a bit further, and that he just wasn’t ready.

“It’s going to take time, but keep bringing him. He will get there”

He then started to describe what he had been teaching Rhys. Told me Rhys’ strengths, his fears and how far he knew how to push him.

This man had spent a total of twenty minutes with my son and knew more than someone who had known him for years.

As we left and returned home, I felt elevated. It had not gone great, but we had been accepted. Then my phone pinged, and I worried. I thought it may be the message I have got so often before. A rejection and how my son probably wasn’t the right fit for the group.

But as I looked down at the letters across my screen, I was in shock. “Rhys did amazing, look forward to seeing you next week”.

We have had many rejections. Comments from schools, from wraparound care, holiday clubs and sport activities. All have pushed my son aside and each time torn a whole in my heart.

Here was someone who saw my son as a child. A boy who could learn judo.

We have a long journey to venture, but we have started by taking the first step. I have found somewhere that is inclusive.

And bloody hell, that is a hard thing to find!

Introducing the 2021 Tokyo Paralympic Roadshow Scroll to top
Select the fields to be shown. Others will be hidden. Drag and drop to rearrange the order.
Click outside to hide the compare bar
Compare