You are here: Home / Association news / Medals Galore on Offer at the British Schools Championships 2017 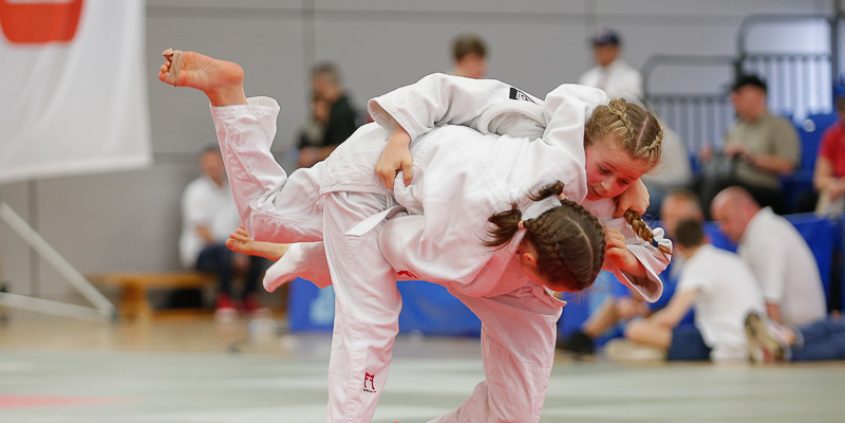 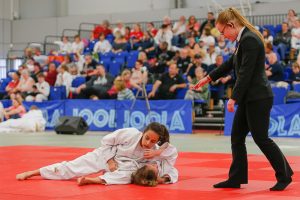 long with 250 coaches urging them on from the sidelines whilst an expectant and jubilant crowd enjoyed every throw, every grapple and every hold.

Each day began with a moments silence followed by a rapturous applause to celebrate the life of Roy Luff, who sadly passed away last week.

Head of Events and Competitions, Rob Hartley said: “I am delighted with the event and the level of competition this 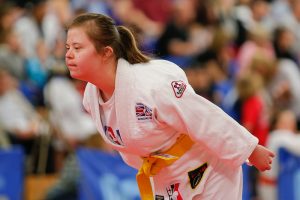 year. It was fantastic to see so many competitors, coaches and schools at the competition and the atmosphere today has been electric.

“It was also great to see Roy Luff acknowledged in the morning, as well as the outstanding junior referees and officials awarded for their work at the event with the Ken Webber and Jerry Hicks trophies.

Our volunteers are the lifeblood of this event and we couldn’t have done this without their help. I would like to thank everyone – the referees, table officials, coaches, competitors, British Judo staff, and the schools themselves. It’s been another fantastic weekend of judo and we look forward to seeing you all again next year.”

The event was once again supported by numerous junior referees and table officials to continue the development of the British Judo Association’s array of officials. Wynn Williams, was awarded the Ken Webber trophy for Outstanding Young Referee of the weekend by British Schools Judo Commission member, Sue Collins.

Photos from this weekends competition can be viewed on the British Judo Facebook page here, with high resolution photographs available to purchase from www.mikevarey.com from Tuesday 11th April.

GB Judo Weekend Review 08-09 April 2017 Scroll to top
Select the fields to be shown. Others will be hidden. Drag and drop to rearrange the order.
Click outside to hide the compare bar
Compare