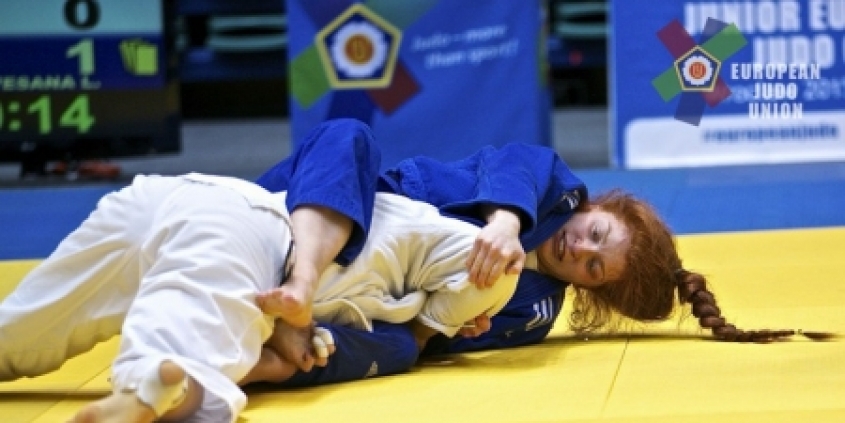 It was a pretty successful weekend for British judoka as they came away with 14 medals across three different competitions alongside a number of other impressive performances.

Ben Fletcher (-100kg) had the perfect birthday present after winning gold at the Casablanca African Open on Sunday 13 March. This was Fletcher’s fourth Continental Open medal and in beating Italy’s Domenico Di Guida in the final he added another 100 points to his Olympic qualifying total.

“It was a good day’s judo. I’m not sure it’s the best I’ve ever fought but I got the job done! It was really good in terms of getting points for Rio and to win it on my birthday just added to it!”

He was joined on the podium by Gary Hall (-90kg) who picked up his second Continental Open medal of 2016 while there fifth and seventh place finishes respectively for Amy Livesey (-63kg) and Tom Reed (-81kg).

Chamberlain came through some tough contests including an impressive win via strangle against Italy’s Walter Facente in the quarter-final. However the British judoka was unable to get the better of France’s Ludovic Gobert in the final and had to settle for silver.

Chamberlain was pleased with his performance on the day:

“I was pleased with my performance today. I’ve been paying a lot of attention to my ne-waza recently and it payed off today winning two of my fights on the floor. Especially catching Walter Facente with a choke was pleasing. Hoping to take the momentum onto Georgia Grand Prix in a few weeks and bring back another result.”

There were also fifth and seventh place finishes for Nathon Burns (-66kg) and Danny Williams (-73kg).

British judoka picked up nine medals in total at the first Junior European Cup of the year as the IJF Junior World Tour got started.

Jamie Leigh Whitaker (40kg) and Amy Platten (-44kg) both finished fifth in Croatia over the weekend in a strong field alongside ninth place finishes for Jasmine Hacker-Jones (-52kg) and Holly Jones (-63kg).

Full results from the weekend can be found on ippon.org and judobase.org

2016 IJF Referee and Coach Seminar held at the Kodokan

Bremen and Thuringia for British judoka Scroll to top
Select the fields to be shown. Others will be hidden. Drag and drop to rearrange the order.
Click outside to hide the compare bar
Compare