You are here: Home / Association news / Medal haul for Destination@BritishJudo at Ultimate Open in Edinburgh 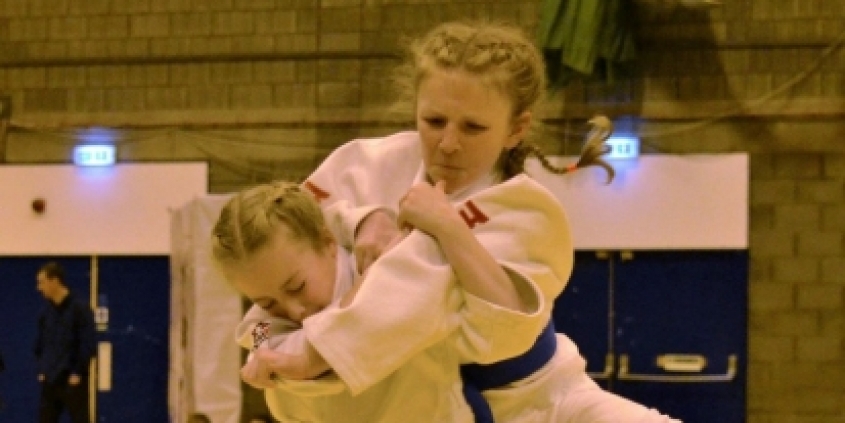 Destination@BritishJudo had a day to remember in Scotland with some impressive performances at the Ultimate Open in Edinburgh.

Over 64 clubs took part in one of four grand prix events run in Scotland each year.

13 of the 14 judoka that represented Destination@BritishJudo at the event came away with a medal, seven of which were gold.

12 year old Mae Bostock was also in rich vein of form and claimed Destination@BritishJudo’s second gold in the -40kg category.

“Mae is a very talented young girl and excels in any sport she does. I spotted Mae whist I was visiting her school four years ago she then came to one of my clubs at Spennymoor and she has never looked back”, said Destination@BritishJudo coach Glyn Fidgeon.

The future looks bright for Mae who was recently selected as part of the England squad for their trip to the Netherlands in June.

The team are now looking forward to the British Schools Championships at the start of April, where they hope to continue their fine form.

The youngsters are all coached by members of the Destination@BritishJudo team. British Judo are currently working with five squads in preparation for future tournaments.

Destination@BritishJudo run a range of classes across the North East. For more information visit https://www.britishjudo.org.uk/destinationbritishjudo.

Three continents and four competitions for British judoka Scroll to top
Select the fields to be shown. Others will be hidden. Drag and drop to rearrange the order.
Click outside to hide the compare bar
Compare