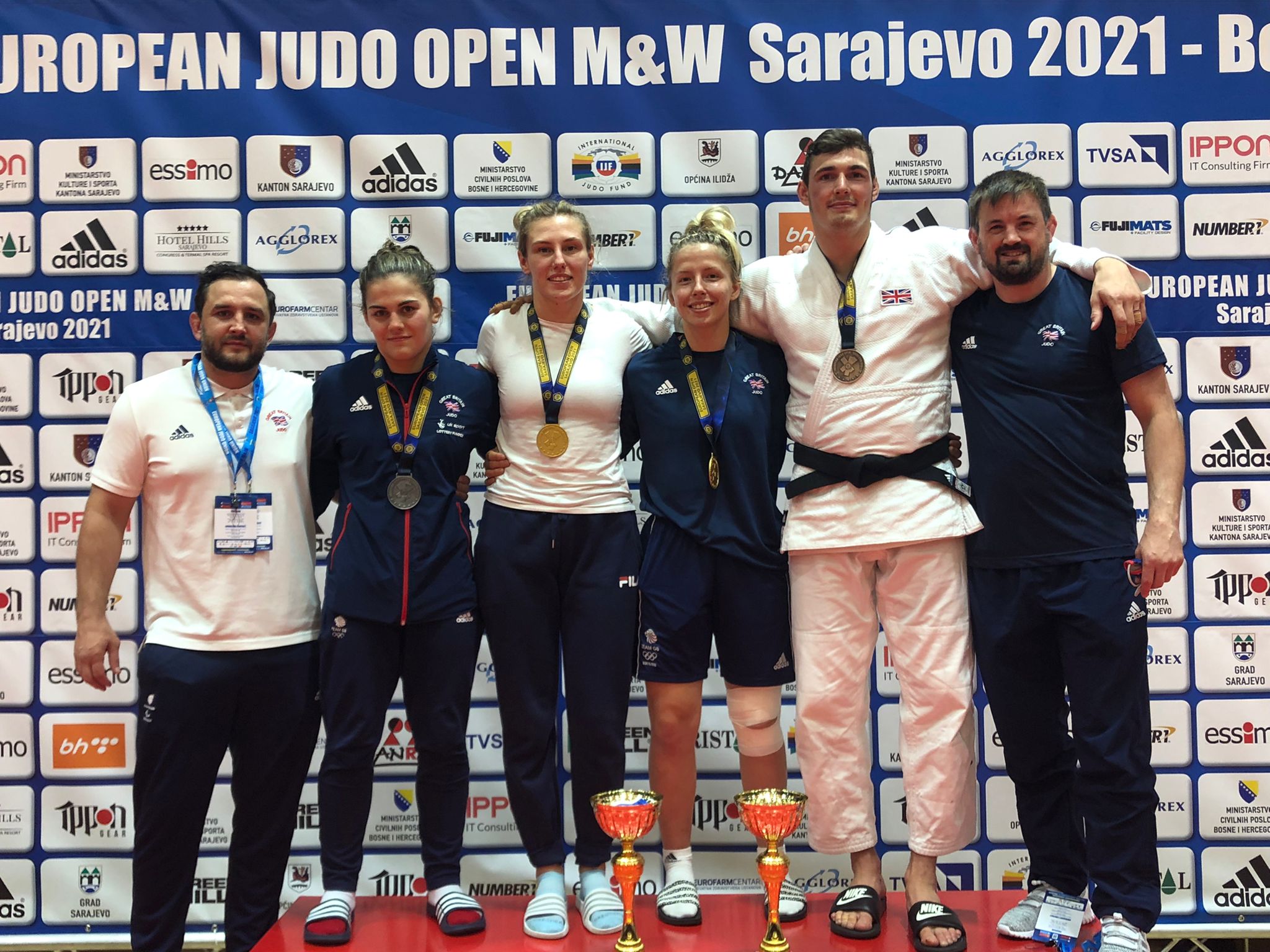 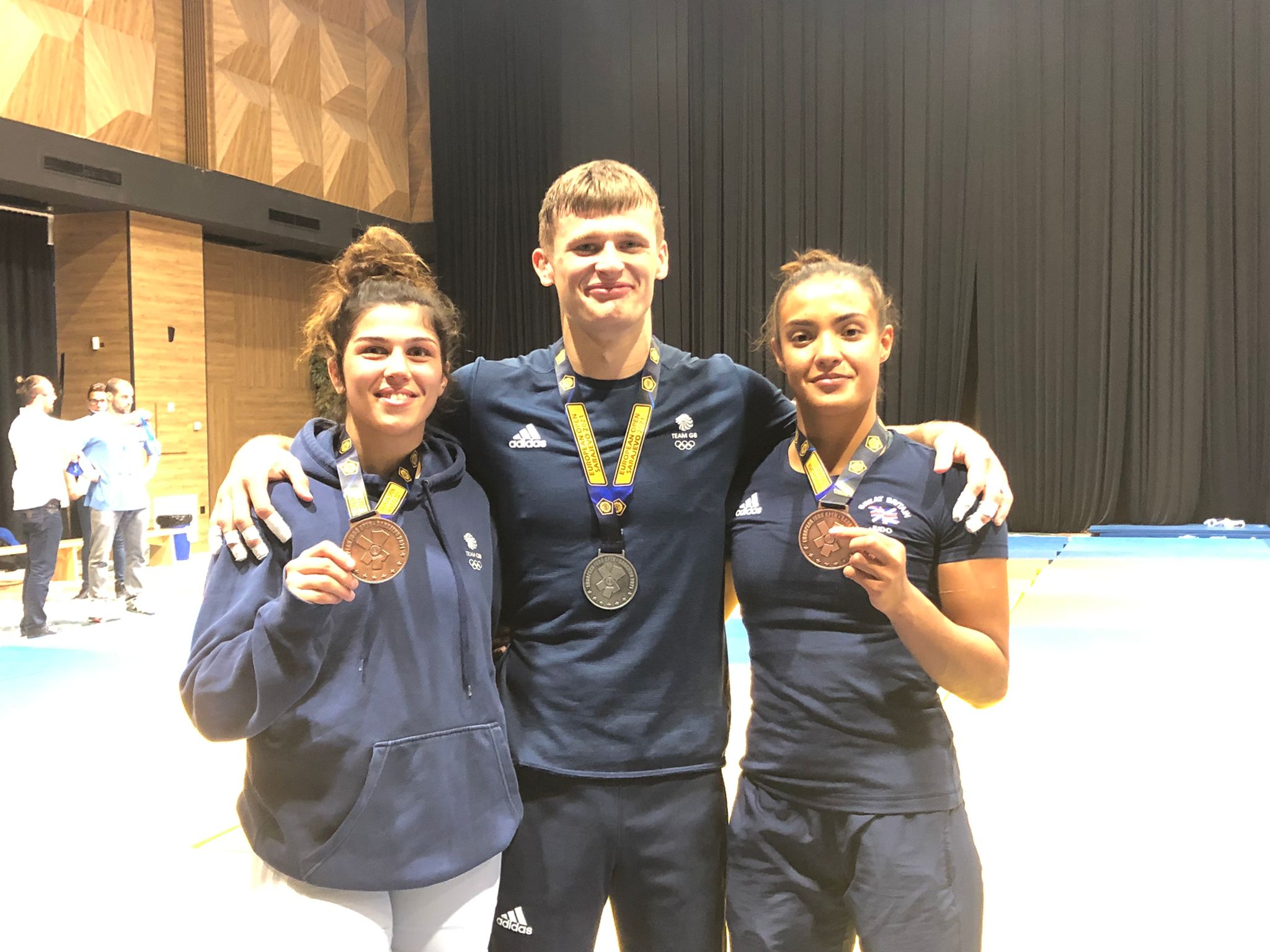 At this weekend’s European Judo Open in Sarajevo, GB Judo finished second in the medal table after winning seven medals across the two-day competition.

Kelly Petersen-Pollard and Emma Reid both claimed gold in the -70kg and -78kg categories respectively on the final day of competition.

Daniel Powell (-73kg) claimed silver on the opening day, a result matched by Jemima Yeats-Brown (-70kg) as she continues her return to competition following injury.

There were two bronze medals in the -57kg category for Acelya Toprak and Lele Nairne, whilst Harry Lovell-Hewitt (-100kg) also claimed bronze. 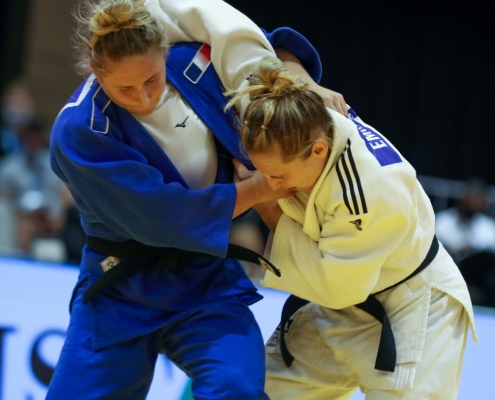 For Reid, this was her first time on the top step of the podium following bronze medals at the Prague and Odivelas European Opens and silver at the Bratislava European Open.

Reid entered as the No.1 seeded fighter and following an opening round bye, defeated Liz Ngelebeya (FRA) and Linda Politi (ITA) to set up final contest against Julie Pierret (FRA).

Reid registered two hold downs in the final to win gold and record her best result to date on the European circuit.

Seeded 1st, Petersen-Pollard had an opening round bye before defeating Ronny Gal (ISR), Andela Violic (CRO) and Silja Kok (NED) to set up an all GB Judo final with Yeats-Brown. 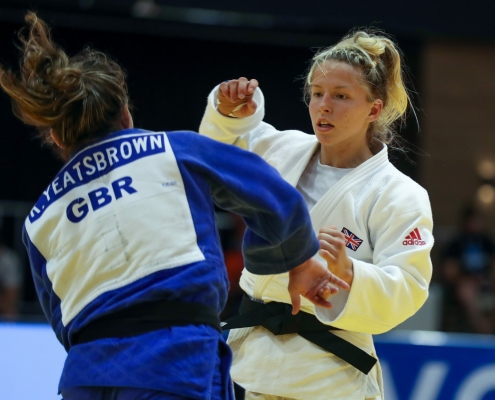 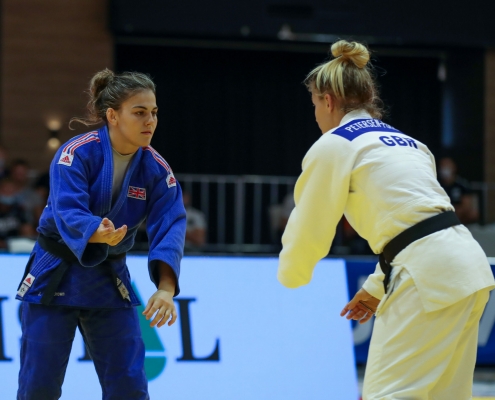 Third seed, Yeats-Brown also had an opening round bye before defeating Melanie Dhaiby (FRA), Maxine Heyns (BEL) to win her Pool before a further victory against Jorien Visser (NED) in the semi-final before facing Petersen-Pollard in the final.

At the end of the mandatory 4-minutes, the score was even with Yeats-Brown having two shidos. The match entered Golden Score where Petersen-Pollard scored via uchi mata for a waza-ari score after 16 seconds.

On the opening day of competition, Powell picked up his first individual medal since claiming bronze at the European U23 Championships in 2017, following 12-months out with injury from 2018-19. 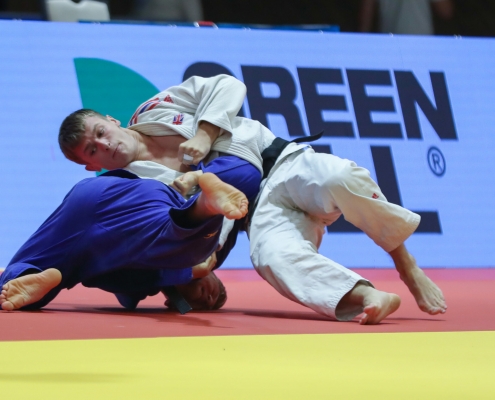 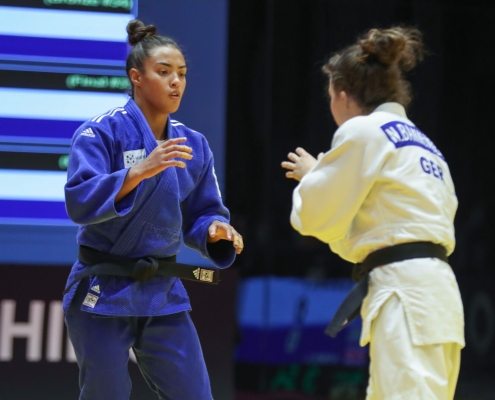 There were two bronze medals in the -57kg category as Lele Nairne and Acelya Toprak.

Nairne was competing for just the second time since picking up an elbow injury at the 2019 World Championships.

With the score level the contest entered Golden Score where Nairne countered her opponent to throw her for ippon and claim the bronze medal.

Toprak defeated Andjela Samardzic (BIH) in the second round, following an opening round bye. However, defeat in the qurter-final to Anne Kempf meant she was progressed to the Repechage, where she defeated Jana Ziegler (GER) to set up a bronze medal contest against Martha Fawaz (FRA).

Fawaz was a score up with just 30-seconds of the contest remaining when Toprak threw her opponent with a sasai-tsurikomi ashi for ippon score and claim bronze, to add to the silver and bronze medals she won last year at the Warsaw and Odivelas European Opens. 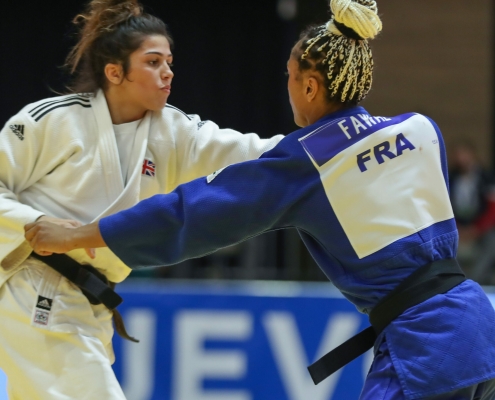 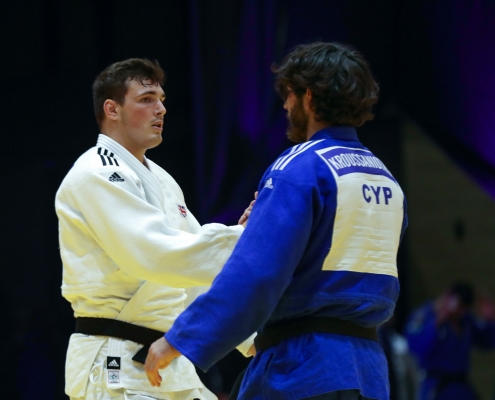 There was also bronze for Lovell-Hewitt, who was competing for just the third time since March 2019 following injury.

Victories against Abdulmuslim Barkalaev (RUS) in Round 2 and Andres Felipe Moreno (ITA) set up a bronze medal contest against Georgios Kroussaniotakis (CYP).

Kroussaniotakis picked up a third shido with 30-seconds remaining, handing victory to Lovell-Hewitt.

Lachlan Moorhead narrowly missed out on a bronze medal, finishing 5th in the -81kg category.

Next for the GB Judo team is the Zagreb Grand Prix which starts on Friday. Stay tuned to the British Judo social media channels for our preview later this week.

Coming Soon! 2021 British Judo Awards Evening Scroll to top
Select the fields to be shown. Others will be hidden. Drag and drop to rearrange the order.
Click outside to hide the compare bar
Compare