You are here: Home / News / Last 16 Defeat For McKenzie 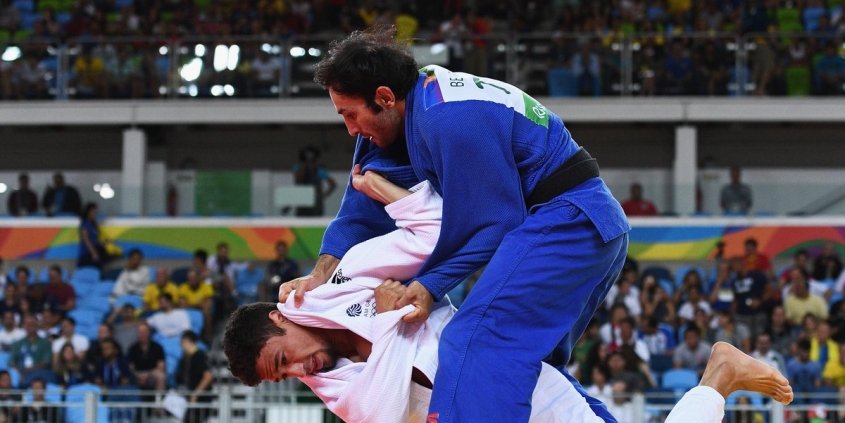 Ashley McKenzie (-60kg) produced some terrific judo on the opening day of judo at the 2016 Rio Olympic Games on Saturday 6 August but went out in the last 16 in a close contest to current World Champion Yeldos Smetov (KAZ).

McKenzie started the day against the dangerous Turkish judoka Bekir Ozlu who had defeated the GB athlete in the Abu Dhabi Grand Slam last year.

McKenzie was by far the better fighter throughout as he controlled matters and took an early lead by yuko before countering an Ozlu attack to score another. A third yuko late on made certain of the victory as the British judoka ensured his opponent wasn’t able to unleash any of his customary big attacks.

This setup a last 16 contest with Smetov and it was the British judoka who made the early running as he was close to score on a couple of occasions. However as the contest went on Smetov appeared to grow into it and with 90 seconds left took the lead by yuko.

McKenzie put the pressure on but was unable to get a score back as he just missed on a couple of attacks towards the end of the contest.

Colin Oates (-66kg) will be on the mat on Sunday 7 August with judo starting from 2pm UK time. Live blog coverage on the British Judo website will start from 12pm and all contests will be streamed live via the BBC website

Davis out in Last 16 Scroll to top
Select the fields to be shown. Others will be hidden. Drag and drop to rearrange the order.
Click outside to hide the compare bar
Compare
Wishlist 0
Open wishlist page Continue shopping